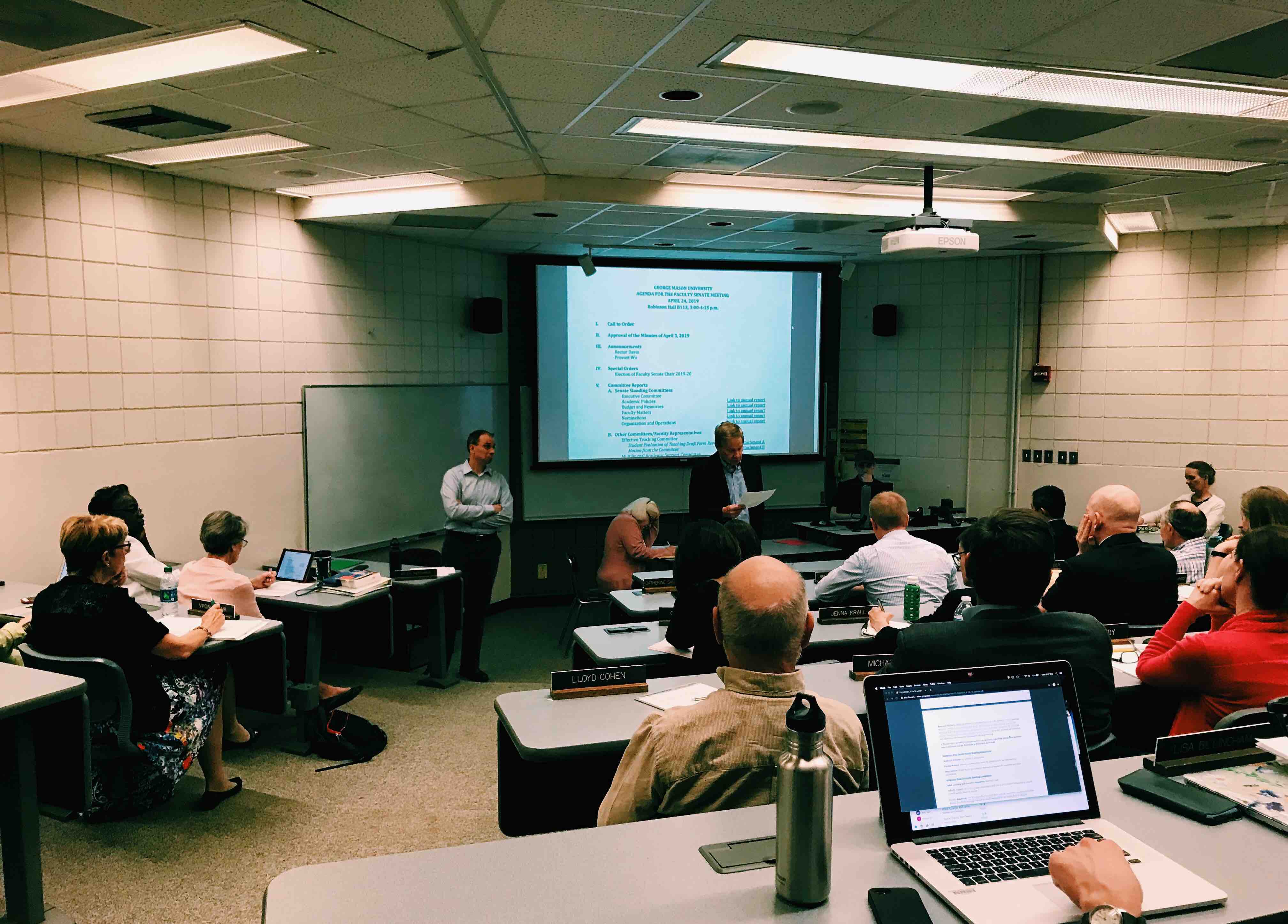 Mason’s Gift Acceptance Committee presented the new gift acceptance policy to Mason’s faculty senate on Wednesday, April 24. The new policy rules that any gift agreement with a signature from a representative of Mason will be completely subject under the Freedom of Information Act (FOIA).

Bethany Letiecq, a faculty senator and president of Mason’s chapter of the American Association of University Professors (AAUP), broke down the process of Mason’s Gift Acceptance Committee to Fourth Estate.

Letiecq explained that this committee developed in March of this year. “Following the university’s Internal Review Committee report and findings, the provost came back with a new gift acceptance policy and sought guidance from the faculty senate on some of the key areas,” she said.

“[Renshaw] also served on the Internal Review Committee and had a good working knowledge of gift acceptance issues,” said Letiecq.

“We had to work really fast,” Letiecq recalled in regard to the committee forming in March and presenting a solution by the April faculty senate meeting. “We were just so determined to have [a new gift acceptance policy] done by the end of this semester.”

Along with news that Mason’s gift agreements will now be public record, Letiecq explained that the policy also created a criteria list that would help crack down on class, faculty or department “capture” by the agendas of big donors.

“Based on the Internal Review Committee’s findings, the new gift acceptance policy now has this list of new criteria that would require a Gift Acceptance Committee review,” Letiecq said,

This list creates a set of standards for potential donors to review before giving a gift to Mason. It also explains that donors would have to meet with a development officer to review the terms and conditions that come with their gift.

“The officer would go through the list of criteria, and if there [are] any unclear terms, the donor’s gift would have to be reviewed by the Gift Acceptance Committee,” Letiecq explained.

Under this new policy, all meetings between potential and current donors and Mason’s development officers would be made public, along with all meeting minutes with members on the Gift Acceptance Committee.

Letiecq explained that the Gift Acceptance Committee was very happy with this new policy. “So far, people have been thrilled,” she said. “The provost did lead this task force with the goal of increased transparency. Historically, that might have been harder to achieve. This is a good example of different departments coming together and making consensus on a hard topic.”

In addition to crediting Wu and other members of Mason’s faculty and administration who were eager to make this change, Letiecq stated that Transparent GMU’s lawsuit against Mason and the GMU Foundation increased awareness on the issue of gift acceptance at Mason.

Transparent GMU’s case will be heard by Virginia’s Supreme Court this summer.