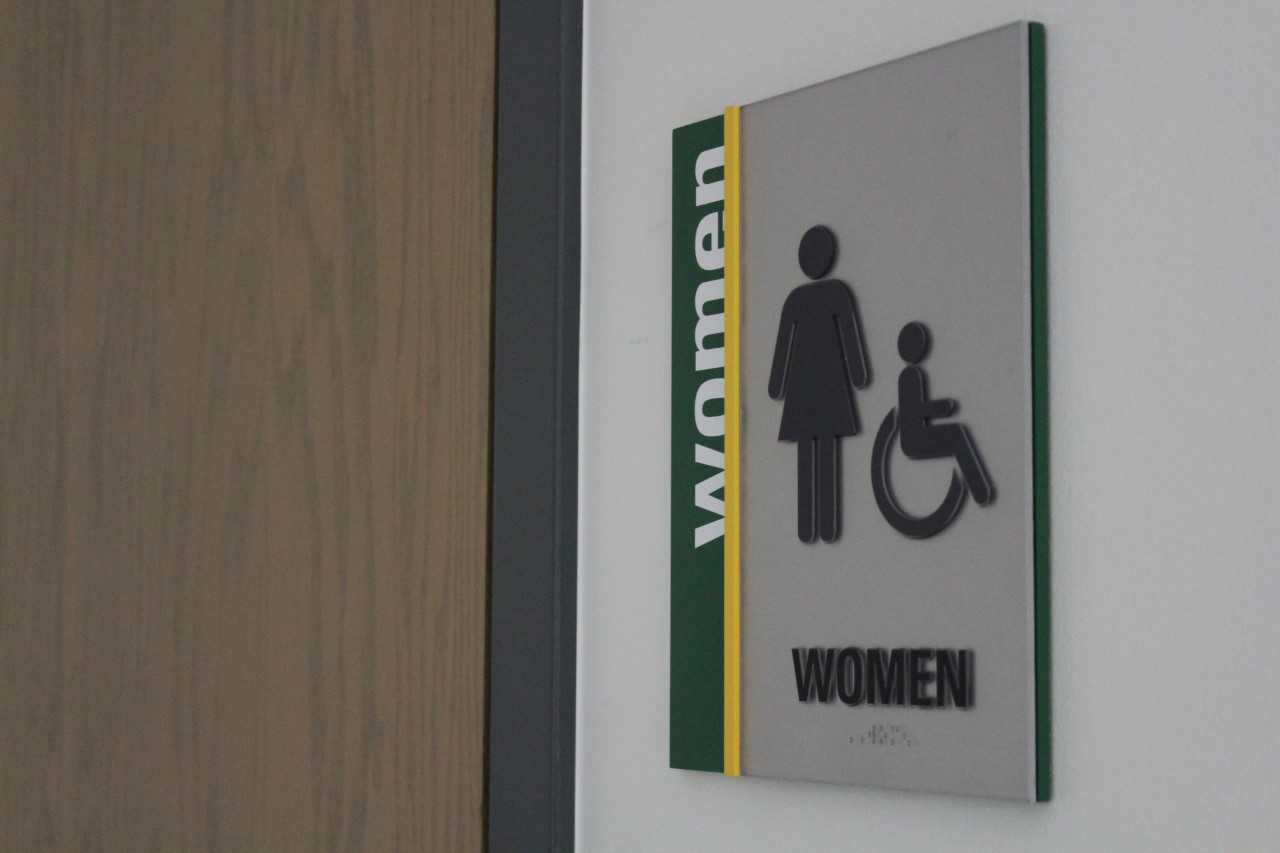 On Feb. 12, a Mason student whose identity has not been made public, was detained and questioned by Mason’s police department (Mason PD) after he was found in the fourth-floor women’s bathroom in Innovation Hall with a cell phone that showed recordings of female students. As of now, this student will not be facing any criminal charges.

Later, Mason PD obtained a search warrant for his on-campus residence and electronic devices. After the search warrant was executed, the suspect was cleared of criminal charges and referred to the Office of Student Conduct (OSC) for evaluation for potential disciplinary action.

Mason PD received a call Feb. 11 about a “a suspicious male who was seen in and around a women’s bathroom in Innovation Hall,” per a WJLA article. Responding officers found that the man had left the area by the time they arrived.

On Feb. 26, Mason PD released a statement notifying students that officers “found a man attempting to hide in that bathroom with a smartphone … that contained evidence of an attempt to film women in the bathroom.”

The statement concludes by elaborating on actions by Mason PD in response to the incident, including that the student was questioned.

As Fox 5 DC first reported back at the end of February, the student was not charged with any civil or criminal counts and is now being referred to the OSC for further investigation or punishments, if any, for his actions. According to Mason students, the student is still on campus without punishment.

Mason students expressed their frustration with the university’s lack of speed in notifying students. This delay is what many consider to be the most troubling, along with Mason PD not pursuing charges, while other students remain puzzled as to whether the perpetrator is still a student at the university.

One Mason student, junior Julia Craig, spoke to Fourth Estate regarding her feelings on the incident as a woman on the Fairfax campus.

“I’m very disappointed and angered by the way this situation has been handled,” Craig said. “The incident was disgusting and makes me and many other friends and students feel unsafe. How are we supposed to feel safe on campus when we can’t even know for sure that it’s safe to use the bathroom?” Craig continued, “[It] makes you wonder how much the university actually cares that we as women feel safe on campus.”

Craig told Fourth Estate that she was “very confused by the fact that the student isn’t facing charges. The daily police report refers to the incident as ‘unlawful filming of another.’ So, if it’s literally called ‘unlawful’ in the report, why won’t Mason PD pursue charges?”

Craig continued, “At the very least, the police department could tell us if the student is facing any consequences from the school or what they’re doing to prevent this happening again. I just want to know that it’s safe to use the bathroom as a woman at my own school, but they won’t even give us that.”

In an interview with Fourth Estate, Michael Sandler, Mason’s director of strategic communication and Mason PD’s public information officer, referred us to an email sent out to students Feb. 27. Sandler elaborated, stating that the police department “didn’t pursue charges because there was insufficient evidence, but they did refer the case to the Office of Student Conduct.”

When Fourth Estate asked about the status of the student at Mason, Sandler stated, “Because of FERPA, we are not permitted to discuss student records.”

FERPA (the Family Educational Rights and Privacy Act) is a federal law that focuses on student privacy.