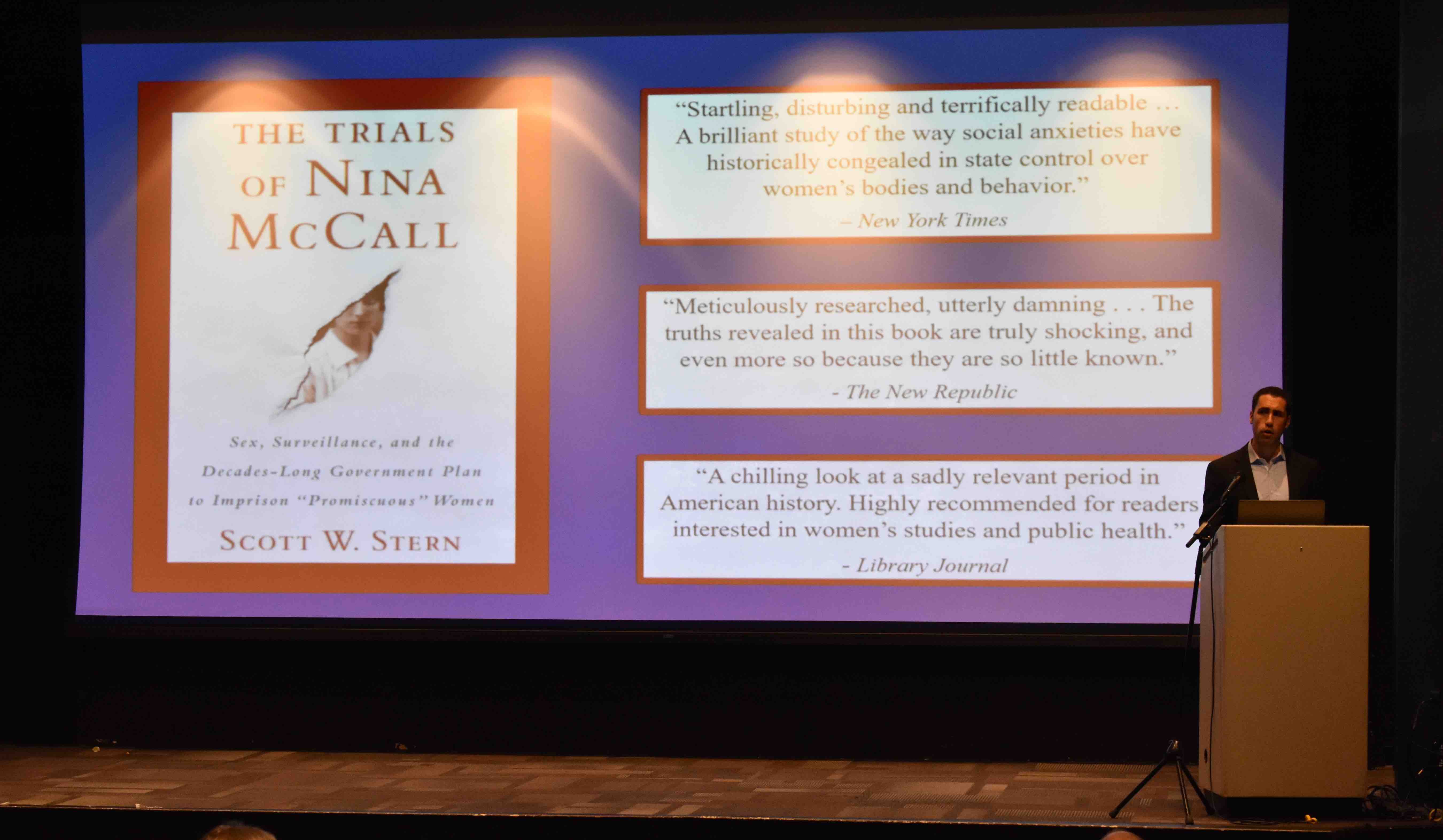 “The Trials” looks at the effects of the American Plan

Author Scott W. Stern visited Mason for Sexually Transmitted Disease (STD) Awareness Month on Wednesday, April 3 to discuss his recently released book, “The Trials of Nina McCall: Sex, Surveillance, and the Decades-Long Government Plan to Imprison ‘Promiscuous’ Women” and the American Plan. The book is about a government initiative in the first half of the last century to imprison women deemed promiscuous.

Stern is a Pittsburgh native and Yale University graduate whose college thesis about the American Plan received the Norman Holmes Pearson Prize.

Stern’s book examines the American Plan, which allowed law enforcement to detain and arbitrarily test women for sexually-transmitted infections (STIs) without their consent. If the test was positive, the woman would be thrown in jail.

Some reasons women were detained included being unaccompanied, being with a man, buying alcohol and buying alcohol with a man. Following detention, the women could be forced to face “treatment,” which often included mercury injections to “cure” their disease. Women who were prostitutes could also be sent to prostitution concentration camps.

According to a report released May 2018 from Time magazine, the American Plan was instituted by the U.S. government during World War I as a preventative method to protect soldiers from STIs. During this period, government officials were “empowered to scour the streets looking for any woman whom they ‘reasonably suspected’ of carrying an STI.”

The American Plan operated fairly consistently in many areas in the U.S. starting in the early 1910s and, in some places, continuing in the 1970s.

The book also includes an account of Nina McCall’s experiences, a woman whose doctor claimed that she had been “half-infected” with syphilis, despite her being a virgin. After arguing with her doctor, McCall was still given mercury injections.

According to Stern, this account demonstrates the treatment of women as well as other marginalized groups, and how the American Plan unfairly targeted them in its efforts.

Stern also said that accounts such as McCall’s, a White woman, are more commonly found than those of women of color or non-heterosexual women. African-American women and LGBTQ+ women faced heavy discrimination through the American Plan and were often considered the perpetrators of the STIs the plan aimed to address. According to Stern, these groups are some of the most silenced voices in American history.

In total, Stern brought a new understanding of how the American Plan was exercised in the U.S. and the specific groups it targeted.

Suspect Apprehended In Relation To Threats Against The University