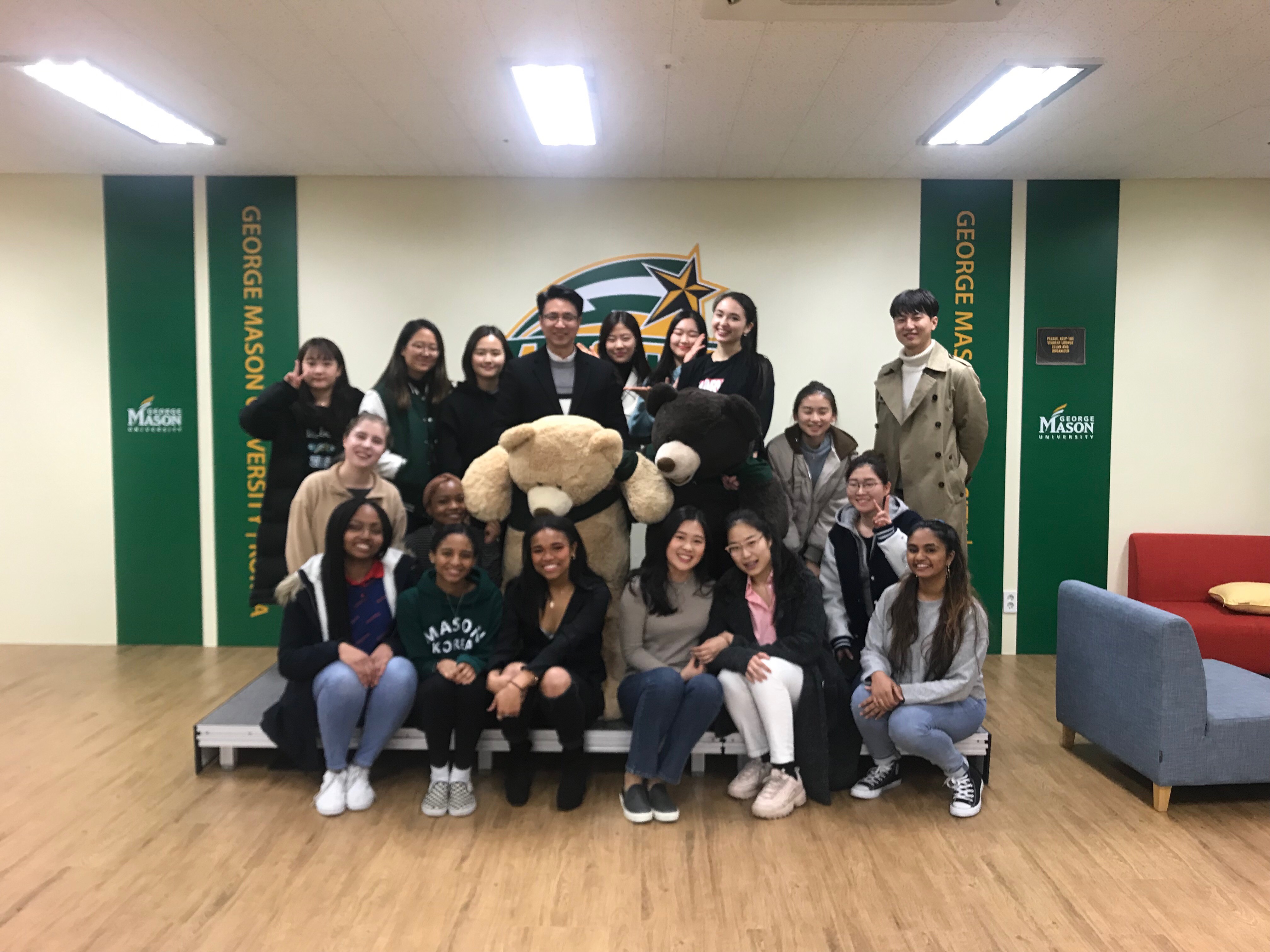 Jungho Lee, the Asian Boss NEXT Advisor, started off by mentioning “NEWS”—the acronym for North, East, West and South. Would it not be a dream if news could represent and give voices to all groups in this globalized world? Haseung Joung, the President of Asian Boss NEXT, questioned the group of interested students as to whether the everyday news is indeed authentic representations of the current experiences and perspectives, especially in the vast region of Asia. Based on their experiences as interns at the media company, Asian Boss, it was introduced what news could mean for the students upon joining the “Asian Boss Student NEXT”, right here at George Mason Korea and how the students could contribute by interviewing “Real People On Real Issues” and produce “Real News”.

Asian Boss is a media startup with more than 1.2 million subscribers, and strives “to bring the most authentic voices and perspectives on the latest news and cultural trends from Asia,” according to the channel description on their YouTube account. Their aim is “to decentralize the existing mainstream media and prove that anyone can become a reporter to deliver news and commentary by challenging the global youth to think critically and to challenge various cultural and social issues”. The CEO of Asian Boss, Stephen Park, had a vision of reflecting this global movement among the youth, which happens specifically at George Mason University Korea for the very first project with the young visionaries.

Members of this association, can expect to be pushed to the limit to think outside the box and share news derived from the most direct sources and opinions. Students will be running it entirely by themselves with the support of the campus’ Career Development Center and Asian Boss. Besides the learning experience, there is exposure of self-created content and videos on a widely viewed and somewhat vulnerable platform, namely YouTube. This way, there is bound to be global networking and be an outlet to receive constructive feedback. The student’s participation is recognized with a certificate at the recognition ceremony. It is an exciting society to join, if there is interest in planting seeds of diversely represented discussions to arouse positive change.

Even though everything is new and a first time, Haseung Joung said, “I think that’s the beauty of it. All we’re sure of is that we want to encourage students to talk about issues within our society that aren’t talked about and show them the power of spreading stories that need to be heard.”

Korean Age Calculation Methods: How Old Are You?