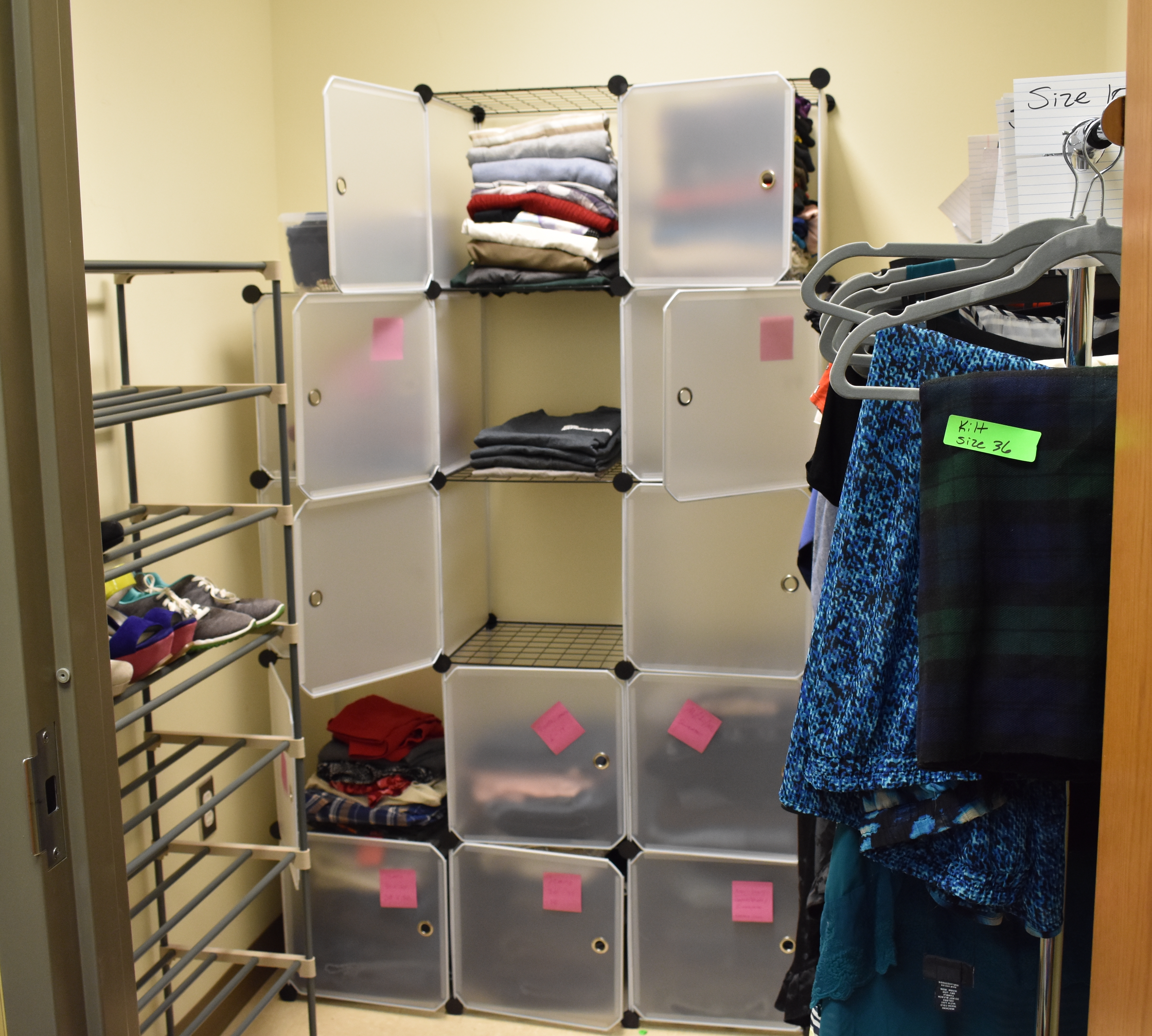 The importance of inclusivity in every space and aspect of life is often overlooked or taken for granted. The Office of Diversity, Inclusion and Multicultural Education (ODIME) + LGBTQ Resources recognized the lack of inclusivity in many spaces, specifically for people within the transgender and non-binary community, and decided to do something about it.

The associate director of the LGBTQ office, Josh Kinchen, and the assistant director, Lulu Géza Keleman, who goes by the pronouns they/them/theirs, have worked with members of the LGBTQ+ community to open Mason’s trans closet.

“There [are] some barriers that trans people experience,” Kinchen said. One of them is the experience of shopping for clothes. “What are the two categories of clothing sections?” he asked. “It’s very gendered.”

He continued, “For folks who either identify as [a] man or [a] woman, regardless of the gender expected at birth, [they] may not feel comfortable, because of how folks may perceive them.”

Kinchen said, “Also, there are a lot of folks who identify in a number of different ways, so they may want to access clothing from a number of sections around the store.” Too often, their safety and comfort are threatened.

“The other side of it is trans people face a disproportionate amount of employment discrimination,” Kinchen said. This financial aspect of the problem is even more important when faced with the statistic that 83 percent of LGBTQ+ students in America must pay for their education on their own, compared to 53 percent of those who do not identify as LGBTQ+, according to NBC.

This problem prompted many schools across America to open closets in which transgender and non-binary students and faculty can expand their wardrobe without feeling uncomfortable or unsafe. The opening of a gender-neutral closet at Mason was a priority for ODIME + LGBTQ resources.

The office opened the closet Friday, March 22. “We had our grand opening, and about 15 students came. The joy in the space was just palpable,” Kinchen said.

The closet has a mirror and enough space inside for students to try on clothing. There is also a tracking system in place that allows students to let the office know how many items were claimed. The clothing inside is not separated by presumed gender, only by size.

A couple of years ago, ODIME combined with LGBTQ Resources to form one office. “That partnership was very intentional,” Kinchen said.

Though they are now one office, each has a suite in SUB I. As a result of the combination, all the items that were in a storage closet in the LGBTQ+ suite were moved to a larger closet in the ODIME suite. That empty closet “opened up the possibility for creating the [trans closet],” Kinchen said.

So far, the closet has received between 300 and 500 donations since the announcement of its opening.

“We are going to have overflow at some point, so it will probably extend into our common space a little bit,” Kinchen said.

The next step is a partnership with Casa Ruby, a nonprofit bilingual organization that provides housing and social services to the LGBTQ+ youth and immigrant population of the Washington, D.C., area.

Every new batch is labeled so that, by the end of the year, the office can audit the clothing and assess which items have been there for a while. “Maybe our demographics aren’t excited about that particular item,” Kinchen said. Those items will be donated to Casa Ruby at least once a year.

“We really see this as a community initiative,” he said.

The office is seeking partnerships with various organizations on campus, including Patriot Pantry, which provides access to non-perishable food, toiletries and school supplies for Mason students who can’t afford them.

Donations will be taken all year round, and there are hampers in the LGBTQ Resources office suite, 2200, and the ODIME suite, 2400, in SUB I. The items should be freshly laundered, stain-free and free of unintentional holes. “We are taking all items, so shoes, boots, accessories, scarves, kilts,” Kinchen said.

For students who want to browse the closet, the doors are always open. “It’s an open space. They can just go in there and claim whatever they like,” he said. “We don’t use the word ‘take,’ because it’s theirs.”

There is also a form on the door for people to list the number of items they claimed “for assessment purposes,” as well as to give feedback on the closet and items.

“We made the intentional decision to call it the trans closet because we’re centering transgender, non-binary, gender-nonconforming people,” Kinchen said, “but we are not going to be checking IDs.” The closet, as well as the office, is open to anyone.

“We will never turn anybody away,” he said.

The reception has been really positive. “We’ve heard from lots of students that they’re excited about the resources here,” Kinchen said.

Kinchen and Keleman are exploring future collaborations with barbers and hairdressers who could provide other services, either free or discounted, to the trans and non-binary community. Kinchen explained, “It’s all about access for folks who may not otherwise have either financial access or safety access.”

Over time, Kinchen hopes to cater the closet to the needs of the community. He said, “We want to keep the same spirit of safe and inclusive access.”

On the Abroad Agenda