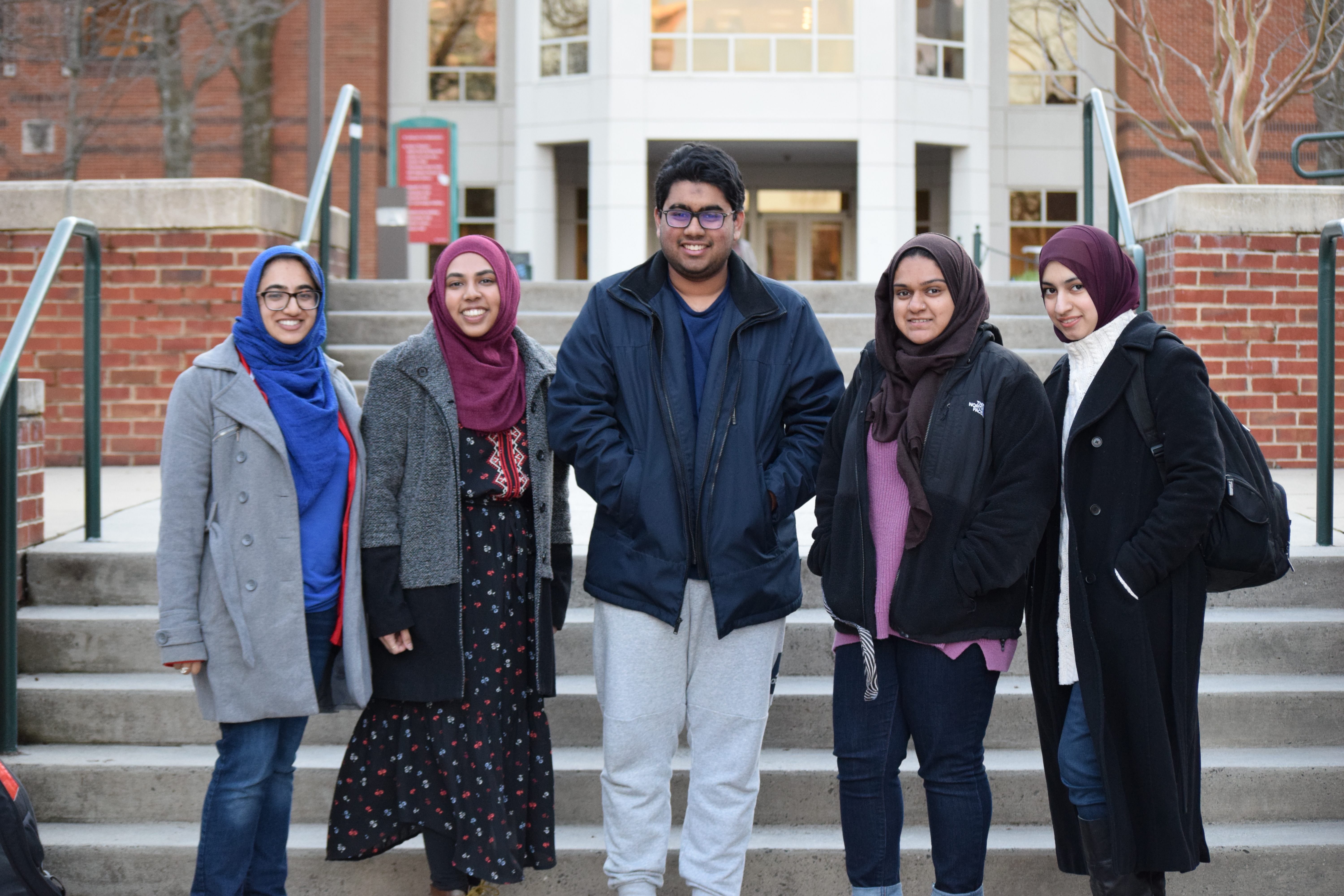 In the week following the Christchurch mosque shootings in New Zealand, where 50 people were killed and even more were injured after a gunman opened fire on two mosques during the mid-day prayer, the aftershock has spread into Muslim communities everywhere.

Senior Asma Rehman, the vice president of the Mason Muslim Affairs Council, felt this aftershock in her community. Rehman, who works at a Sunday school in a local mosque, said that the school experienced lower attendance than usual in the wake of the shooting.

“Parents are terrified,” said Rehman. “Whenever anything happens to Muslims in wherever around the world, they’re kind of timid to send their children to Sunday school. … Last Sunday, I had to have a lot of conversations with parents about what security precautions we’re taking [with] security at the mosque itself. … At the end of the day, there’s only words I can say, it’s not necessarily providing comfort. Some parents decide not to bring their students.”

“That’s what it’s come to at this point. In our Muslim communities we have to like — I would never think growing up like I would have to attend an active shooter [training],” she said. “But now I have to go because this might actually happen to me. It’s really terrifying. I remember feeling so scared when my dad went for Jumu’ah.”

The attacks reminded sophomore Omer Yousuf of the need to be “vigilant.” Yousuf, who dropped his brother off at school and attended Friday prayer after hearing of the shooting, was left shocked by the news.

“It left me speechless,” Yousuf said. “It wasn’t [a] surprise, but it was just a kind of a tap on the back of, ‘this is reality.’”

Another student, senior Sumbal Abid, was not surprised to hear about the shooting. “The fact that a shooting could happen on a Friday at a Masjid, anywhere, is something that I’ve thought about a lot actually,” said Abid.  “And it’s a fear that I’ve always had.”

Islamophobia is not new to Rehman. “I get the weird looks, and people assuming I can’t speak English, things like that,” she said.

Rehman also went on to describe an incident from 2016 where she was driving in Northern Virginia and pulled up next to a car that had a Trump sticker on the back. When she made eye contact with the woman in the car, the woman flipped her off.

“People don’t know anything about me and they still hate me,” said Rehman.

Yousuf has also experienced Islamophobia. “I was standing outside my mosque, and the mosque is on a highway and I was in the parking lot and I was with my youth coordinator and I was with my sister and it was a truck that drove by, for a moment rolled down the window, and said, ‘You shouldn’t be here, you ragheads.’”

He went on to explain that he didn’t feel that that was as directed at him as it was to his youth coordinator and sister, who are both female. “I think I have [experienced Islamophobia], but I think more so the woman of our community have,” said Yousuf.

Akhtar recalled feeling alone after the attacks occured after realizing that social media and celebrities were largely silent about the shooting. Social media played a unique role in this shooting because the shooter who carried out the attacks livestreamed the attack on Facebook.

“When the Paris attack happened, and when other attacks happen, there’s a Facebook filter for it, there’s celebrities that are speaking about it,” said Akhtar. “It’s all over the news … I mean, this was obviously all over the news, but it was just the news that was talking about it … there was silence across social media platforms. That was kind of really sad to see, because that made everything feel like the [gravity] of it felt even more, because I was like, ‘Wow, so we’re really alone,’ like no one’s really out there. Like we’re basically on our own, and we have to figure this out on our own.”

Abid also felt there was a lack of solidarity from non-Muslims, who echoed Akhtar’s sentiment that with previous attacks the public “is all up in arms and changing their Facebook profile pictures.”

Two days after the attack, Abid received a text message from her non-Muslim friend, who reached out to to Abid to apologize and give her condolences. Abid’s friend admitted to not seeing a lot about the shooting.

“She was honest with me,” said Abid. “She was like, ‘I haven’t seen anything about it. I didn’t even hear about it.’”

Despite the lack of media attention, local religious groups have reached out to the Muslim community.

“I think that we as Muslims have always felt unheard and underrepresented—and now that we do have Muslim congresswomen and men we feel a littel bit more, like, a sense of belonging,” said Abid. “But at the same time, those same people, like Ilhan Omar, are very marginalized and put to the side and attacked everyday in the news, so it’s still a uphill battle.”

Rehman feels that Muslims are often confused as being “a separate entity.”

For both Abid and Akhtar, the response from New Zealand Prime Minister, Jacinda Ardern, in the days following the mass shootings helped them make sense of the shooting.

Ardern quickly announced the ban on “all military-style semiautomatic weapons, all high-capacity ammunition magazines and all parts that allow weapons to be modified into the kinds of guns used to kill 50 people at two mosques in Christchurch last week,” according to an article by the New York Times.

The prime minister was also seen wearing a hijab in solidarity with the Muslim community and paid for the funeral costs for all those that died in the attack. The people of New Zealand, including Ardern, also listened to the call to prayer live last Friday which was followed by two minutes of silence, according to an article by AP News.

“Our communities are trying to deal with it the best way we can, and try (sic) to be practical,” said Akhtar, “But it would be nice if there was, like, people from the outside who could just reach out.”