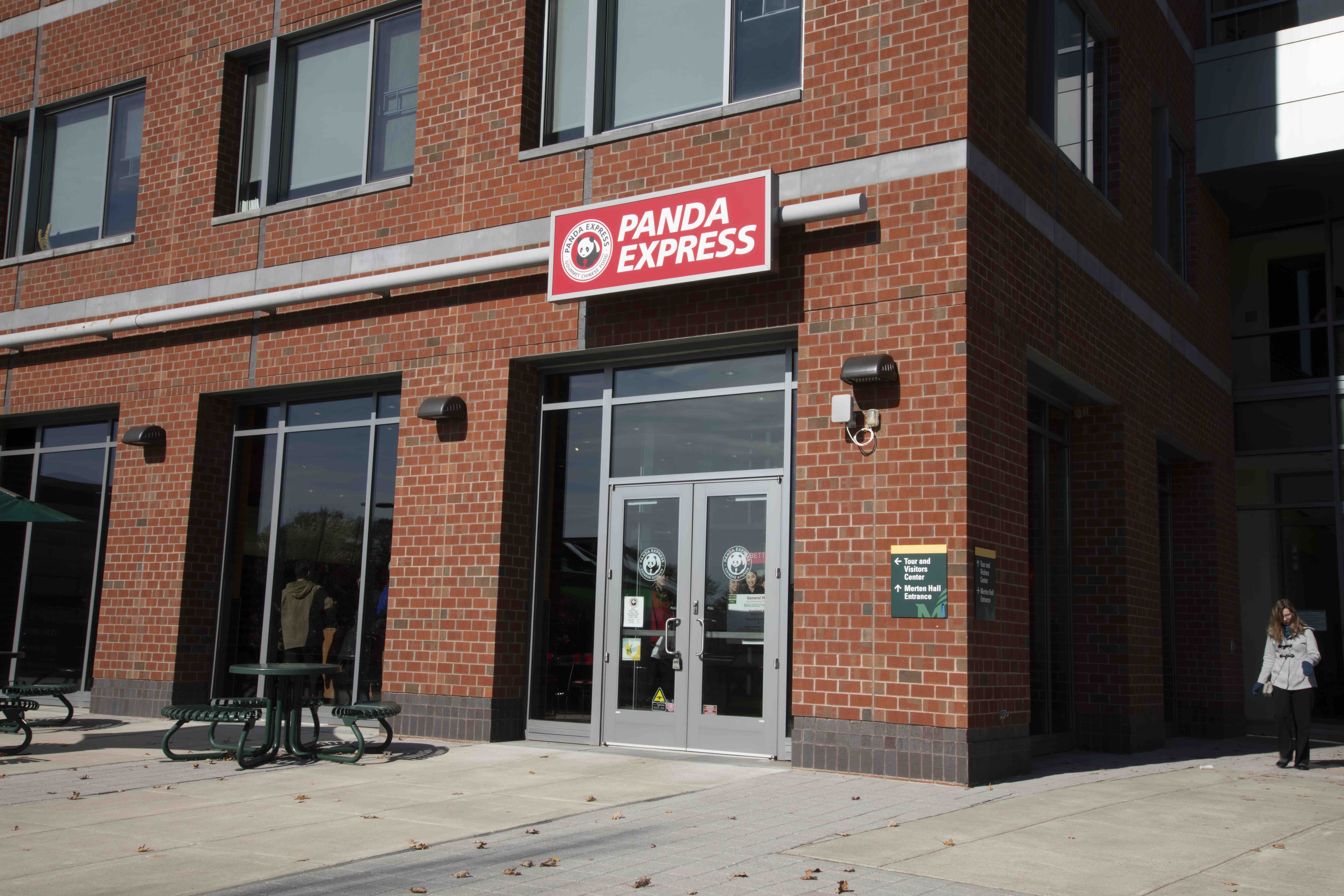 On Oct. 28, a Muslim woman walked into Panda Express to order food. She was wearing a niqab and was allegedly denied service by an employee, according to a post on the GMU Generalposting Facebook page.

The student who originally posted about the incident on Facebook, Sara Gibson, later explained, “I was sitting there eating and she was stopped at the door by an employee that looked like they were on a lunch break or something. They went back and forth after the employee made a gesture — an up and down motion by her nose and face.”

Gibson continued, “The [Muslim] woman went to the counter and another worker and her got into an argument. It seemed like she said, ‘No, we’re past that’ in terms of her getting food. They [the employees] offered to still give her food but she didn’t want it and demanded to speak with a manager multiple times.”

Fourth Estate was not able to locate the student involved in this incident.

The Panda Restaurant Group did not provide further information about what had occurred, but stated, “In light of this incident, we have retrained our staff and taken appropriate action with all involved parties.”

The allegation drew the attention of seniors Maleeha Darab and Abdullah Jamil, who decided to create awareness flyers titled “Too Afraid to Look into My Eyes.”

“Our main goal was educating people just because of how far education can go, how fast word spreads, and education really is a domino effect,” Jamil said.

Darab and Jamil had initially been distributing flyers around the Johnson Center about African Americans who had died from police injustice, and extended their project to teach about the cultural meanings of the hijab and niqab in light of the alleged Panda Express incident.

Besides the flyer they created, Jamil and Darab offer additional guidance and education on their blog post, “They Forgot.”

“The biggest stigma about the hijab is how women are oppressed,” Jamil said. “That’s what we’re trying to address in the blog post specifically. If the mindset is that women are oppressed then Islam becomes kinda scary. If we address what Islam really is, it takes away that ‘scare factor.’”

Darab reiterated the sentiment. “Me being a visibly Muslim woman wearing the hijab — it’s like your identity is always showcased for everyone to see and people make their judgments against you ASAP,” she said. “Let’s use our voice to raise awareness about her story and make sure this is something that doesn’t happen again.”

Darab and Jamil also expressed how Muslims and non-Muslims can be great advocates for justice.

“In general, the political climate [in the U.S.] right now, with the amount of hate and bigotry that’s being spewed from up above, I think it’s normalizing how my hijab is a symbol of hate and fear. [The hijab] isn’t supposed to be like that,” said Darab.

Darab continued, “It would actually be nice for people to come out to our Friday prayers to have some sort of solidarity with us. [The Panda Express encounter] is a problem that’s supposed to ache everybody. It’s a human problem.”

In an email to Darab and Jamil, Mark Kraner, the executive director of campus retail operations wrote, “I can tell you that today the staff at this store will be receiving training on inclusivity and diversity.”

Kraner continued,“The staff members that were involved have been suspended until the investigation is complete. They will not be returning to this store no matter what that determination is.”

Fourth Estate reached out to Interim President Holton’s office for comment. University spokesperson Melanie Balog, responded.“George Mason University strives to create an inclusive environment where all can thrive,” she said. “We expect all of our students to be treated with respect and condemn this act of intolerance.”

She continued, “The university applauds Panda [Express] for taking swift action after learning of the incident and dealing directly with the employee involved. The university also worked with the company to reach out to the student to apologize for the treatment she received. We recognize the diversity of our campus community as one of our core strengths, and we regret when any of our students are made to feel unwelcome.”

Omar Ahmed, senior and current president of the Muslim Students’ Association (MSA) said, “I don’t think Mason has a history of being discriminatory against Muslims, but I think this really was a case of a bad employee.”

MSA released a statement about the alleged incident at Panda Express. In the statement, they described the occurrence and Kraner’s response. “The Muslim Students’ Association wants to assure our student body that we are diligent and active in fighting against anti-Muslim sentiment on campus and in our community,” MSA wrote.

“Diversity is beautiful,” Ahmed said. “You can learn so much about people by interacting with them rather than [succumbing to] perceived notions or bias.”

Ahmed added, “MSA encourages our members to be active, be voices for themselves and for the larger Muslim community.”