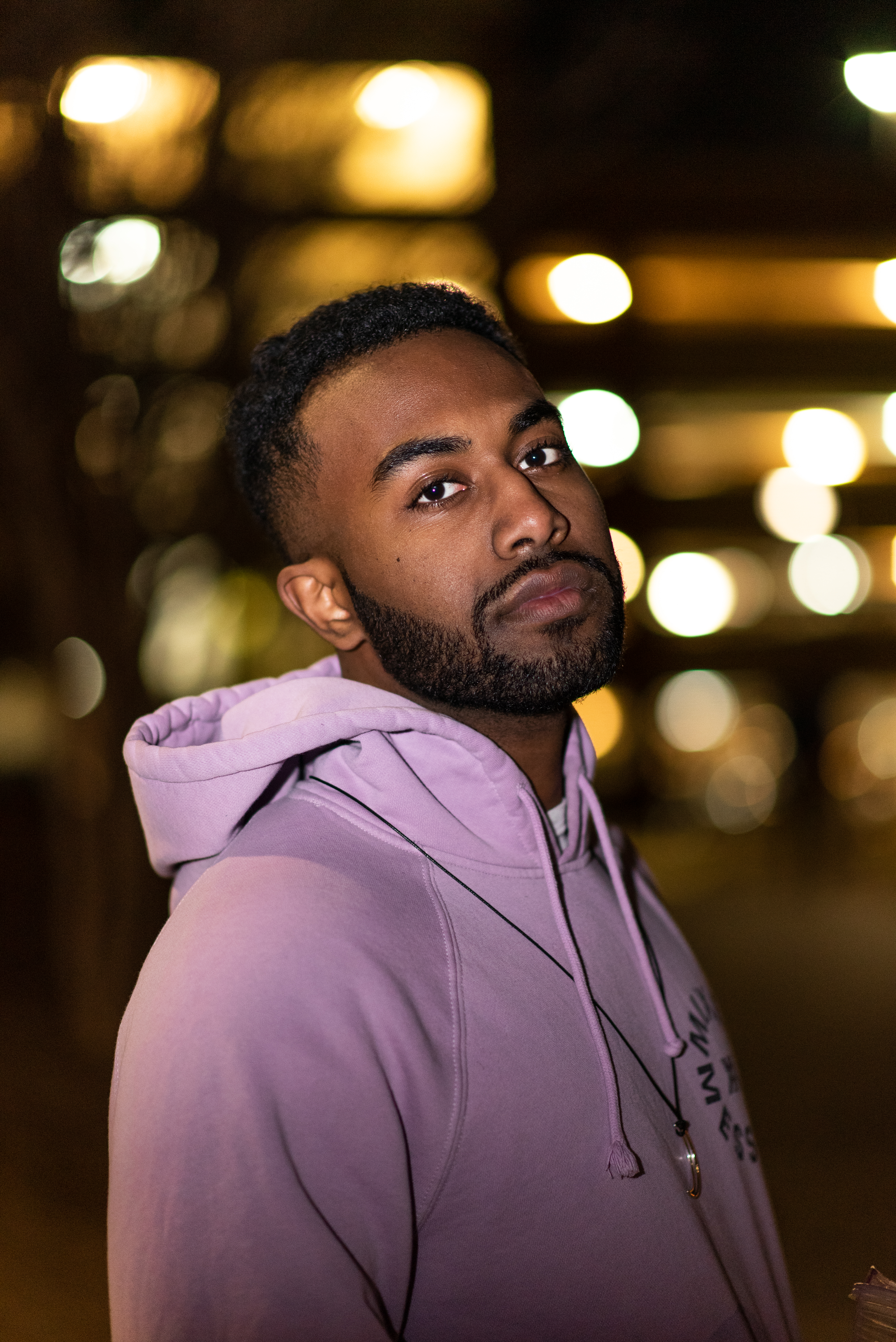 Ahmed Khalafalla, or A.S.K., is a business marketing major, a Richmond native and an up-and-coming rapper with dynamic sound and clever lyricism that will leave you wanting more.

“Music is a catalyst in my life and it’s very therapeutic,” Khalafalla says. “Every time if I don’t understand something, I’ll just blindly write whatever and then try to understand what I’m talking about. It helps a lot. Around late high school, I started to get breakdowns, and I was really concerned with who I was as a person. I didn’t feel comfortable [with] who I was. I knew there had to be more.”

Khalafalla continued, “During this rough time, I was writing a whole bunch and making a project called ‘Intricate Introvert.’ That was my most dark project ever. It listed out all my troubles and thoughts, my addiction to cigarettes and weed, and stuff like that. That alone, just listening to it shows that regardless of what point you’re at you can always bounce back.”

A.S.K. most recently performed at the Black Student Alliance (BSA) fashion show here at Mason, as well as at Mason Day. He says that the fashion show was one of his “top three favorite performances ever.”

“Performing…the energy, it’s ethereal,” Khalafalla said. “I performed at the fashion show for the BSA recently, and at first I was super nervous because I hadn’t performed in front of a crowd in months. So I didn’t know if I was rusty, but afterwards I just realized that I’m just gonna do what I do best. I could tell, I could feel people focusing on me and what I’m doing. It feels like, you’re in the spotlight, you can do whatever you want. If they do judge you, like ‘oh, why is he dancing like that?’ It’s like, ‘because I can.’ I have the opportunity to do that, and it doesn’t really matter [what others think].”

Khalafalla truly embodies the spirit of Mason while he works on his business marketing degree, which he says will help him “understand how to captivate an audience. I have noticed that people notice me more because of what I’m doing and how I’m marketing myself.”

“It took a long time to really accept who I was. Before, I used to kind of reject that culture. I just felt like it was being pushed on me, and I didn’t like that,” Khalafalla said. “But later on when I started doing music, I started getting signs that ‘hey, this is who you are. You’re Sudanese,’ and that’s my culture and heritage, and I want to represent it and show off this is who I am, this is my culture. I wrote a freestyle on Sudan, and ever since then, it’s always in my [mind] that that’s what I rep.” 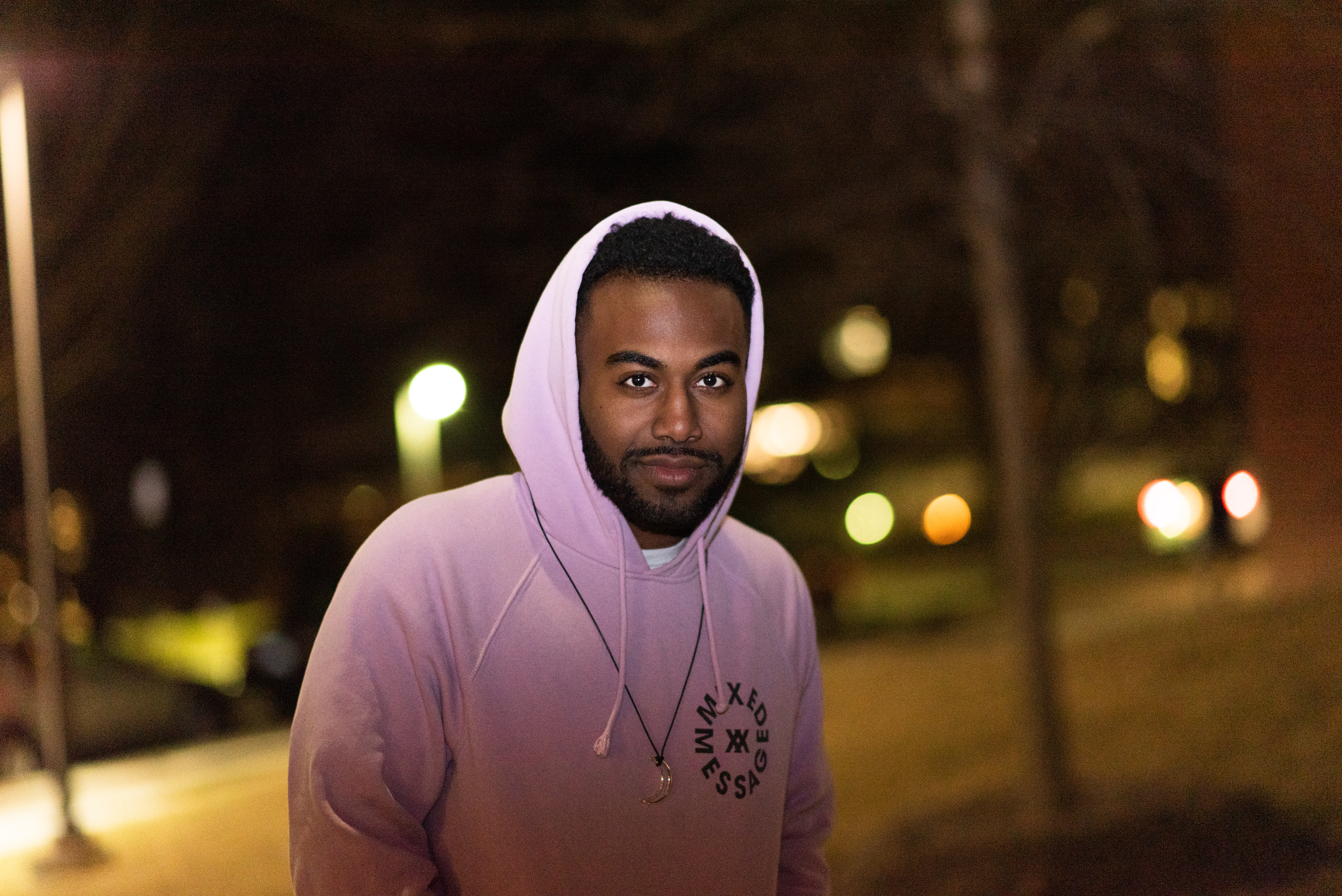 Khalafalla states that his music is heavily influenced by “Kendrick Lamar, Childish Gambino, Earl Sweatshirt and Anderson Pac.”  His work can be streamed on Spotify, Youtube and Soundcloud. As for favorite songs of his, he says that his top two are “Euphoria” and “Summer”.

“[Euphoria was written] before my first year in college. I wrote it down because I went on a walk with my brother and we were talking about like real life things that we didn’t understand. That song alone is me eliminating anyone or anything trying to stop me, regardless of how hurt I am,” Khalafalla said.

Ultimately, Khalafalla’s message to his fans is, “Change your mindset.”

“There’s far too many people that are unhappy with what they do every day,” he said. “I’ve seen people put away their dreams because of financials or whatever.  When you fully realize who you are as a person and you take that time to develop that craft there’s nothing that can ever stop you.”