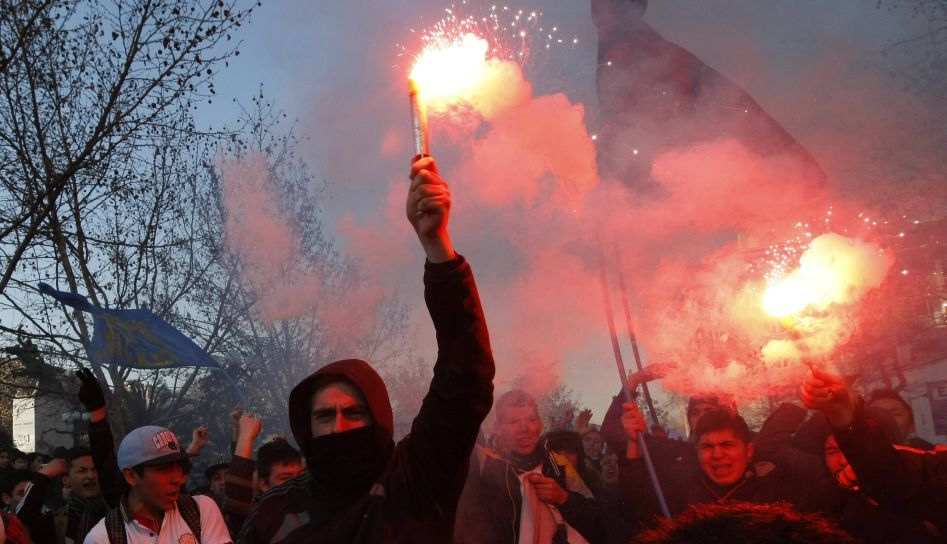 We’ll be fighting in the streets

With our children at our feet

And the morals that they worship will be gone

And the men who spurred us on

Sit in judgment of all wrong

They decide and the shotgun sings the song

-First verse of “Won’t Get Fooled Again” by The Who

President Trump tells me the United States is currently under a national emergency declaration. But using the highly scientific observation tool known to scholars as “my window,” everything seems to be going along just fine. Seems we’ve been fooled.

Yep. The United States, the country you live in, the one where you enjoy a quality of life that billions around the world envy, is currently in such incomprehensible chaos that there are 32 national emergencies declared at the same time.

However, the chaos in government doesn’t end there. There are state governments too. For example, the governor of Virginia remains Ralph “Sorry I Did Blackface, Never Mind I Did Blackface Another Time Just Not That Time” Northam. The lieutenant governor of Virginia remains Justin “Believe All Women Except Those Two” Fairfax. The attorney general of Virginia remains Mark “Elected Officials Who Wore Blackface Should Resign Unless They’re Named Mark Herring” Herring. Has there been a time when all three executive offices in a state (or commonwealth, rather) were surrounded by this much chaos at the same time?

Despite this, I look out my window here in Virginia, and everything seems to be clicking along. People still go to work, go to school, take care of their kids, go to the movies, go to church, buy groceries, go on dates and do all the other good things that people usually do.

However, people still break into cars, speak rudely, fight each other, cheat on tests, spread hurtful rumors, lie to their families, judge people harshly and do all the other bad things that people usually do.

There is this odd notion in many minds that the government has the power to dramatically change society for better or for worse. It follows logically from that belief that politics ought to be life-consuming. If the government can change anything at any time for any reason, it’s vitally important that the politicians you like run the government and defeat their opponents.

This is not an endorsement of apathy. Many Americans make no effort at all to understand issues. Around half of the voting-eligible population doesn’t vote, and ignorance abounds about how the government is structured. The founding fathers designed the Constitution with the assumption of an engaged and educated public that debated issues in good faith—it was what they were used to. If you don’t believe that, read some Federalist Papers and keep in mind they were printed in newspapers for a general audience.

Our Constitution prescribes a limited government that can’t change everything at once and often can’t change anything at all. Thank goodness. If you want to live in a country where every political decision matters to your day-to-day life, North Korea is glad to have you (and never let you leave).

Please have healthy debates about national emergencies and what should lead to a politician’s resignation. But next time you feel like those debates are your whole life, look out the window and ask yourself whether you’re getting fooled again.