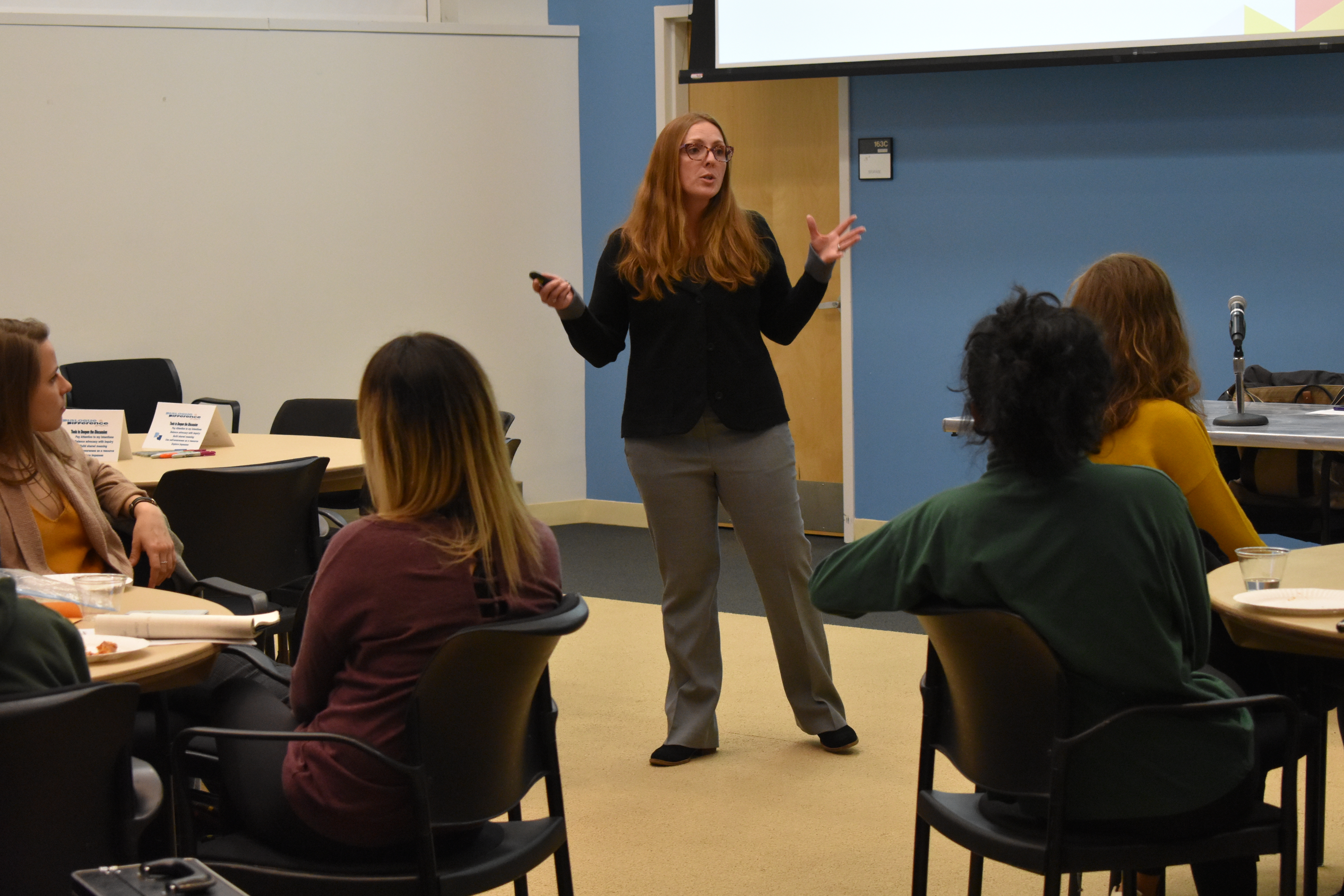 On Wednesday, Feb. 13, the Dialogue and Difference Project hosted the first of their three events planned for the Spring semester. The event series is focused on the topic of human rights.

“The events are designed to be as student-driven as possible,” explained Dr. Patricia Maulden, a faculty member with Mason’s School for Conflict Analysis and Resolution. The topics for these event series are chosen between semesters and are centered around ideas of ongoing interest for Mason students.

The event began with a speech from Mason’s School of Integrative Studies professor Dr. Danielle Aldawood. Then the audience was broken up into three small groups to discuss questions relating to the nature, enforceability and conception of human rights.

Interns for the Dialogue and Difference Project served as mediators for the group discussions.

One of the interns, Dora Najera, said she was hopeful the event would allow people from all different backgrounds to come together and have an open discussion on human rights from various perspectives.

Another intern, Dorian Degrandez, said they were trying to “create a space where people can come together to bounce ideas off each other.”

Degrandez also described the role of the interns as moderators. “We aren’t micromanaging every detail. That would defeat the whole purpose of the event.”

He explained that all the interns felt the Dialogue and Difference Project event was an avenue for attendees to build off of each other’s ideas and learn about different backgrounds and perspectives.

Attendees expressed interest in the open-discussion portion of the evening, which provided a safe space for all attendees to share their thoughts.

Arturo Barrera, a Mason student who attended the event, explained that he was initially nervous about attending.

“Your ideas may not sit well with [others],” Barrera explained. After the event, he said that his initial anxieties were relieved, and he plans to attend future events hosted by the Dialogue and Difference Project.

Upcoming events with the Dialogue and Difference project include discussions on sustainable development on March 19 and corporatization on April 16. Among other panelists, the former will include Eric Mariabojoc, who is the executive director for the Center for Real Estate Entrepreneurship and is associated with the Mason’s School of Business.