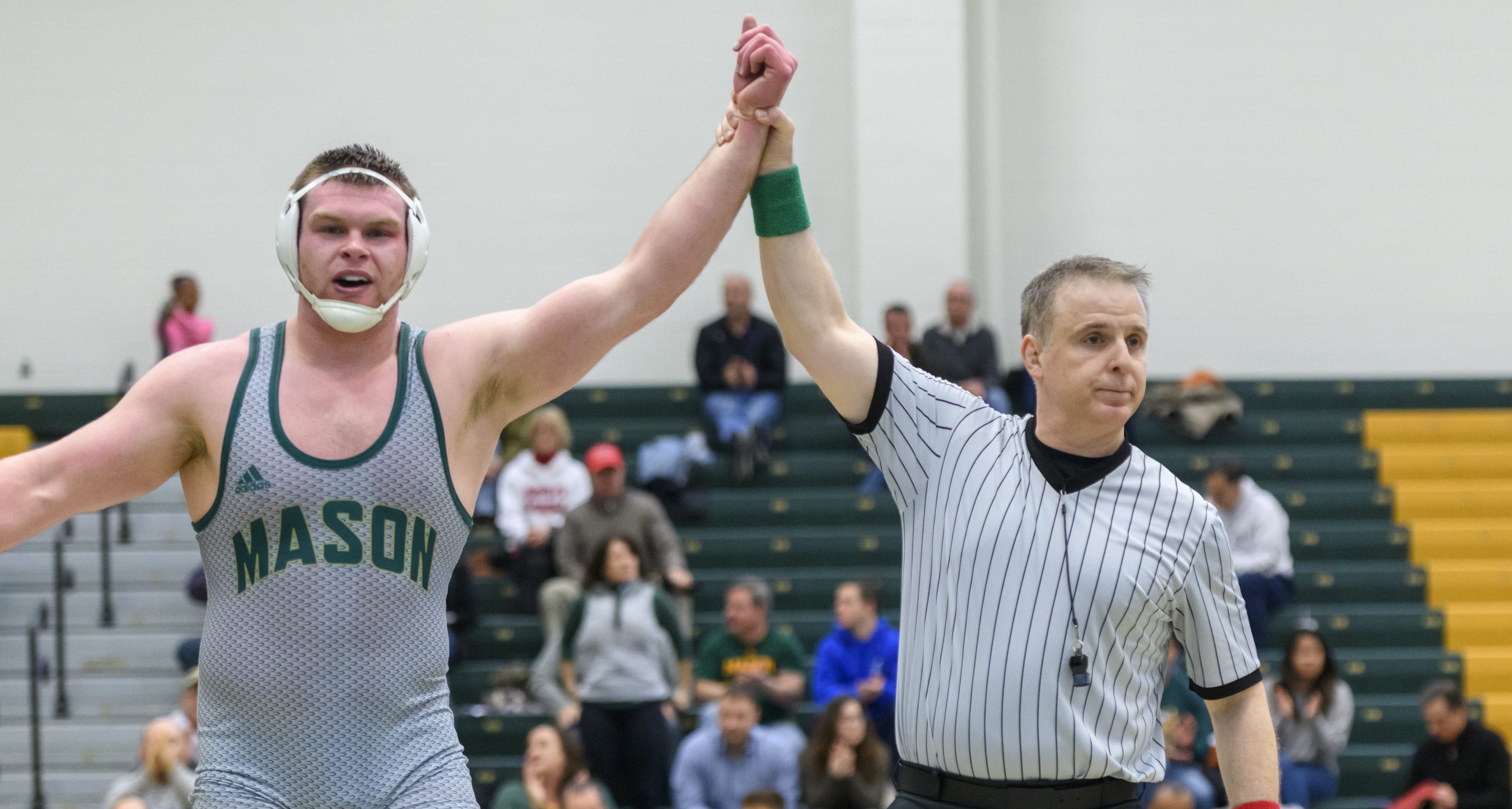 “I started wrestling when I was six years old, and I’ve been doing it ever since,” said redshirt senior Matthew Voss.

“I would be wrestling around with my little brother in the house and my dad asked us if we wanted to try to actually wrestle [and] we said ‘Sure,’ so good and young, and it worked out,” he continued.

Voss grew up playing a variety of sports including baseball, football, a little bit of basketball and soccer. While wrestling was his favorite sport growing up, soccer was a close second.

“I stopped playing soccer as a freshman in high school,” he said. “I knew I was going to be a wrestler, so I focused more on that at that point.”

When asked why Mason, Voss, a Washington state native, responded, “I came here because my former coach recruited me to come out here, and I totally believed in him and his leadership and he thought that good things were going to happen at this program and that I was going to do good things. … So I moved across the country on a prayer basically.”

His parents would have preferred Voss stay close: “They were pulling for the closer options for sure,” Voss said. “At first I know they weren’t happy, but they respected my decision and supported me in it and eventually they came around, and not too long ago they told me ‘You know you made a really good decision going out there.’ … It’s good to know the people behind you support you.” 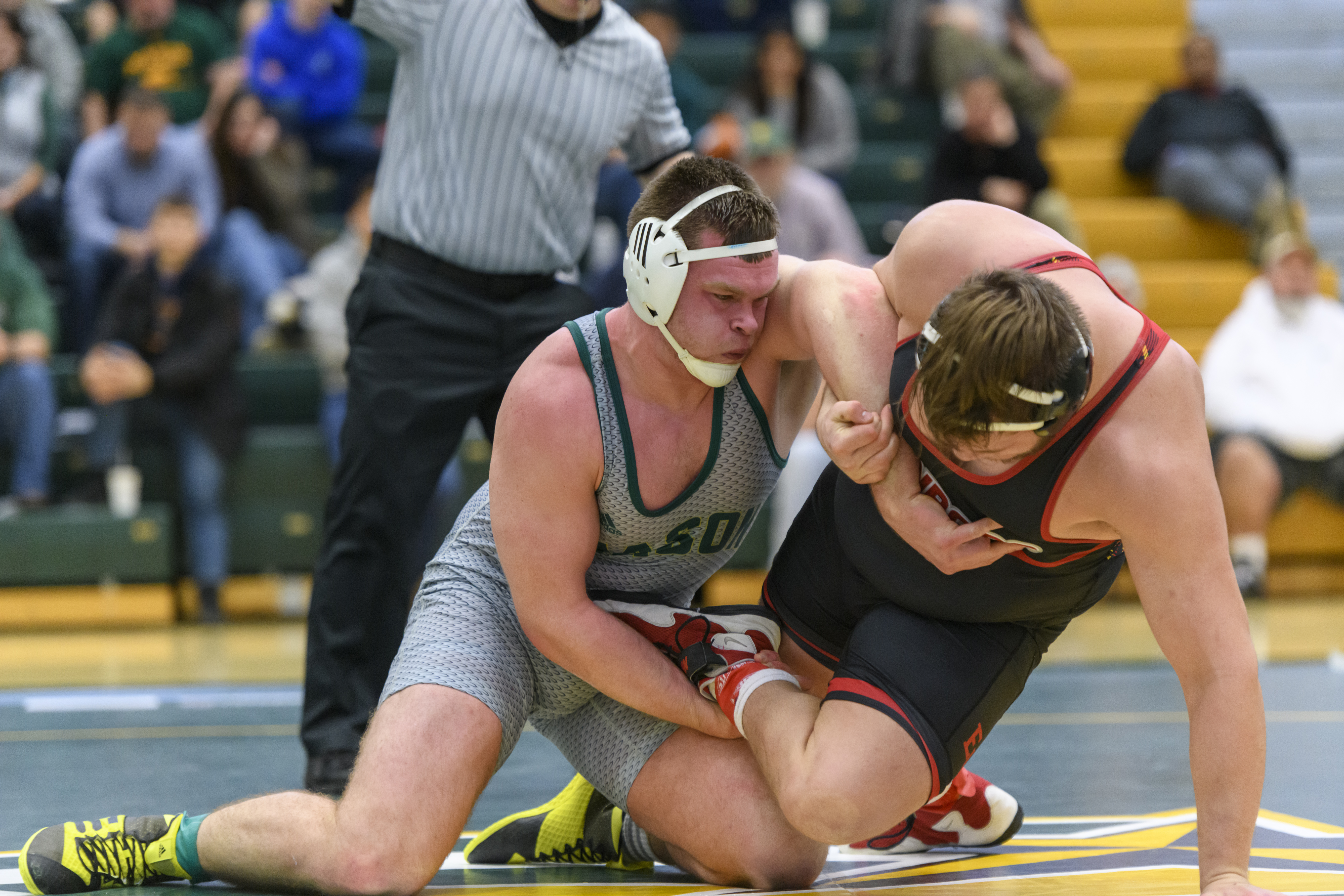 He was ranked No. 12 at heavyweight in the first NCAA Division I Coaches’ Rankings. The final Coaches’ Panel Rankings will be part of the selection process to determine the qualifiers for the 2019 NCAA Division I Wrestling Championships that will be held March 21-23 at PPG Paints Arena in Pittsburgh, Pennsylvania.

When asked about if he expects the success he had last season he said, “I thought that I could, I never knew for sure if I would, but I knew that my potential to do so was very high. So I guess at that point it was trying to keep my head down and work hard to try to make sure I could meet that potential.”

Voss, who is double majoring in communication and religious studies, has high goals set for both the academic and athletic end of his collegiate career.

“At the end of the season I hope to accomplish a Division I National Championship in men’s wrestling on an individual basis. … that’s kind of the main goal, that’s kind of the thing everyone wants, but I guess I’m no different in that way and I’m looking forward to that as well,” Voss said. “But also I’d like to graduate with a 3.5 which I’m darn close with both of my degrees—which is going to happen if I keep doing what I’m doing. Things are going to wrap up pretty nicely.” 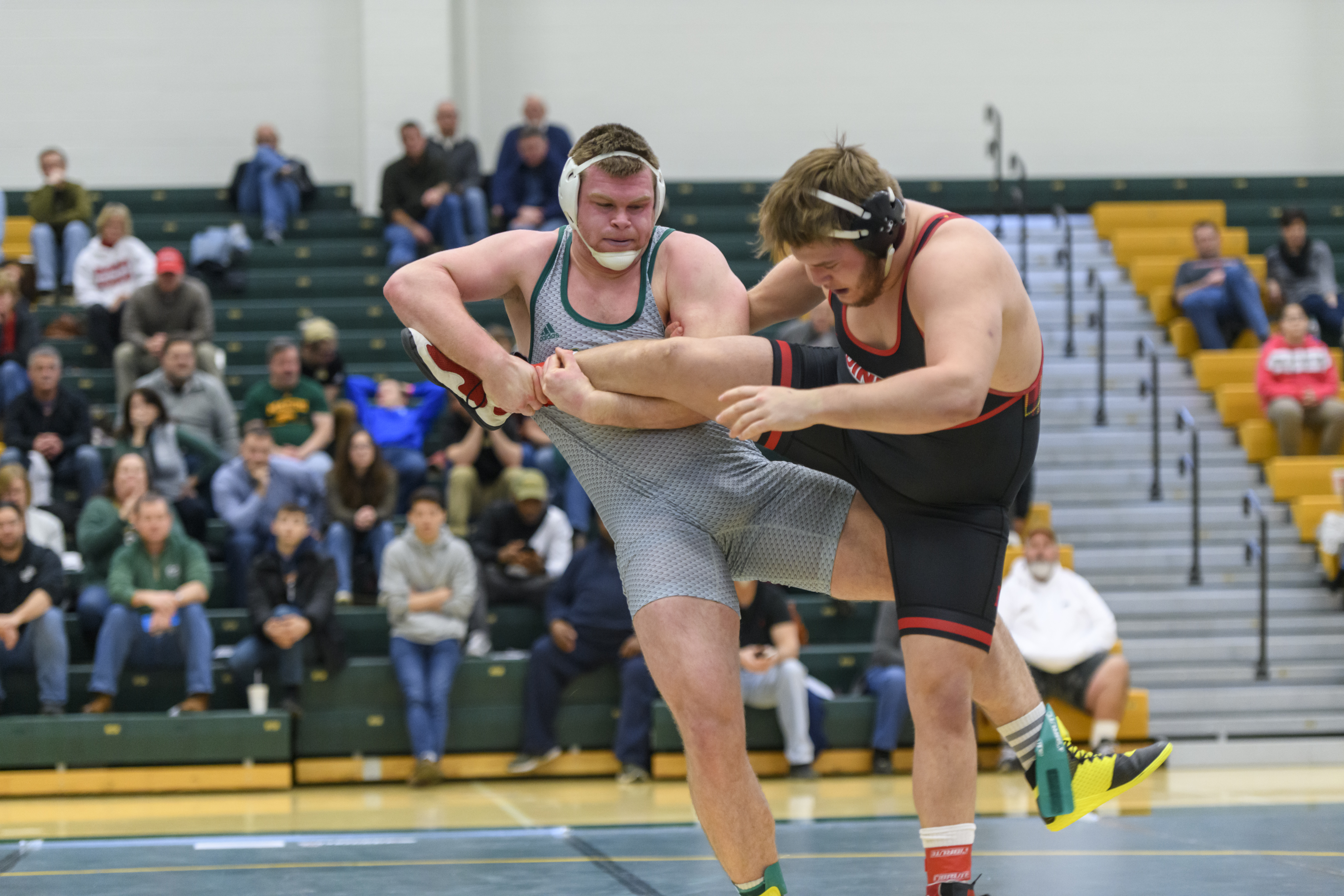 Voss has very specific plans for the future. “I’ve thought very seriously attending a seminary school and learning to become a pastor,” he said. “That might be a little bit later in life but that’s kind of the idea.”

However, in the short term he said, “I might stick around the sport for a little bit, whether that be coaching or training still and seeing if I still can on more of an international basis, something like that probably.”

He’s excited for the little things as he closes out his time at Mason, saying, “I suppose I’m most excited to just cherish the little bit of time I have left hanging out with my teammates, or when we’re at the national tournament staying in the nice hotel room, and you’re always getting good food to eat [so] that kind of stuff, just really appreciating the experience for when it’s there.”

Mason hosts the EWL Championships on March 9 in EagleBank Arena.