Second ComicCon at Mason is a success

Venom slinks by boxes of vintage comic books. Pearl scolds her twin Steven Universes, who clutch Eevee plushies. In the distance is a walking slice of bacon.

On Jan. 27, lovers of comics, anime and cosplay united at Dewberry Hall for the Virginia (VA) Comic Con.

A single-file line snaked out of the back entrance of the Johnson Center (JC). VIP ticket holders entered the hall at 11 a.m., but the vendors had been there from as early as 8 a.m.

Keith Shovlin, a vendor from aois21 media, seemed pleased. “For the number of times I’ve visited George Mason for events, this is such an amazing turnout for Comic Con,” he said.

Whole families poured into the building, but these advance ticket holders were merely a sneak preview of the crowds to come. At 12 p.m., the doors opened to the public. Then, at 1 p.m., entry became free for Mason students. Dewberry Hall was packed.

Since this was the second Comic Con held at Mason, the planning and execution was top notch. With walls of Funko Pops and stalls of custom art, VA Comic Con was a buyer’s delight.

One vendor offered a mind-boggling deal of “buy 20, get 20” on $1 comics. Another had walls of original fanart that sparkled when tilted. For attendees light on cash, a free fan film festival played in the JC Cinema. There was something for everyone.

Some attendees came for the chance to cosplay. Cosplay, or dressing up as a character from a movie, game or other piece of media, was all the rage at VA Comic Con. 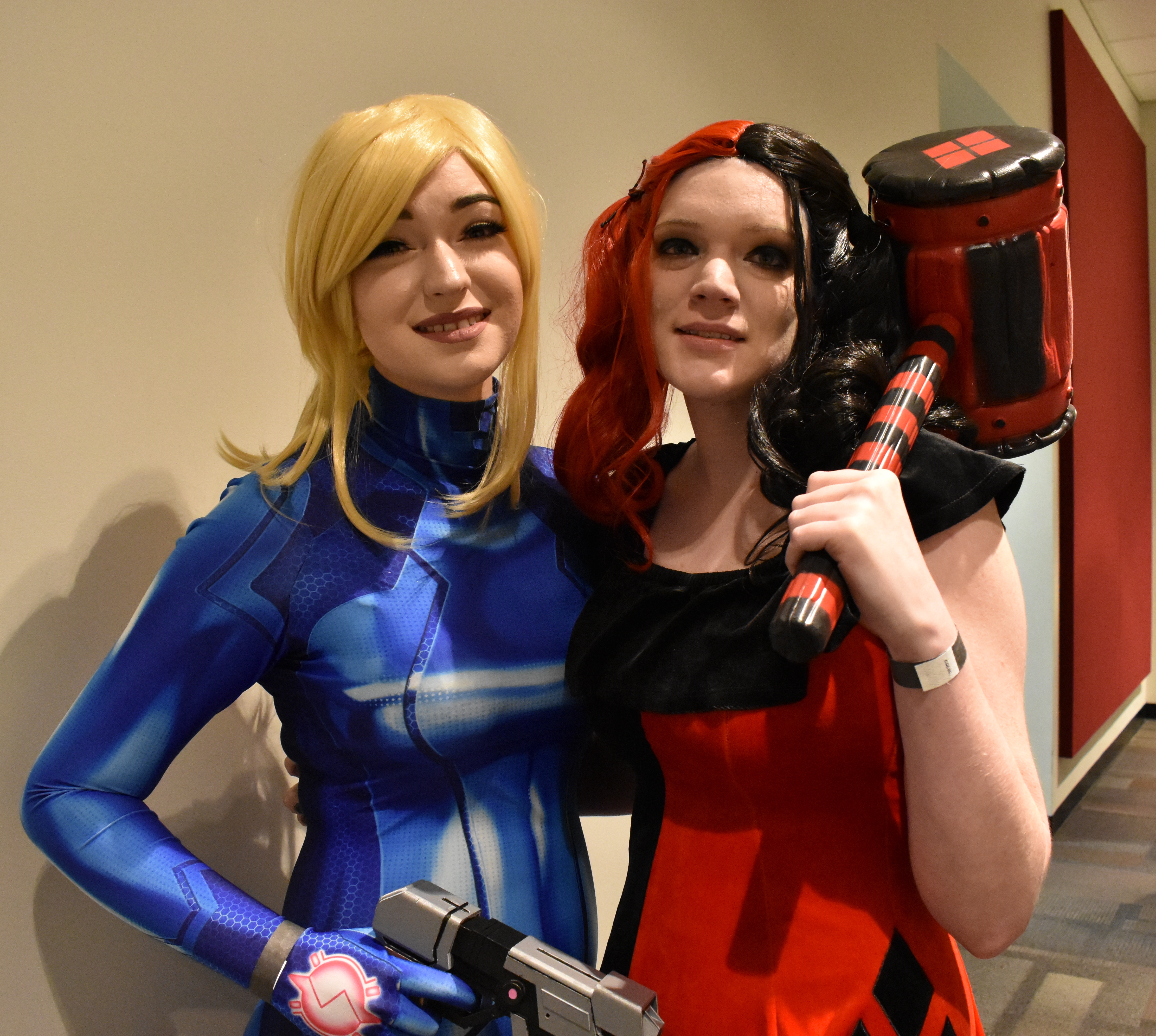 Some outfits were economically sourced. A Black Panther shirt, a Bulbasaur hat. Other visitors brought cosplay to new heights. One Harley Quinn cosplayer painstakingly did her own incredibly accurate makeup. A Spiderman ordered a custom web-splattered backpack.

Even amongst these creative giants, any level of cosplay was welcomed. Alyssa Lowe cosplayed as Hatsune Miku from the song “Senbonzakura”. She purchased parts of her outfit and handcrafted others, but she never felt out of place. “It is my first time [cosplaying],” she said. “I’m not scared or nervous because everyone is so welcoming,”

Lowe highlights the heart of VA Comic Con. Any fan of any age could enjoy it. Tiny children dressed up as Kiki or Rocket Raccoon grabbed at toys. Old men adjusted their Soldier 76 visor. A Mason student purchased a Crobat pin.

If someone loved a show, character or comic, VA Comic Con had a space just for them.