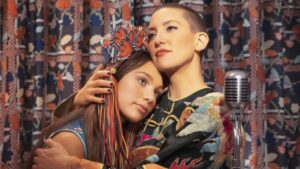 An upcoming film starring a controversial actor will be one of the few movies that addresses Autism Spectrum Disorder, but many are skeptical whether it sends the right message

Sia, a singer-songwriter from Australia, decided to brave the tightrope that was representing Autism Spectrum Disorder in her new movie, Music. The 2021 film is about a woman who gains custody of her younger half-sister, who is on the Autism spectrum.

While the film’s intent is clearly in the right place, the film did not sit right with many people, particularly those on the Autism spectrum.

The main gripes the Autistic community had with the movie included the tone-deaf message of the movie, the fact that the actress playing the autistic character was neurodivergent and the depiction of prone restraint on the autistic girl, a restraint method which has been linked to fatalities.

The movie was panned by many critics, including Salon’s Matthew Rozsa, who called it “a baffling and patronizing cringe-fest of ableist minstrelsy”. The backlash was so great that Sia herself went to rehab for suicidal ideations due to the negative reception she received.

Barely a year after the release of Music, another celebrity decided to brave the tightrope. A celebrity who has already been mired in controversy and is among the most hated in all of showbusiness, Amber Heard.

Amber Heard is an actress who was thrown into the spotlight during the peak of the #MeToo movement for her abuse allegations against ex-husband Johnny Depp, an actor once beloved by many. The resulting back and forth accusations of horrific abuse and messy lawsuits marred both celebrities, especially Amber Heard, who many believe to be the true abuser. When you find yourself the subject of allegations of such controversy, the last thing you would want to do is brave the tightrope of depicting Autism Spectrum Disorder in a movie. But that’s exactly what Amber Heard did when she accepted the role of a psychiatrist in Conor Allyn’s upcoming period drama thriller, In The Fire.

According to reports, the film “takes place on a farm in Colombia in the 1890s”, where  “a couple with a young autistic son have to face both the villagers and the local priest who worry the boy is possessed by demonic forces and is the reason for all the village’s woes”. Apparently, Heard’s character, an American psychiatrist, comes to the village to diagnose the child with Autism, and cure him.

This synopsis is problematic for various reasons including the depiction of Autism as a curse and a burden for others, as well as the fact that autism cannot be cured.

What worries me most is that the issues present in Sia’s Music would carry over to this movie as well. To sum this up, I am not very confident that this movie will do much to help the growing stigma associated with Autism Spectrum Disorder. In fact, if Sia’s Music taught us anything with its depiction of harmful stereotypes and potentially fatal restraint methods, it is clear that the entertainment media does not know anything about the Autism Spectrum.

Will In The Fire’s depiction of an autistic child be accurate? Absolutely not. As I said, Autism Spectrum Disorder is hard to accurately portray by the mostly neurotypical celebrities in Hollywood or elsewhere in the media.

I would expect In The Fire to depict a belligerent basket-case of a child who can barely function, screams instead of speaking and causes nothing but trouble for anyone who comes across him.

If that is the case, the backlash could be worse than that of Sia’s Music (if you can imagine it). Not just because it stars controversial actress Amber Heard, but because it was directed by Conor Allyn, whose 2020 film No Man’s Land was nominated for an Academy Award last year.

This movie will not just be controversial, it will be a nuclear bomb laying waste to years of progress in the media’s depiction of Autism Spectrum Disorder, already damaged by the effects of Sia’s recent film Music. The controversy and backlash that this movie will have upon its release will be–so great that it’s possible nobody would dare to brave the tightrope ever again.

RESURRECTING THE VIBES OF CONCERT-ETIQUETTE