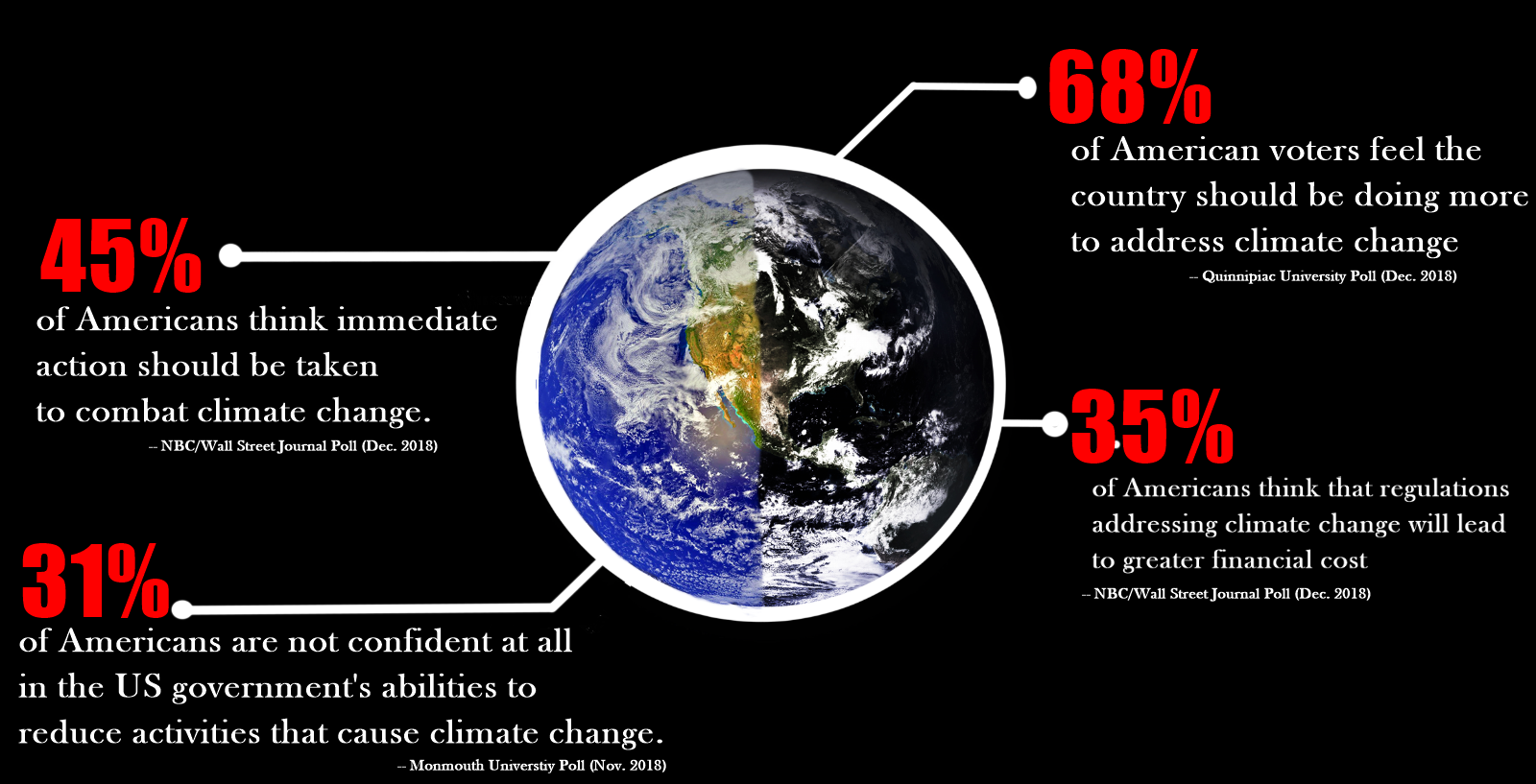 A new report from Yale and Mason attests to the growing acceptance of climate change. According to the study, “across the three surveys, 8 [percent] of Americans had recently changed their opinion about global warming.”

While the study is scientific, the issue of climate change has become increasingly political over the years.

According to a poll by CBS News, only “one-third of Republicans” believe that the effects of climate change are already happening, compared to “[82] percent of Democrats.”

Among Americans as a whole, 73 percent believe in global climate change. Many argue it should not be a partisan issue.

However, the study also discovered that a noticeable amount of those 65 years or older have recently changed their views. 11 percent answered yes to the question, “Over the past year, have you changed your opinion about global warming?”

The study also clarified that 84 percent of the Americans who changed their views had become more concerned, rather than less concerned, about climate change.

Among experts in the field, 97 percent “agree that climate-warming trends over the past century are very likely due to human activities,” according to NASA.

Satellites have allowed scientists to see how the increased levels of greenhouse gases can be contributing to shrinking ice sheets in the poles, warming ocean temperatures and an overall global temperature rise.

Opponents of climate-change science include an advisor to the Global Warming Policy Foundation (GWPF), Matt Ridley.

“A cumulative change of less than 2 degrees Celsius by the end of this century will do no net harm,” he wrote in an article for The Wall Street Journal. “It will actually do net good. …[Rainfall] will increase slightly, growing seasons will lengthen, Greenland’s ice cap will melt only very slowly and so on.”

One effort that has been made to highlight which countries have the best working climate policies and where others are lacking or could improve their polices is the Climate Change Performance Index (CCPI).

In the index, the U.S. was ranked as “very low” suggesting poor climate policies, which the index states could be contributed to “the refusal of President Trump to acknowledge climate change being human-caused, and his dismantling of regulation designed to reduce carbon emissions”.

“I would say the most important group that needs to agree would be the biggest producers of greenhouse gases, the USA (is one of them),” said Jennifer Lewis, a professor and Ph.D. candidate at Mason. “Without our acceptance these (sic) won’t be reduced, and without reduction it is certain there will be major impacts globally including loss of food and livable land for millions of people.”