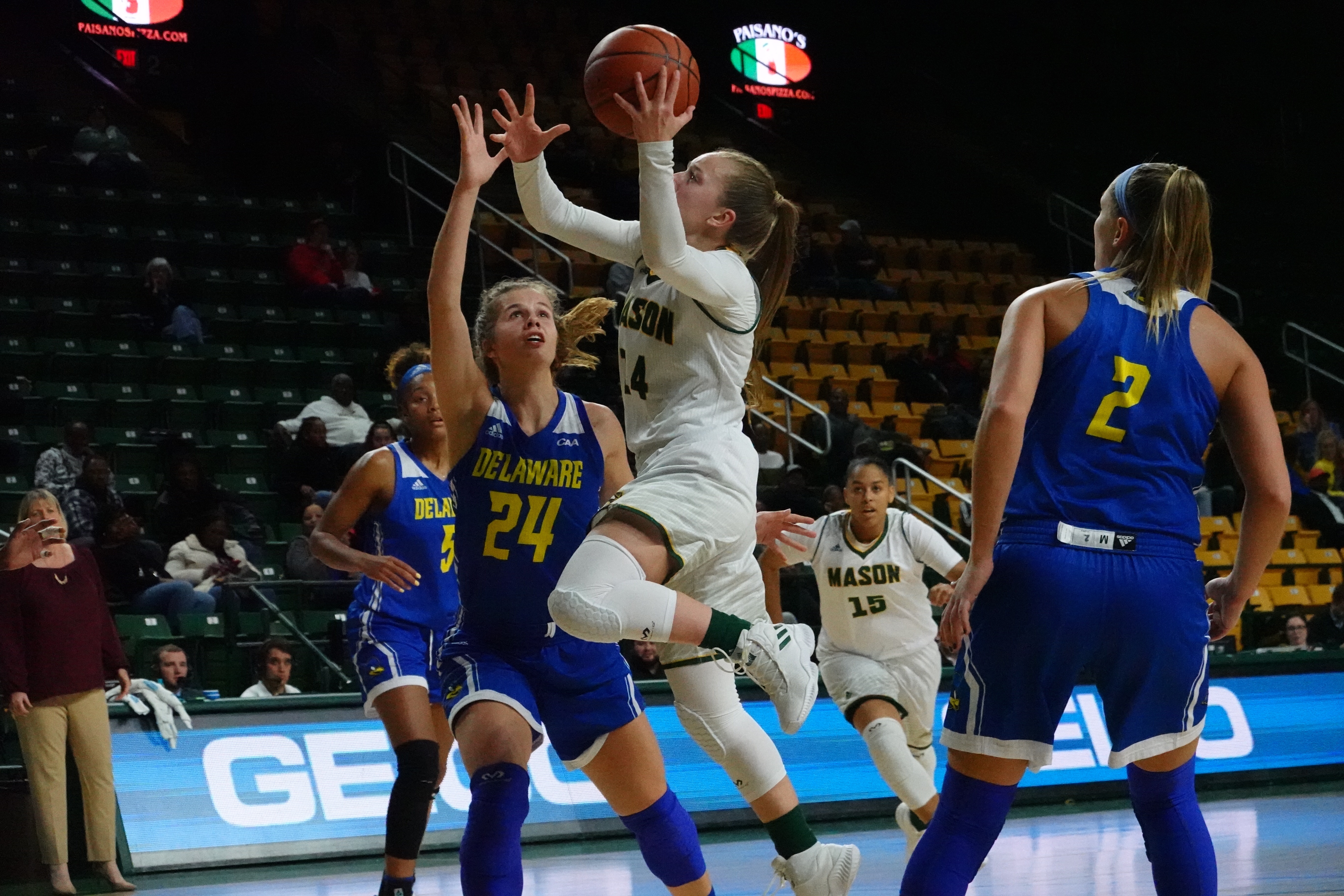 Winter break may mean rest and relaxation for many students. But for Men’s and Women’s Basketball student-athletes, it meant the final non-conference games and the start of Atlantic 10 (A-10) play.

Over the winter break, Women’s Basketball went 4-4 over break,  2-3 to start conference play.

After taking leads into the fourth quarter during each of their first four conference games, the Patriots failed to take home a win until their game against the University of Massachusetts on Jan. 16. This included giving up 32 fourth-quarter points to St. Bonaventure University at home on Jan. 10.

She continued, “I’ve said all year our margin of error is pretty small and we’ve just got to stay focused, particularly on the defensive end. That’s what we need to control in those quarters.” 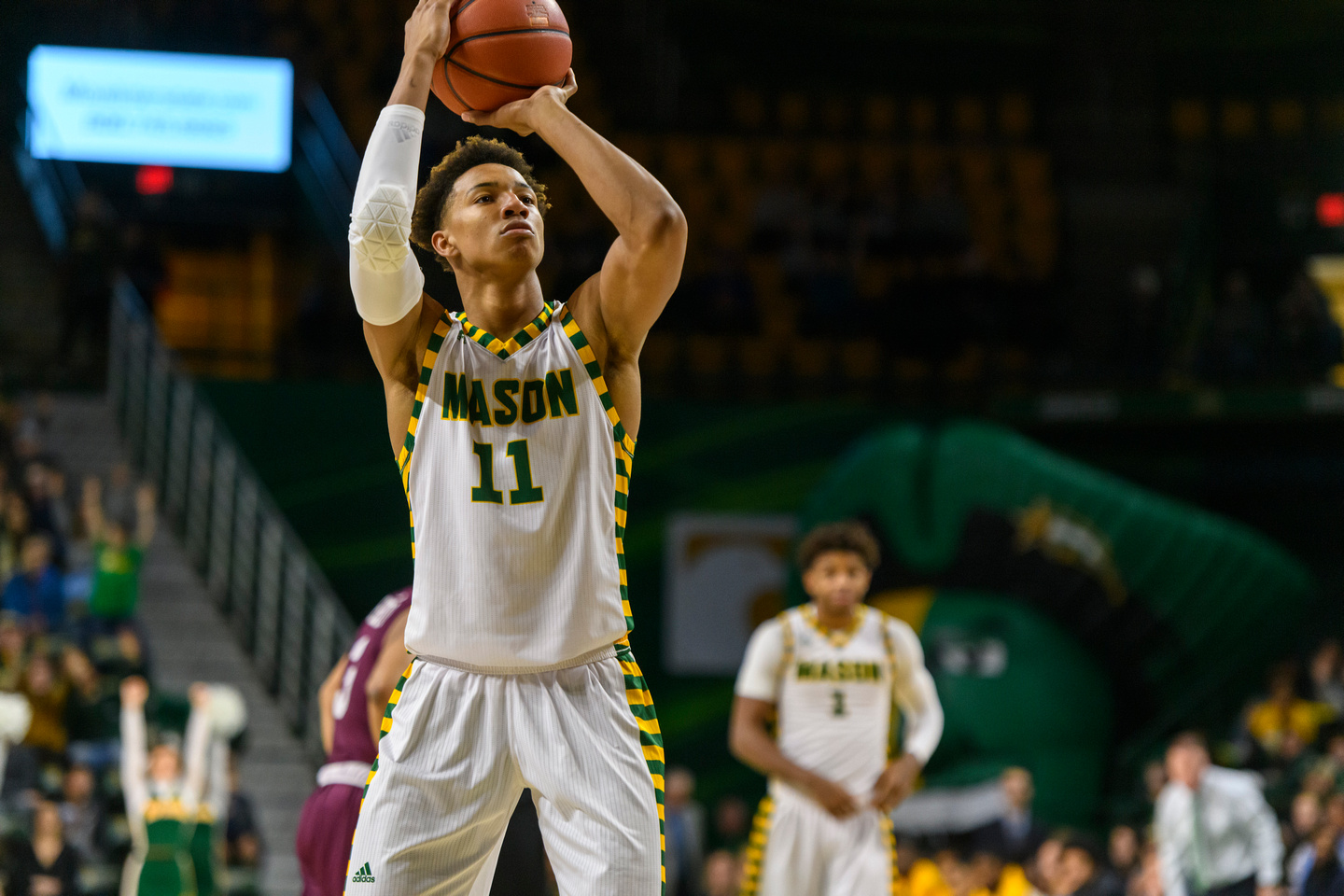 Mason also beat George Washington University for the first time since December 2011, after losing 13 straight games to the Colonials.

Jacy Bolton reflected on what it meant to beat George Washington saying, “It goes to show on any given night anybody in the A-10 can win, using that and building off of it. And the A-10 is messed up this year, really anybody is beatable, SLU [Saint Louis University] just beat Dayton [University] in triple-overtime.”

Part of their success on the glass can be attributed to Bolton, who averages a conference-high 8.7 rebounds per game.

Bolton has recorded six double-doubles this season, after recording just one in her first two seasons. She had a career-high 17 rebounds on Dec. 31 against the College of Charleston as well as a career-high five blocks in the Patriots’ Jan. 6 loss to Davidson.

Over winter break, Men’s Basketball went 6-2. This includes a 5-1 start to conference play, the team’s best start since joining the A-10 prior to the start of the 2013-2014 season. The team’s two losses were at Kansas State University on Dec. 29 and at home against Davidson on Jan. 9.

“It’s very important [to get off to a good start in conference play] because we play in one of the most competitive conferences in the nation,” said head coach Dave Paulsen. “To win in this league requires a tremendous amount of focus from our student-athletes and coaching staff. I have been pleased with our game preparation so far and I think it is the reason why we are off to a good start. But we still have a lot of work to do and the goal of our team will be to continue to improve each game.” 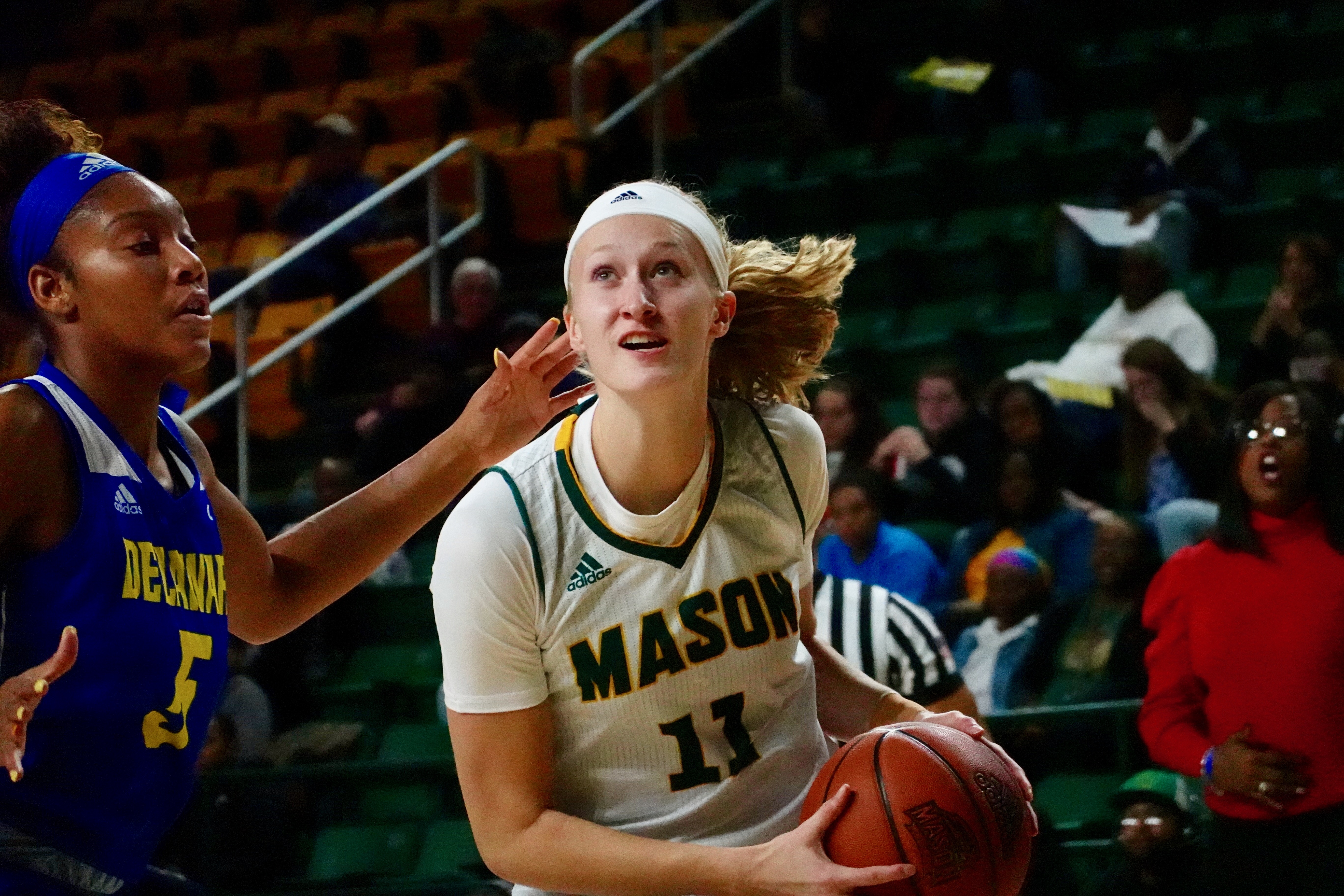 “It’s been a lot of fun to watch Justin take his game to the next level in A-10 play,” said Paulsen. “Since he stepped foot on campus, I’ve pushed him and challenged him, because I knew he had the opportunity to become an excellent all-around player. He’s been a contributor from day one for our team, and to see that impact continue to grow has certainly been a treat for our staff.”

On Jan. 12 the team announced on Twitter that Goanar Mar was undergoing surgery to correct a foot fracture, and would be out indefinitely.

While many fans wondered how the team would handle the loss of Mar, who started 48 out of 49 games as a Patriot, they would not have to wait long in order to find out.

The next day against the University of Rhode Island, Jordan Miller, who appeared to be redshirting this season, checked into the game and was able to make an immediate impact. In his first three games, he averaged 10 points in 24.7 minutes and made all six of his free throw attempts.

It’s important to remember that these student-athletes are students first, so the end of winter break is a time of transition, getting back to balancing classes, practices and traveling.

Paulsen said, “It’s critical that our student-athletes continue to make strides in the classroom now that the semester has started. During winter break, their primary focus is solely on basketball. Now during their time on campus and on road trips, the emphasis comes back to academics and the importance of putting forth their best effort in that area.”

Milleson believes that playing during the semester may be better in some ways for her players. 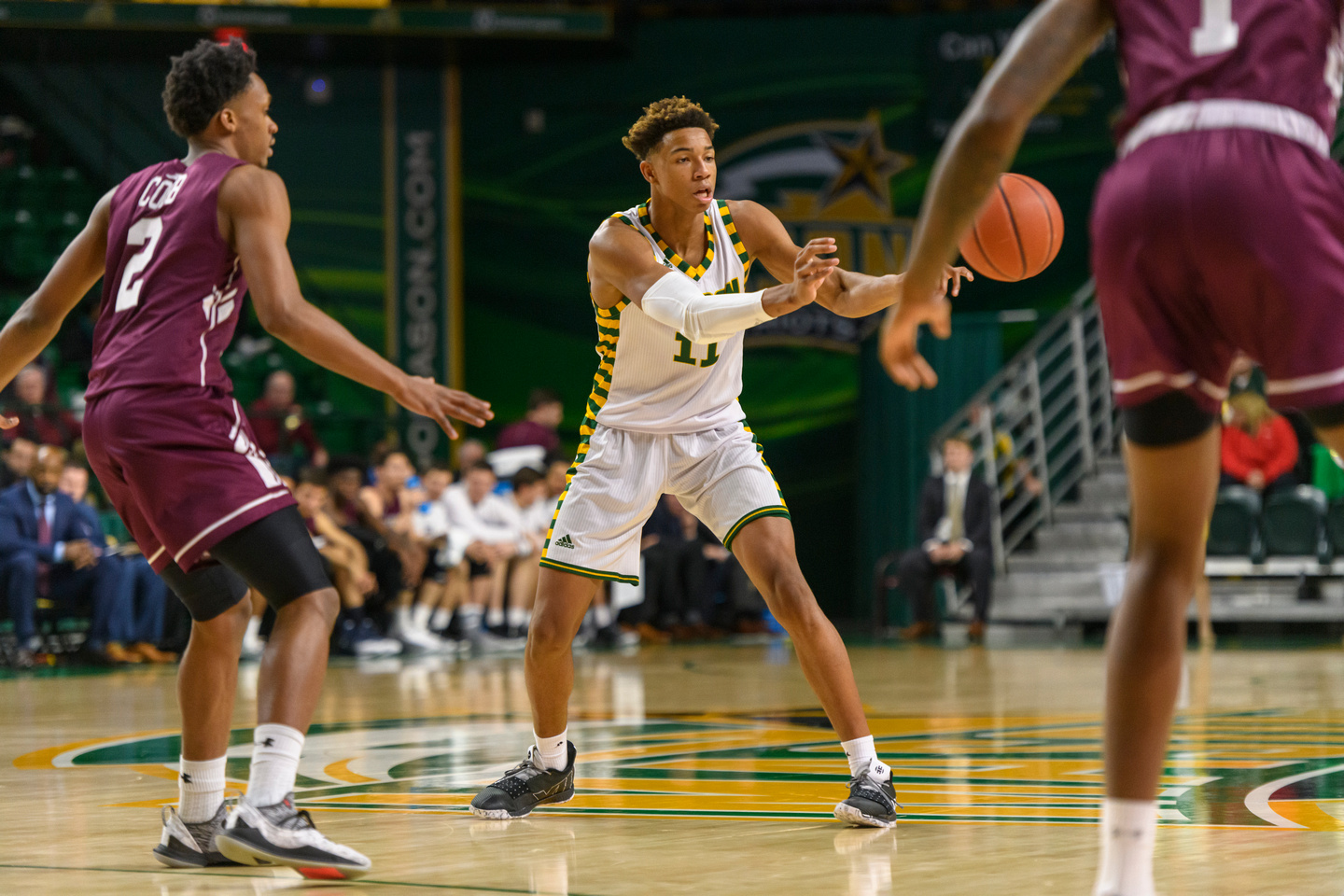 “Honestly, I think [going back to classes] is probably a positive thing,” she said. “Although the stress of the academics and that sort of thing—because we’re a very good academic team—but I think we also have some student-athletes that thrive a little bit better under a little bit more structure and the daily routine, so I think that helps. I think it’s been really good having this week off, we’ve gotten some rest but yet still being able to have good practices and getting started on school.”

“I think it was nice to get back in a routine, like having practice again with classes and what not and trying to balance that,” said Bolton. “Like we don’t really have the numbers this year so just being able to get a whole week to recover was really nice.”