The 2018 midterm election saw the House of Representatives turn blue with a Democrat majority, while the Senate gained more Republican members. The midterms held several historic moments for the U.S., including the first Muslim and Native American women in Congress, as well as the first openly gay governor in the country. 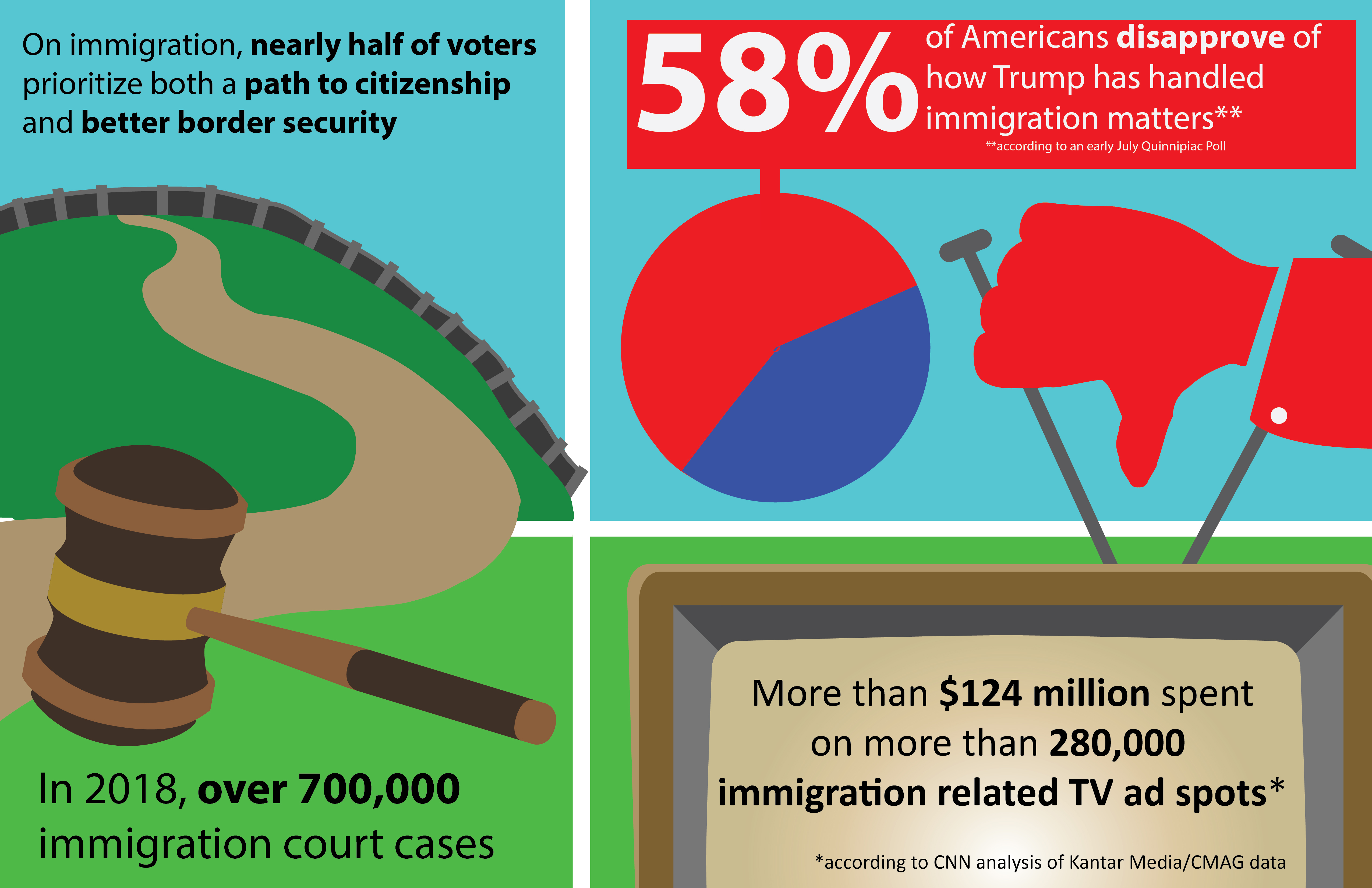 Mason’s Institute for Immigration Research hosted “Immigration and the 2018 Midterm Elections,” a panel discussion on the impact this midterm will have on immigration policy in the near future, in the Johnson Center (JC) on Wednesday, Nov. 28.

A major point during the discussion was the difficulty of creating comprehensive bipartisan immigration legislation. Participants discussed how harsh rhetoric contributes to the growing divide between political sides.

“One of the reasons that immigration has become so polarized [is] that the bases of each policy have grown further apart on immigration, and the bases are the ones that are controlling the narrative in both parties,” Brown explained. “The harsher one side gets on an issue, the other side will almost always respond in an equally opposite, extreme rhetorical way.”

On the Republican side, this could be concerning the Mexican border wall that President Trump originally proposed in his presidential campaign.

On the other side, Democrats have heavily criticized Immigration and Customs Enforcement (ICE) for cruel policies and tactics. As a result of this perception, the movement to abolish ICE has gained steam in the past several months. 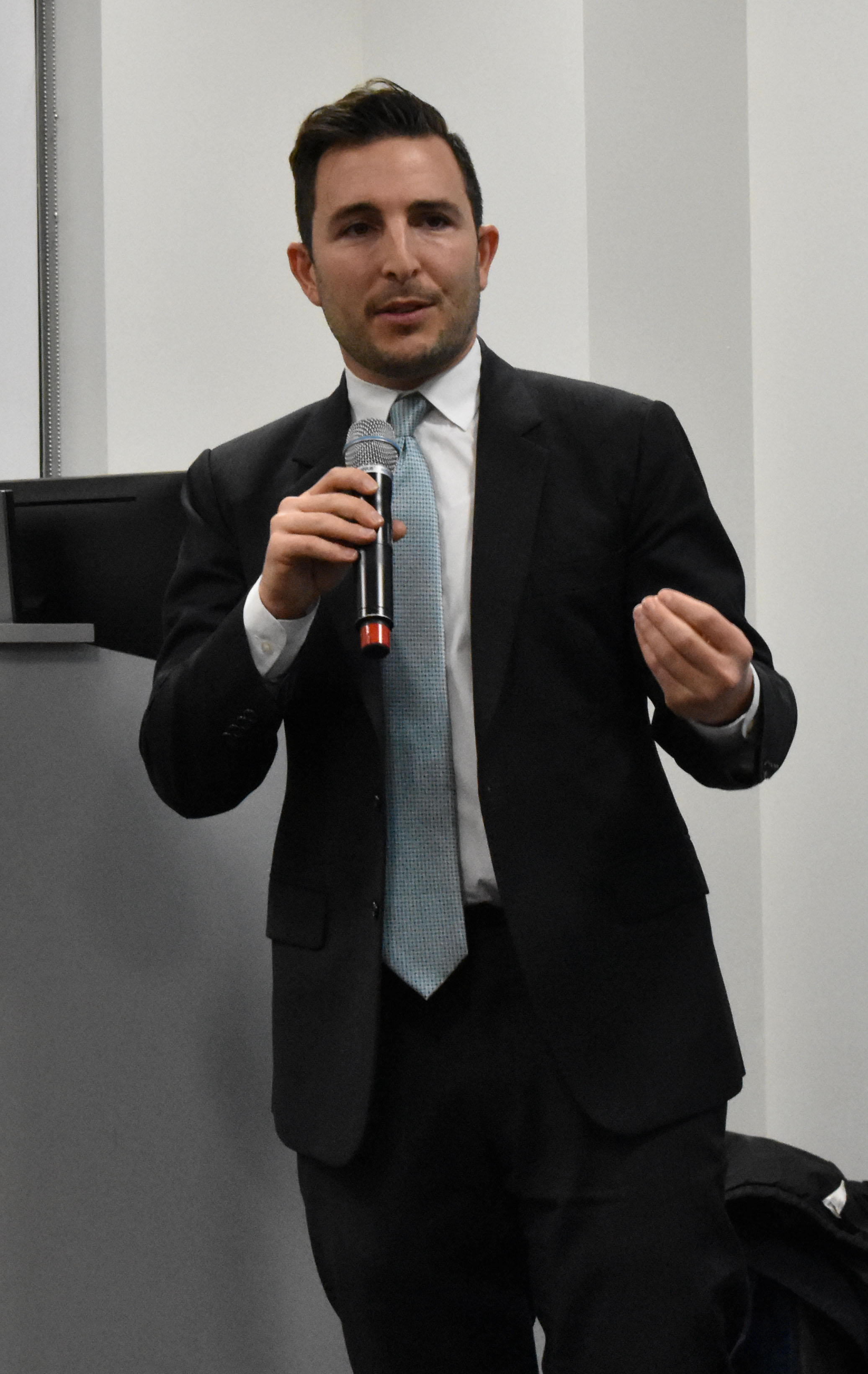 “I think what’s interesting is that you’re beginning to see, within the progressive movement … ‘Abolish ICE’ at a ‘Build the wall’- level [of] slogan,” Lind said. “[ICE is] obviously split on a policy level, and it seems like they could be split on a political level, and it’s gonna be interesting to see if Democrats do try to do that, or if they just shy away from ‘Abolish ICE’ because it’s so easily charactured over borders.”

Keam continued, “We are a better, [more] moral people than what we see now.”

It was discussed that it is hard for Republicans and Democrats to come to agreement on immigration policy because they both want to limit the power that the opposing party has and have different core members of their base.

“All of the stakeholders in the Republican party who are supposed to be validators are now sort of marginalized within the party,” Lind sad. “Meanwhile, Democrats have adopted the idea of the Latino base as … they are the mantle of a diversifying party in a way that makes it super hard for Republicans to get on board with any proposal that seems to expand that power base.”

“The coalitional party politics of immigration reform have kind of broken,” she continued. “We haven’t seen anything replace that yet, not just in terms of ‘what do parties say they stand for?’, but who are the people inside that party creating political space.”

The point was made that no comprehensive immigration policy changes have occurred in the past several decades, which affects today’s young immigrants in different ways. 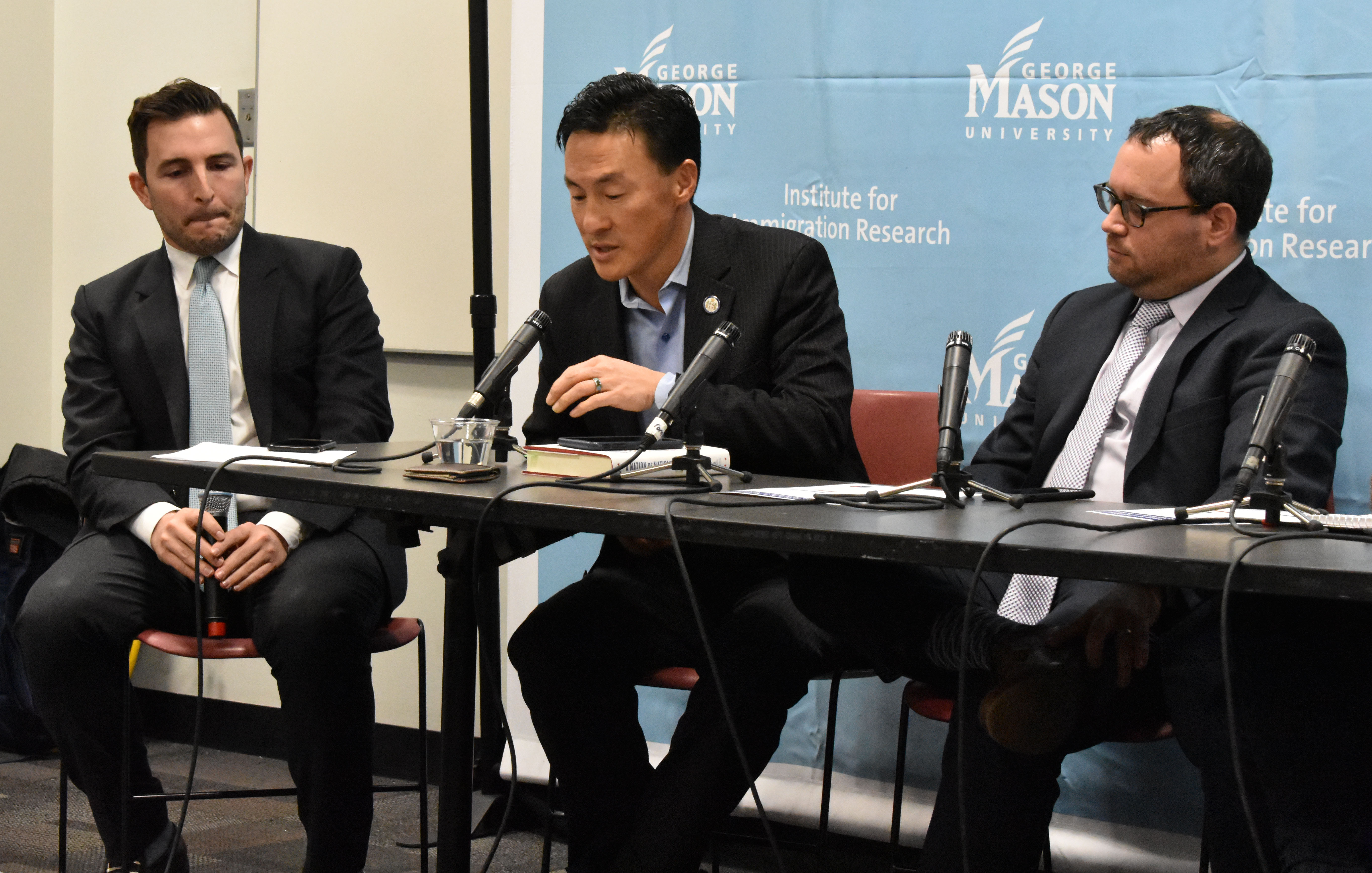 “How much longer should we tell immigrants to wait?” asked Brown. “I’ve been doing this 20 years and have had conversations with DREAMers, and they would say to me, ‘I’d be willing to wait if it would help my parents, I’d be willing to put up with maybe being deported or getting arrested.’ I don’t want you to have to. How much longer do we have those political debates and we tell people who are being affected by what is going on to wait?”