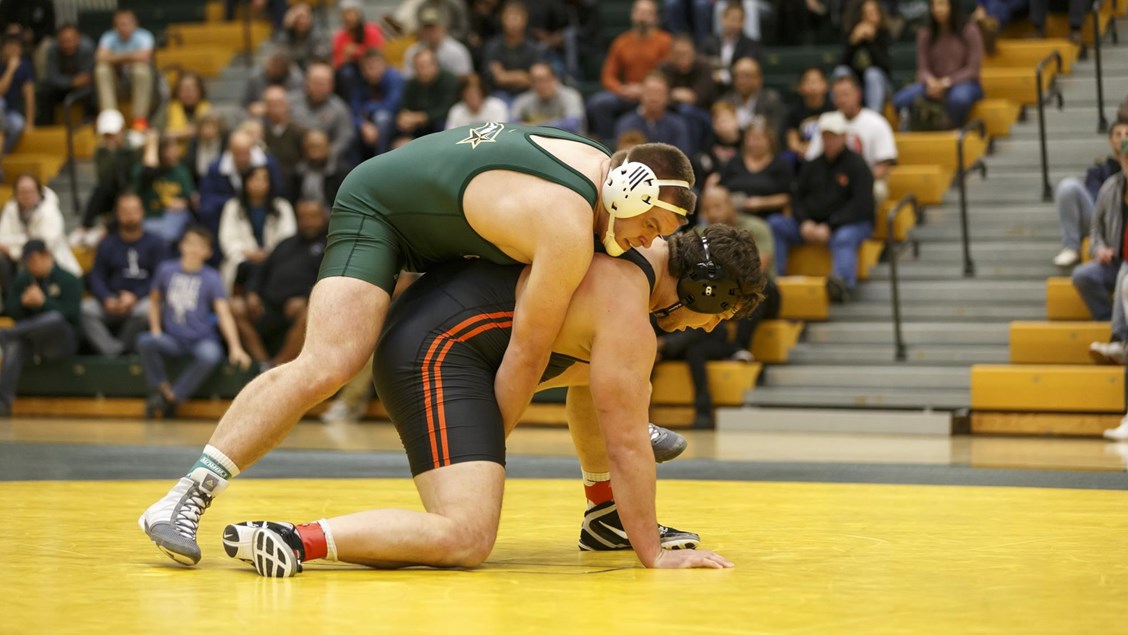 Through the first eight games, men’s basketball has held a record of 3-5 on the season. Led by senior point guard Otis Livingston II and head coach Dave Paulsen, Mason will look to improve in their final non-conference games before heading to Atlantic 10 play.

The Patriots will take on the University of Vermont, James Madison University and the Naval Academy before heading west to take on Kansas State University, who reached the 2018 Elite Eight before being knocked off by Loyola-Chicago.

In conference play, the Patriots will first take on Saint Joseph’s University on Jan. 3, and play five other games over winter break.

As of Nov. 30, the team holds a record of 4-3, with a 2-0 record at home and a 2-3 record on the road. Over winter break, the team will play three consecutive games at home to close out non-conference play.

The Patriots will take on the University of Rhode Island on Jan. 27 at 2 p.m.

Last season, men’s volleyball went 17-12 and 13-1 in conference play and reached the semi-finals in the conference tournament before losing to Princeton University. The Patriots will look to make it to the EIVA Tournament again after the departure of key players such as Johnny Gomez, Christian Malias and Brian Negron.

Led by head coach Jay Hosack, Mason will play 10 different non-conference opponents and 14 conference games through the 2018-2019 season. The Patriots start their season at Queens University of Charlotte on Jan. 4.

This was just one week before they sent senior Ibrahim Bunduka and juniors Tejon Anthony and Matthew Voss to compete at the NCAA Championships in Cleveland, Ohio. This is the first time in 17 years that the Patriots have sent three wrestlers to the national championship.

This year, the wrestling team finished 11th out of 16 at the Navy Classic, but holds a current record of 2-0 and will compete in the Patriot Open at home on Dec. 9.

Men’s and Women’s Swimming and Diving

This year, Mason’s swim and dive team competed in the Patriot Invitational on Nov. 17, with the men’s team finishing third and the women’s team placing fifth.

Three Patriots competed in the USA Swimming competition known as the AT&T Winter National Championship from Nov. 28 to Dec. 1.

On Jan. 19, the Patriots will take on Old Dominion, American University and Army before they host the Patriot Invite on Feb. 2.

Men’s and Women’s Track and Field

Last season, both the men’s and the women’s teams finished second at the Atlantic 10 Indoor Championships, which Mason will host this year for the first time since 2017.