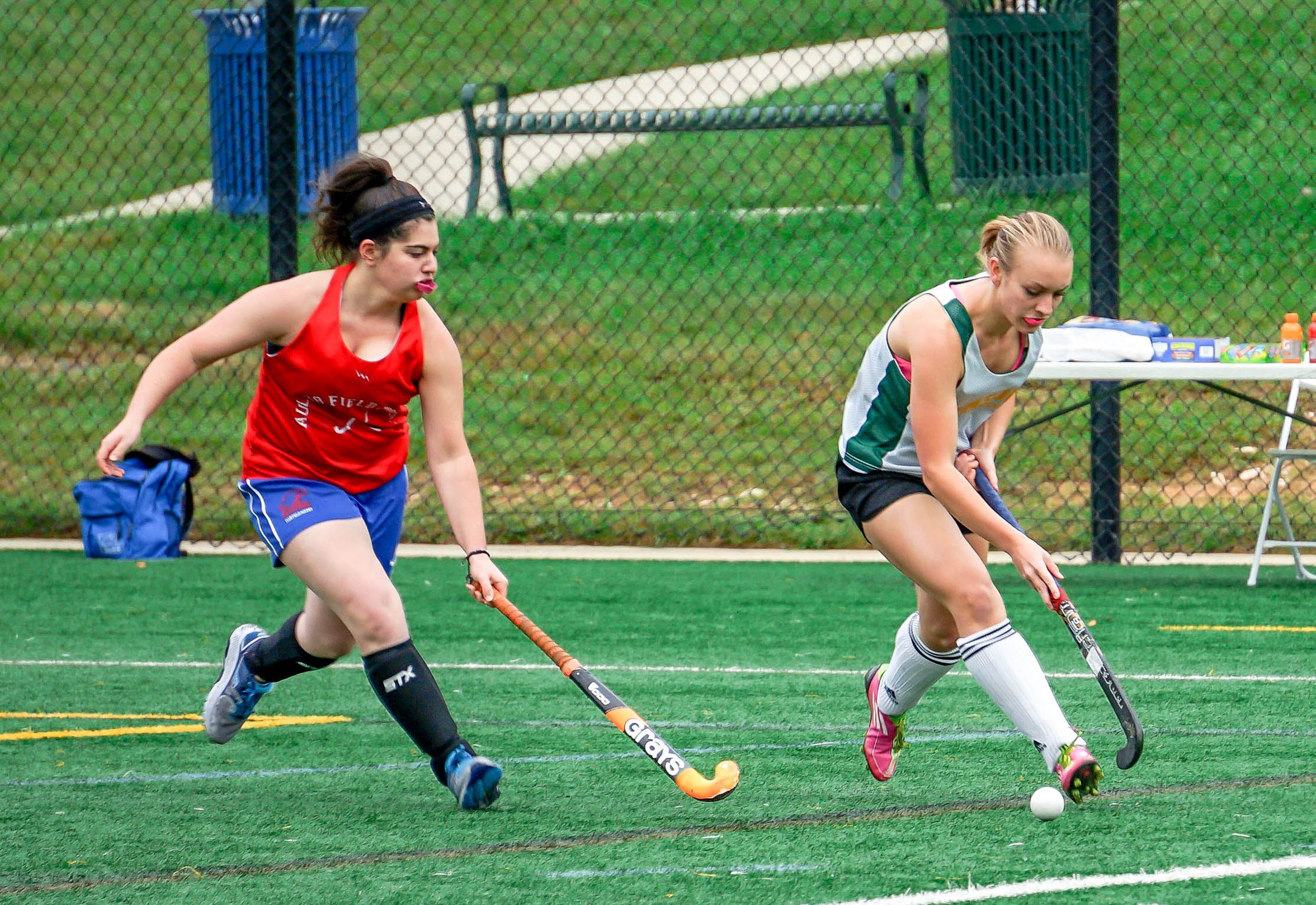 Field hockey provides a welcoming environment on and off the field

Field hockey has been played in its current form since the early 19th century. Played using a stick with a flat edge and one rounded edge as well as a small round ball, field hockey is played across the country by both men and women.

Field hockey is often seen as a girl’s sport because its players wear skirts. However, the sport is co-ed. As Mason’s sophomore Field Hockey Club player Brenna Reilley said, “Once you get guys on the team it really changes the game, and it increases the speed.”

Sophomores Reilley, David Hamlette and Lily Plizga are all members of Mason’s Field Hockey Club team and they all played soccer before eventually switching over.

Reilley and Plizga both grew up playing field hockey, starting in fifth and seventh grade respectively. Both had played soccer beforehand and had tried field hockey because friends were playing it. They stuck with it through high school.

On the other hand, Hamlette, one of two men on the team, has only been playing for a couple of months. He joined the team because Reilley, whom he knew before joining, encouraged him while knowing the team needed a goalie.

Having played soccer in the beginning of high school before devoting his time to band, Hamlette tried out on a whim. After finding out he did not like playing on the field, he tried playing in goal and loved it.

Hamlette is glad to have something scheduled to fill the time, saying, “If you have any interest in it at all, go try it out.”

Hamlette, Reilley and Plizga noted the similarities between soccer and field hockey, pointing out how it helped them make the switch between sports.

“It’s a similar setup for the two games, having a goalie, defense, midfielders, forwards, and the aspect of running through the whole game is similar,” said Reilley. “I mean, the skill is different, but it did give me a good transition into a new sport.”

Plizga agreed, saying, “I didn’t go into it completely blind. I didn’t know how to use a stick or anything, but I knew where to go and how to run to the ball and cover someone, so I think in that case it helped me go into it not completely confused.”

Despite disliking playing in goal while playing soccer, Hamlette mentioned how it helped him learn how to communicate with defense and find the main role of his position. 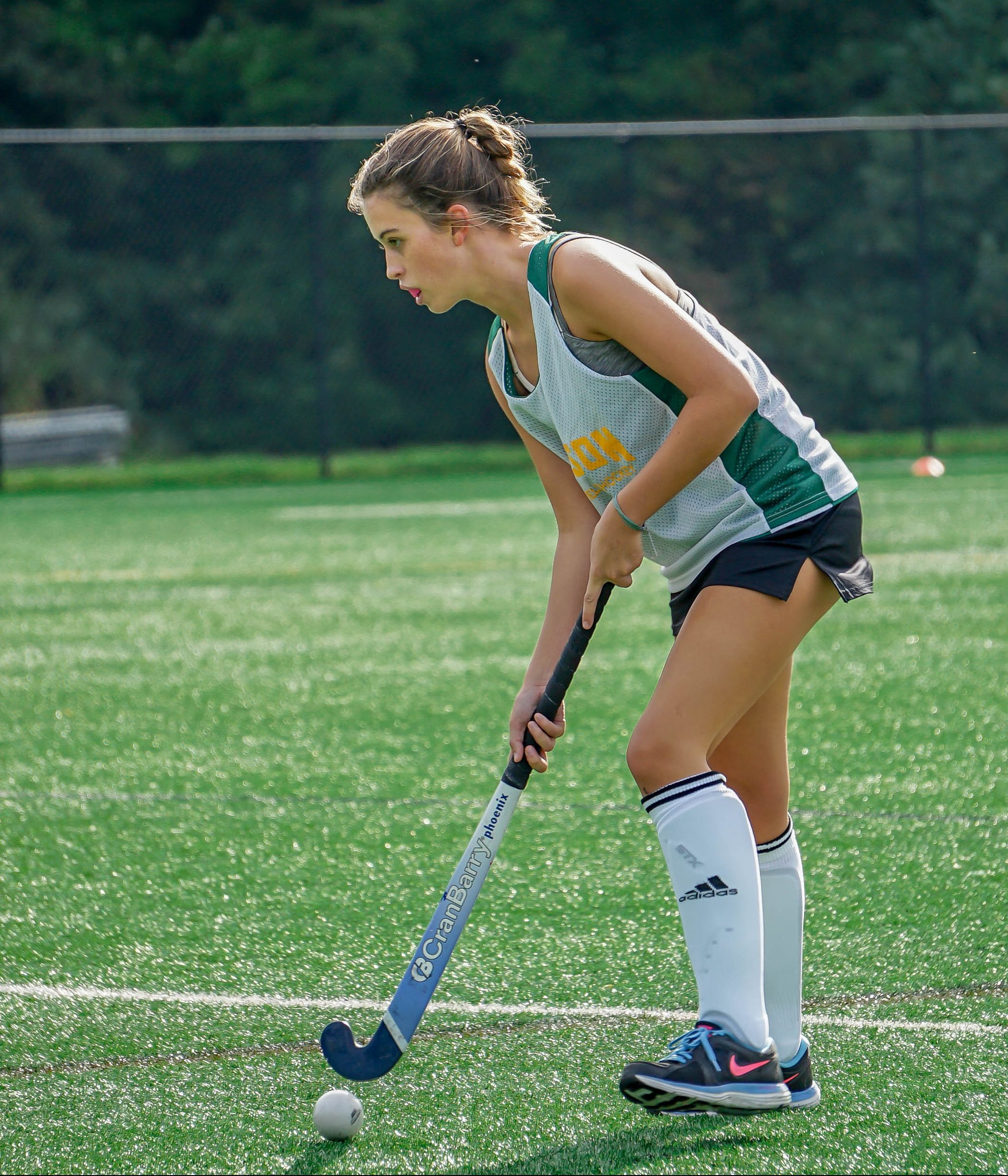 Field hockey provided these three with a new group of friends, a comfortable environment and a way to relieve stress.

Having played field hockey through middle school, and high school Plizga said, “I really like being a part of a team. It was definitely something I missed when I came here and I didn’t have that anymore, so I enjoy just being with everyone and getting to play and getting to do outside activities with the team.”

Reilley weighed in, saying, “[The] team gets along pretty well, so it’s never a stressful thing going to practice You get to shoot around, you get to play with your friends.”

Hamlette has found playing to be stress-relieving, saying, “It’s like two hours on Monday, two hours on Wednesday and the weekends that we play that I don’t think about school, which is good for me, because I stress out constantly.”

He went on to say, “The two hours go by so fast, and during that time you kinda just realize like, ‘Hey, I didn’t think about school. I didn’t do anything that was ‘goal-oriented,’ so I didn’t have to stress about anything,’ and it’s just kind of nice to take those times out of the day.”

The team practices twice a week, though they are looking to add a third practice to keep up with the level of competition they play against. They usually play in five games in the fall semester, with three or four happening in the spring, along with a scrimmage or two.

Whether you’ve played for years or have never stepped on the field before, if you have an interest in playing, email gmufieldhockey@gmail.com. The team is done competing for now but will start practicing again next semester.