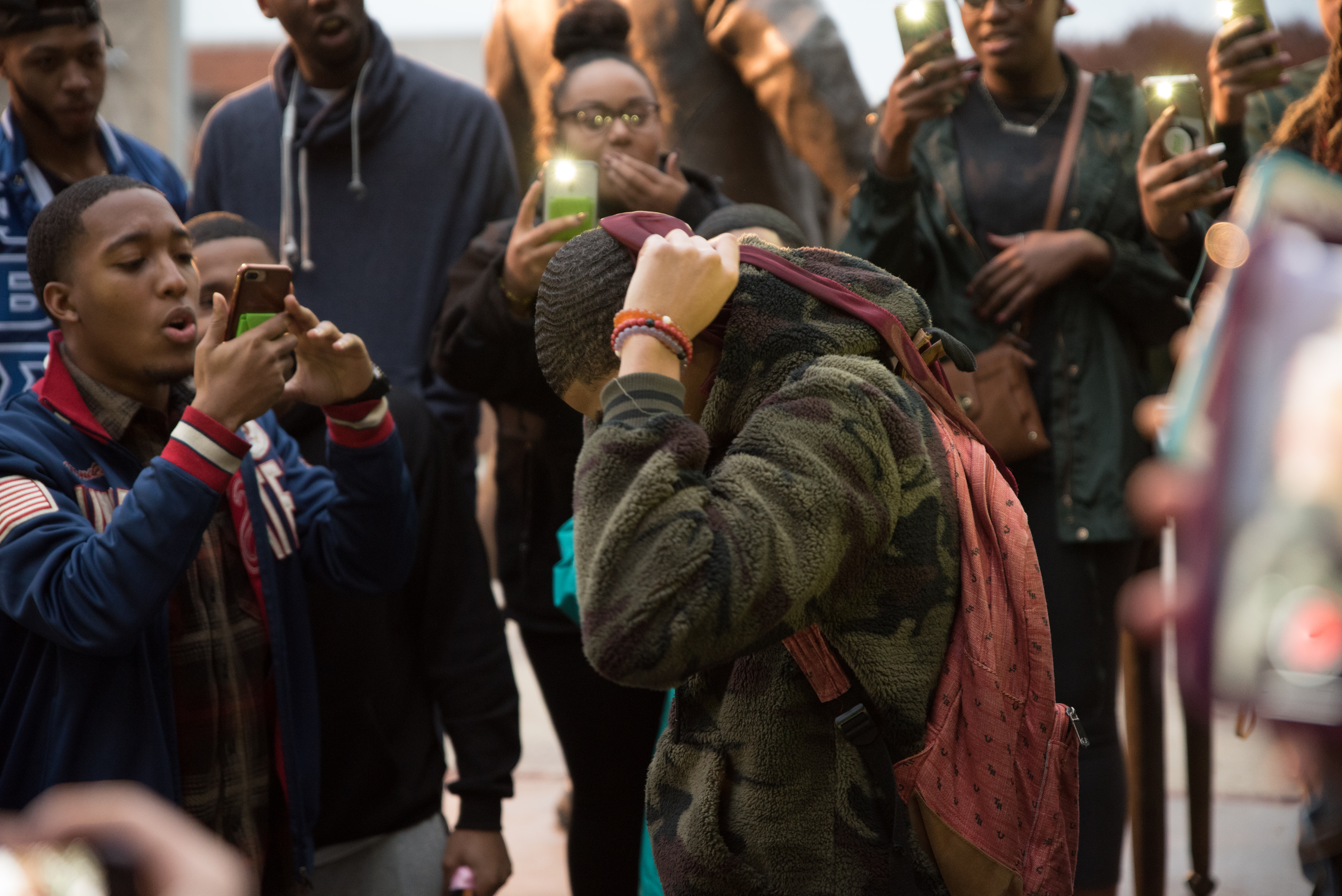 Durags are staples of Black hair care. Like bonnets and scarves, durags both protect hair and preserve hairstyles. Despite their practical use and their prevalence in the Black community, durags are not always accepted everywhere.

To celebrate durags and help remove the stigma surrounding them, My Natural teamed up with Collegiate Black Men (CBM) to hold National Durag Week at Mason from Nov. 5-9.

According to Mirriam-Webster, a durag is a “close-fitting, typically stretchable piece of cloth” that is used to hold a hairstyle in place and “usually has long ends which are tied in the back.”

The event was inspired by similar events held at historically black colleges and universities (HBCUs).

Keyonia Driver, the secretary and treasurer of My Natural, explained that she wanted to have Durag Week at Mason to create a sense of community.

“I think the main thing for me is just doing something that brings Black Mason together, especially because we’re not an HBCU,” Driver said. “Coming here, we have to find that community, so it’s like … picking and choosing things that HBCUs do so we can have that sense of community and have that experience, especially being on a PWI [predominantly White institution] campus.”

National Durag Week kicked off with a meeting to discuss the history of the durag.

The use of the durag dates back to the 19th century when enslaved people used scarves to keep their hair out of their face. The style became popular again during the Harlem Renaissance and Great Depression to preserve hairstyles and resurfaced during the Black Power movement in the 1970s.

According to a New York Times article, William J. Dowdy is claimed to have invented the modern-day durag so that Black hair would not revert back to its tightly coiled texture. The article states that durags started being widely sold in 1979. They have become mainstream in pop culture since then.

Although durags are typically associated with men, women also wear them often. Female celebrities helped move durags into the fashion world by wearing them to some of the most prestigious events in the country. Rihanna wore a crystal-encrusted durag to the Council of Fashion Designers of America, Inc. (CFDA) Awards, while Solange Knowles wore a black durag to the 2018 Met Gala.

Despite their popularity, there is still stigma associated with wearing a durag. Some of the stigma can come from the black community. At the durag history meeting, several attendees recalled their parents telling them not to wear their durags, bonnets or scarves in public.

Dion Blackmon, former president and current student advisor for CBM, said, “I’ve never been able to wear a durag, not even around my own family, until I got to college and got away from my family. ”

Tishaun Howard, public relations and hospitality chair of My Natural, explained that she sees the stigma as “another form of oppression.” “People love Black culture but they don’t like to see us express it,” she said. “They like to see other people express it. So I feel like it’s another way to stifle our expression of ourselves.”

Driver expressed similar feelings. “Everything we do is considered unprofessional until somebody else does it… We just want back what’s ours,” she said.

According to Driver, wearing durags is special to her, as it is another way to honor her ancestors. “The majority of the things we do now happened during slavery … They wore it to get their hair out their face, but we wear it as a trend because we’re expressing what our ancestors went through,” she said.

Durag Week ended with wave reveals, which took place on Wednesday and Friday. Students gathered around the Mason statue to reveal their “waves,” which is the pattern that is created after brushing the hair in the same direction. They also competed in contests to see who could tie their durag the fastest. The winning prize was a premium durag.

From educating people about the history of durags to encouraging students to show off their waves, National Durag Week was a celebration of the iconic black hair care accessory.