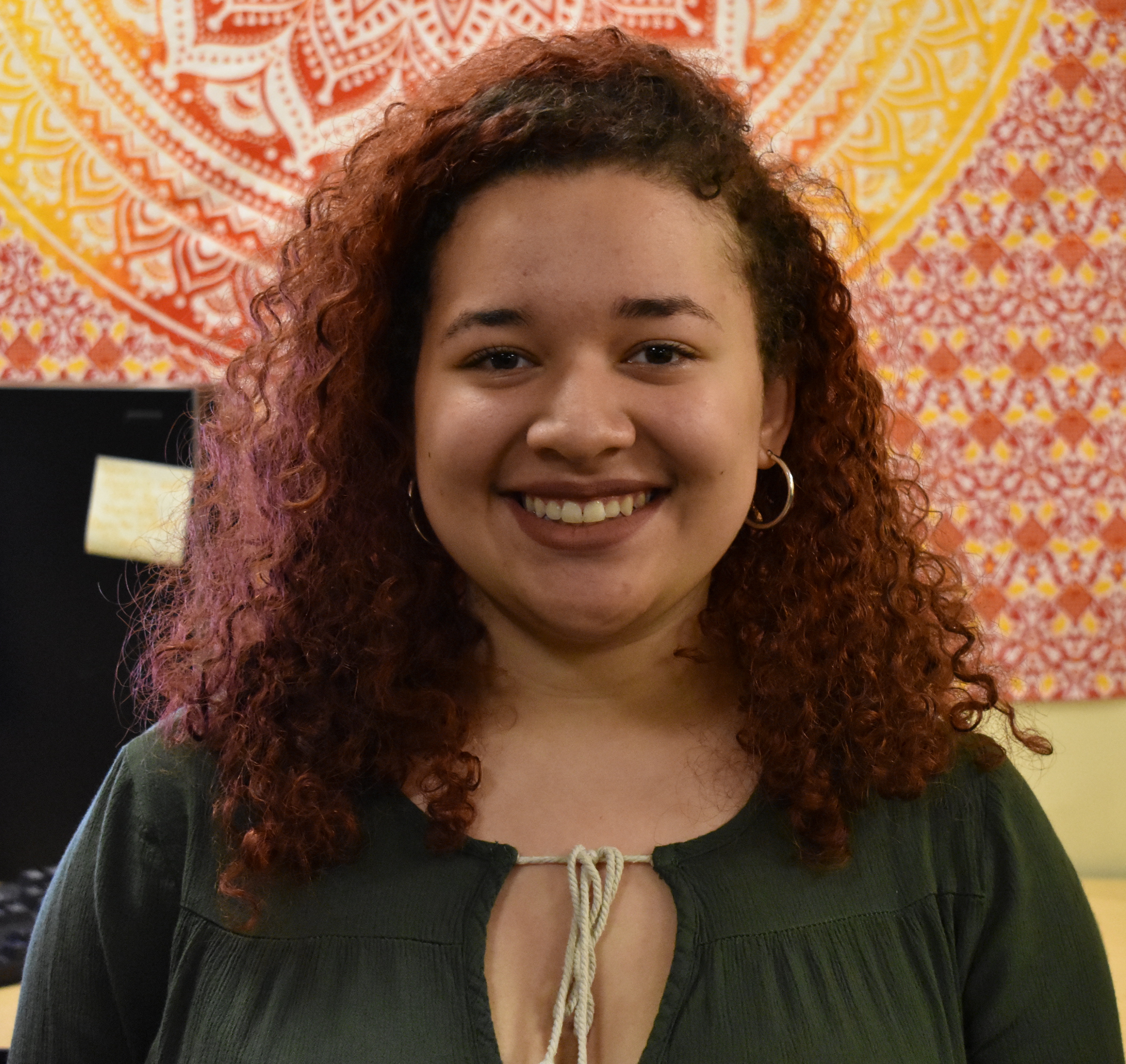 WHAT COMPANY DID YOU FOUND? EXPLAIN IT A LITTLE BIT.

I created a company called Adorkable. It’s literary and pop-culture themed jewelry, and I use 10 percent of the money I make to go towards buying books for those who can’t buy them themselves. I kinda created it because I had fallen out of reading. Like, I used to love reading … and then I kinda just stopped. And then I had a really great literature [teacher] … and my goal is just to be able to be that person for someone else, somebody who helps other people to find that love of reading again.

WHAT IS YOUR FAVORITE ACCOMPLISHMENT WITH ADORKABLE?

My favorite accomplishment, that’s kinda hard … because I feel like I haven’t done too much with myself so far, but I know that I’ve kinda done some stuff. But I’ve been able to reach a lot of people and make connections with people. I definitely like the fact I’ve been able to give those books to people in need. Actually, somebody that we know … her niece’s school had a fire and the library got messed up, so I’m actually donating a bunch of books that I had stocked up to them so that’s pretty cool, I was excited about that.

HOW’S YOUR FIRST SEMESTER AT MASON BEEN SO FAR?

It’s good. It was a struggle at first transitioning here. I was home-schooled my whole life coming up to this, so the adjustment from being at home all the time and just chilling … [And then I came] here and [was] like ‘Oh, every other day you have the same classes and you see some of these people every day,’ that was a struggle and being away from my family was a struggle, so it was definitely an adjustment. There was definitely an ‘I wanna go home’ period. But, now I’m getting into the groove and I’m really enjoying it.

WHAT IS YOUR BIGGEST DREAM?

I think I wanna be known for something. I wanna be somebody … people can look to and be like ‘Oh, I know her.’ I don’t want to fade away, you know? I wanna leave a mark.

IF YOU COULD MEET ANYONE FROM ANY POINT IN TIME FOR 10 MINUTES, WHO WOULD IT BE?

I don’t wanna be cliche and be like, “Oh, Jesus.” So I’m gonna go with Lucille Ball cause she was like my favorite actress, and she kinda made me want to act. I still kinda wanna do that now, I’m just going with the more stable career path … She made me love acting … comedy and film and all that, and she was just such a fireball. She was just such a powerhouse of a woman, and I wanna be able to do something like that. 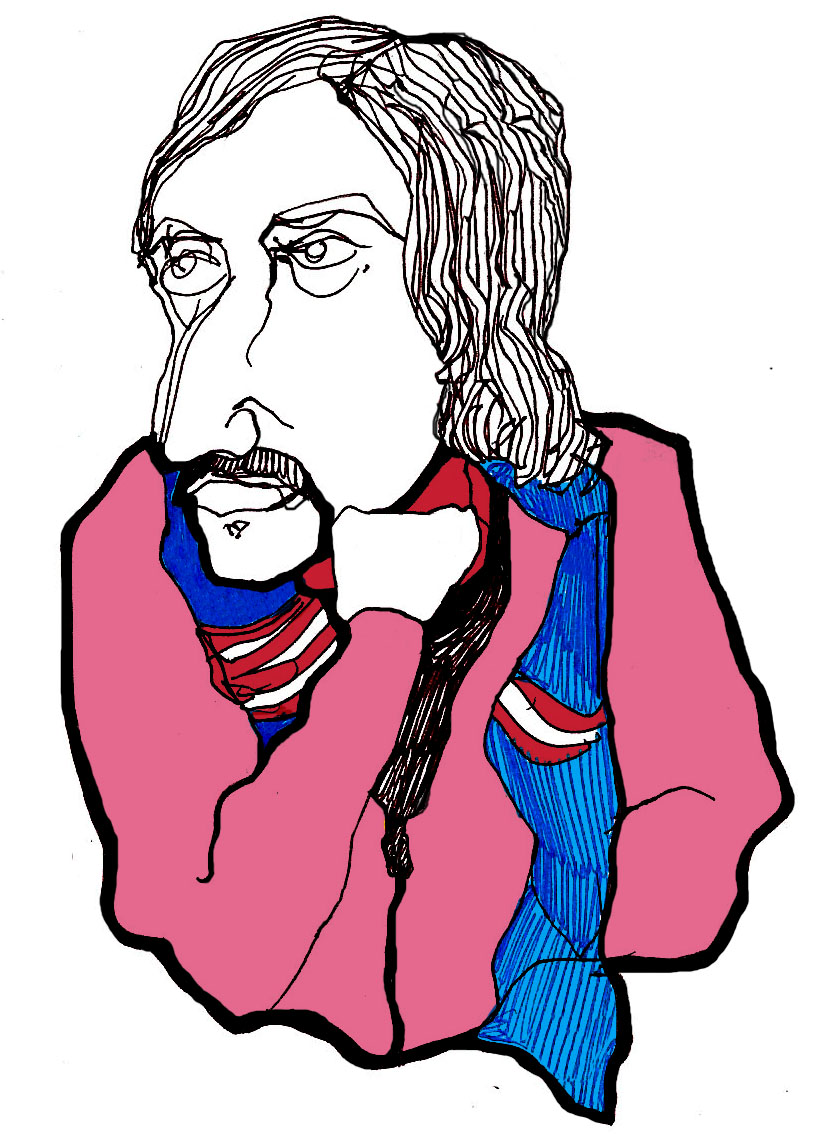 WHAT ARE YOU CURRENTLY RESEARCHING? WHY DID YOU CHOOSE THIS TOPIC?

For the past six years or so, I’ve been working on a very long book of poems, nearly 400 pages, which is partly a translation [and] partly a playful riff on India’s oldest and most influential epic poem—Valmiki’s “Ramayana.” Though this is a creative writing project, it actually uses a lot of research—not just reading the text closely, but researching interpretations, academic and scholarly articles, looking at paintings and sculpture, even visiting some places in India that I describe and bring into the poems.

Sometimes I think the topic chose me more than I chose it. I was introduced to this text at a workshop intended to get Indian English poets to write about the “Ramayana” …  This is the exciting and sometimes strange thing about research—you never know where it will take you.

WHAT IS YOUR FAVORITE BOOK OR WRITTEN TEXT?

That is a really hard question … There is the “Ramayana,” of course, which continues to fascinate and surprise me even after countless readings. I love Thomas Mann’s novel, “The Magic Mountain.” Lately, I have been reading a lot of Nathaniel Mackey, an American poet and writer. Also discovering the work of Teodros Kiros, an amazing contemporary philosopher from Ethiopia.

I love teaching the Honors 110 Research Methods class because the students choose their own topics and surprise me with them each year.  I really enjoy learning about all these different things that the students are researching. We forget that in the best scenario, students are not supposed to just regurgitate the professor’s knowledge, but use their encouragement and critical perspective to come up with things that the professor could never even have dreamed of.

WHAT IS THE MOST AMAZING OR SHOCKING THING THAT YOU HAVE LEARNED FROM YOUR RESEARCH?

As an Indian, I grew up with the story of the “Ramayana,” and took it for granted. It was a bit of a shock when I started to read the Sanskrit original and it turned out to be very different from what I thought it was.  This often happens, especially with ancient books. They have been so silted over with different interpretations, used for so many purposes over the centuries that when we finally read them, they turn out to be different from what we’d assumed. 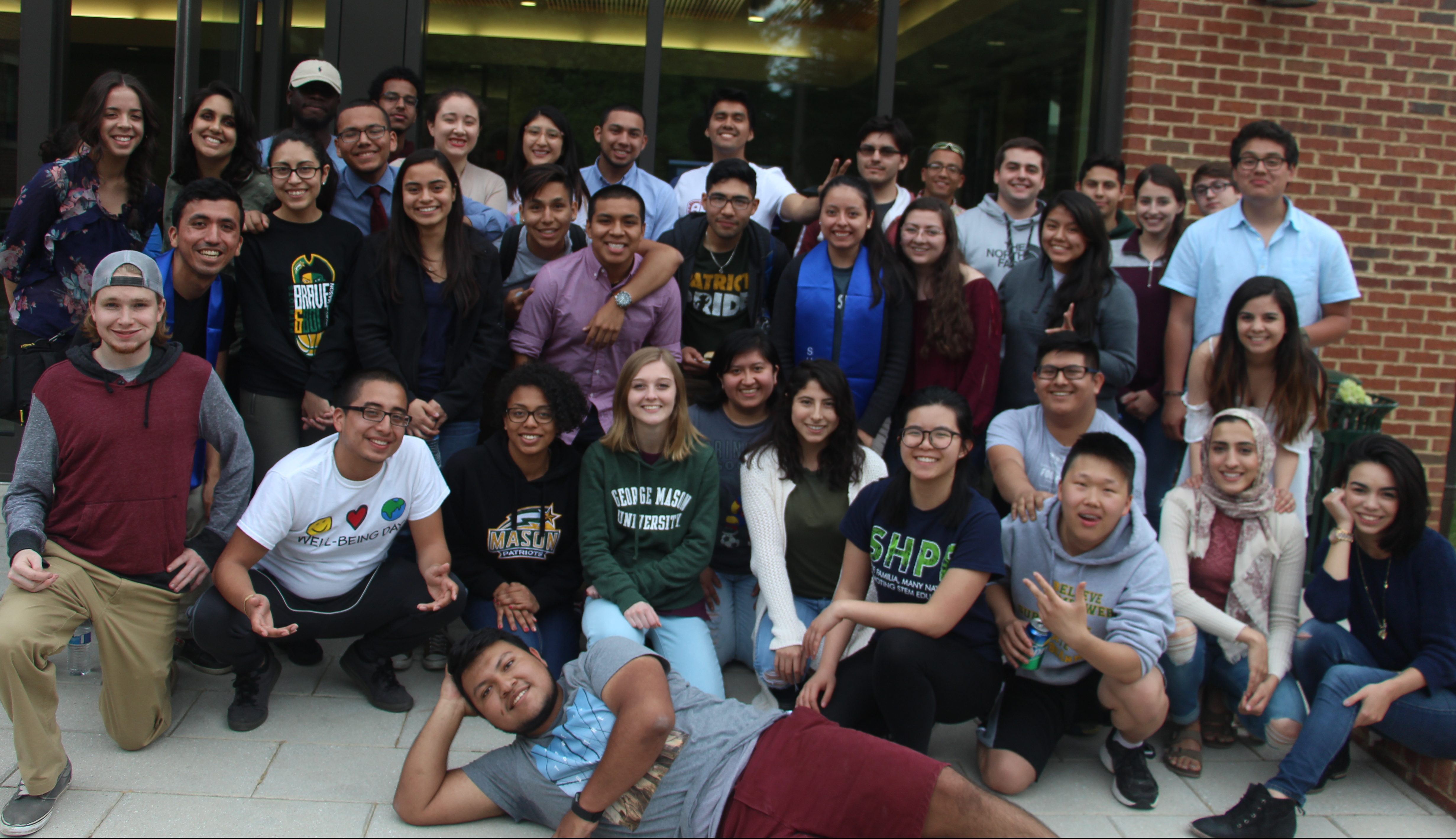 WHAT DOES YOUR ORGANIZATION DO?

We are a professional development organization that helps students transition from high school to college, then from college to the workforce specifically [by] helping students get internships. We connect with professionals by hosting information sessions …  We really connect and help them build a network that way they can get internships and job offers.

DO YOU GUYS TARGET THESE STUDENTS ONCE THEY COME TO MASON?

Preferably yes. We try to do that by working with the [Early Identification Program] and [Student Transition Empowerment Program]. We try to gather members from those programs because most are often minorities and first-generation college students and most pursue STEM degrees. So we try to get them early on, because a lot of students don’t see the importance of networking and professional development at an early age.

WHAT KINDS OF INTERNSHIPS DO YOU CONNECT THEM TO, OR DO YOU HAVE ANY COMPANIES THAT YOU ARE PARTNERED WITH?

The Society of Hispanic Professional Engineers (SHPE)  is actually part of a national organization, and the organization has an Industry Partnership Counsel (IPC). In order to become an IPC, companies pay a fee to get them access to both resumes and the membership that SHPE offers. So, within those companies, there are roughly 40 IPCs, and there are also companies that attend the national convention. These companies also have links on their websites that are specifically for SHPE members, and they have a database that is specifically for SHPE members.

DO YOU GUYS DO ANYTHING FUN TOGETHER, OR HOST ANY EVENTS ON CAMPUS FOR YOUR MEMBERS?

We actually have an annual “familia” barbeque. We [have] a barbeque at the beginning of fall semester and at the end of spring semester. That is basically a time to socialize and introduce the new executive board … Last year, we went bowling as a team too and that was fun. We had our regional convention in New York this year in March, and that was a bonding experience. It was not only professional, but we also got to bond together more like a family. To add on, for our “familia” barbeque, in order to get the most exposure we collaborate with seven other organizations on campus, specifically Hispanic organizations. This year, we had a great turnout … [more than] 150 people attended. We got to expose each different organization to the members.

HOW MANY MEMBERS ARE IN YOUR ORGANIZATION?

Roughly 60 members. A little bit more, but it teeter-totters with events. [It consists] of freshmen to seniors and also grad students. There are surprisingly a lot of computer science majors this year. New this year, we actually have committee members, which are people working underneath each position. We are basically grooming them for potentially running for next year’s Executive Board. 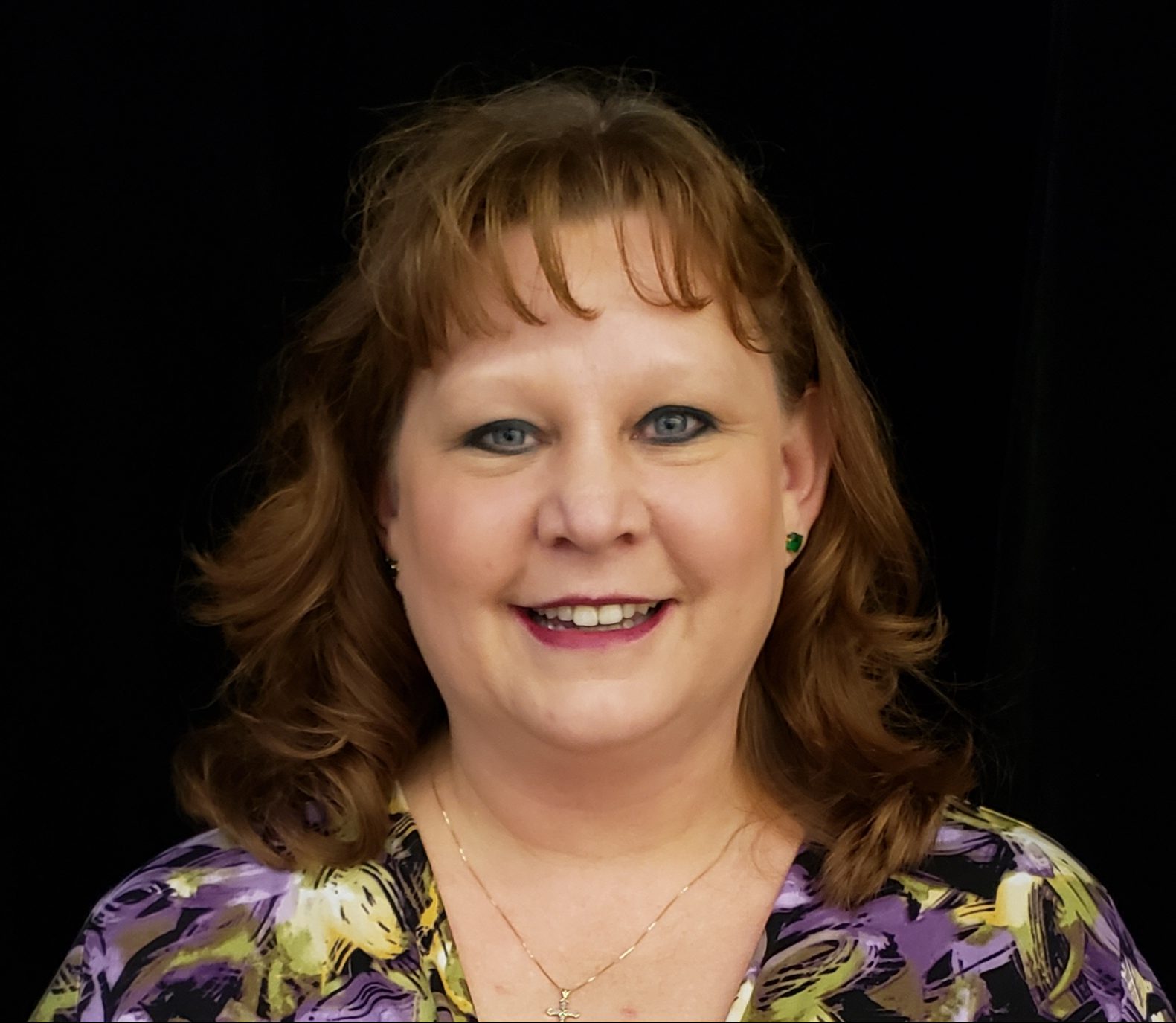 WHAT ACTIVITIES WERE YOU INVOLVED IN WHEN YOU WERE A STUDENT AT MASON?

I mainly worked, so I didn’t have a lot of on campus activities other than going to school. I actually lived at home. I did not live on campus.

WHERE DID YOU WORK?

I worked at what is now the Eaglebank Arena—I worked at the Patriot Center. I was part-time, which allowed me to watch basketball games and stuff like that and get paid. I also cleaned houses and I also worked as a camp counselor.

WHAT DO YOU DO NOW?

I am a systems engineer … I test software. So, how I got into it was I was very good at problem solving, and I believe that was due to my social work degree that I received from Mason. And somebody was making a new set of software and was like, ‘Hey, we need somebody to test this,’ and I did that one time and it became my career after.

YOU SAID YOU RECEIVED A SOCIAL WORK DEGREE FROM MASON?

I did, I have a social [work] degree from Mason. Some life events is why I decided on that degree. I was always good [at] computers, I was actually building software with my dad when I was a kid [and] writing programs, but I got pregnant out of wedlock, and so I decided—there wasn’t a lot of help out there to make decisions for me or help me make decisions.

WERE YOU A PARENT WHILE YOU WERE A STUDENT AT MASON?

I wasn’t. I actually decided to give her up for adoption. So, I was not. I have a unique story. That was what my decision was. I kind of had to come to it myself, I had to really reach out. I think that’s what drew me to social work at first, to help people help themselves in a way. Because there wasn’t a lot of information out there at that time.

HOW DID THAT DECISION AFFECT YOU?

It actually got me motivated to go back to school and get my degree. I made the decision that she would be better off with a family who had better means than me because I did not have a degree. Or, you know, I did not have a college education at that point, and so … part of it was ‘I’m going to do this, do the right thing and then improve myself’ and go back to school and actually provide for her later on in life.

DO YOU KNOW YOUR DAUGHTER NOW?

I do, it was an open-adoption. We were reunited when she was 18 and we talk, we have Christmas [together], we probably see each other once or twice a year. She’s out on the West Coast, but we communicate all of the time through text and all kinds of stuff.

“Du” It for the Culture