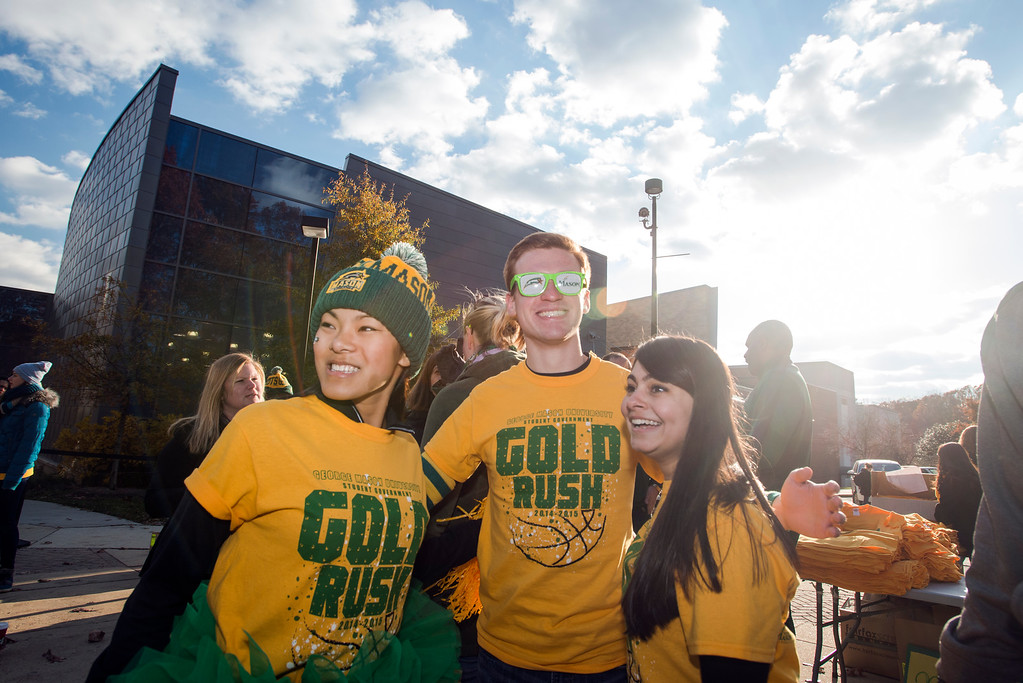 Mason basketball kicks off this week when the women’s and men’s teams begin their season with a doubleheader on Tuesday, Nov. 6, at EagleBank Arena.

Festivities begin a few days later when the Patriots hold their annual Gold Rush event on Nov. 9. Gold Rush is the team’s kick-off block party leading up to one of the men’s basketball team’s first home games.

This year, Gold Rush will take place before the men’s team takes on American University. The event runs from 4-6 p.m., with the game tipping off at 7 p.m.

Gold Rush will take place at Mason Pond this year. It will feature many different arcade-style basketball games, and even a large basketball-themed obstacle course to get fans ready for the upcoming season. Patriots fans can grab a variety of team apparel—including the free Gold Rush T-shirt given to every attendant—along with spirit gear for the game.

“Overall, we want people to bring the energy and spirit to the event and the game so that we can promote a sense of pride for our teams throughout the season,” said Brendan Sullivan, the executive secretary of University Life at Mason.

The event is a collaboration between many different organizations at Mason. Student Government, the Patriots Activity Council, the Resident Student Association and Mason Spirit Squad all played a role in putting the event together.

“This year we are once again working with Patriot Activities Council, renewed our relationship with Resident Student Association and have introduced Mason Spirit Squad as a partner for Gold Rush,” Sullivan said. “Each organization brings such a valuable skill set and … the event has benefitted from the group collaboration. We cannot wait to see the Mason Nation at Gold Rush!”