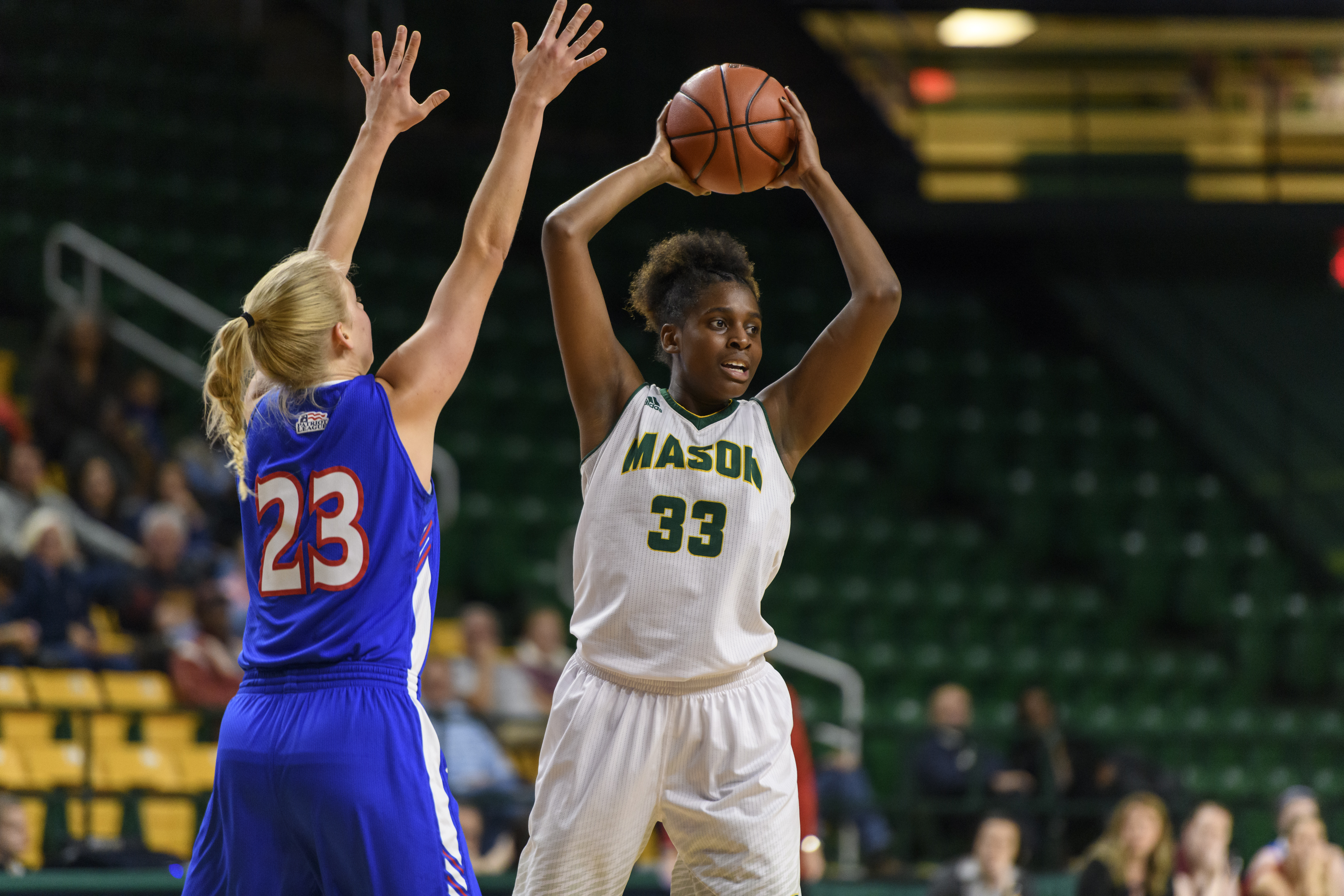 Coming off their best season in program history, Mason women’s basketball is looking to continue its success as it begins the 2018-2019 season.

Mason, who finished fourth in the conference last season, was picked to finish eighth in the preseason poll.

“[Any] time that you have the success we had, it gives you confidence; it gives you that motivation to know that it’s possible,” said head coach Nyla Milleson.

“We’re missing a couple of key parts that were very crucial for our success last year, but we’ve seen growth and maturity in our returners,” Milleson said. “We’ve got a couple of new players that are bringing us a lot every day, so we just want that same feeling of success that we had last year.”

The “key parts” that Milleson referenced were senior Tayler Dodson, who led the team in assists and was second on the team in rebounding, as well as graduate student Natalie Butler, who led the nation in rebounding and averaged 19.2 points per game. Dodson and Butler combined comprised 49.4 percent of the team’s rebounding last season.

On the list of returning players for the Patriots is reigning A-10 Rookie of the Year Nicole Cardaño-Hillary, who was second on the team in scoring last year and led the conference in steals.

“I’m excited to play with my teammates; we have great chemistry this year again,” said Cardaño-Hillary. “I’m just excited to win with my team and get better every game.”

Improving as a team is something that remains on Cardaño-Hillary’s mind. She noted that the team is taking both the good and bad from last season moving forward. “We’re going to improve on the bad and we’re just going to keep adding on to the good,” she said.

While some may view being named to the A-10 Preseason All-Conference Team as well as the All-Defensive Team as added pressure, Cardaño-Hillary sees it as motivation saying, “It just makes me want it even more than I already do.”

Now as a new captain of the basketball team, Cardaño-Hillary believes that others also provide the same leadership that she does, even without the honorific.

“I think in a way everyone is a leader,” said Cardaño-Hillary. “I think if you do your role, if you do your part, then you’ve done what you needed for the team. A leader is someone that does what they have to do to win, and if … you’re doing what your role is, then you are accomplishing leading your team to a victory.”

Mason will be returning two other starters in juniors Jacy Bolton and Sarah Kaminski, who started 32 and 33 games respectively last season.

When asked about her hopes for the team this season Milleson said, “We have very high expectations. We’re really hoping to build off of the confidence and the momentum we got from last year, so we’re hoping to finish in the top portion of the conference and host a home game again in the first round of the conference [tournament]. Different year, same goals.”