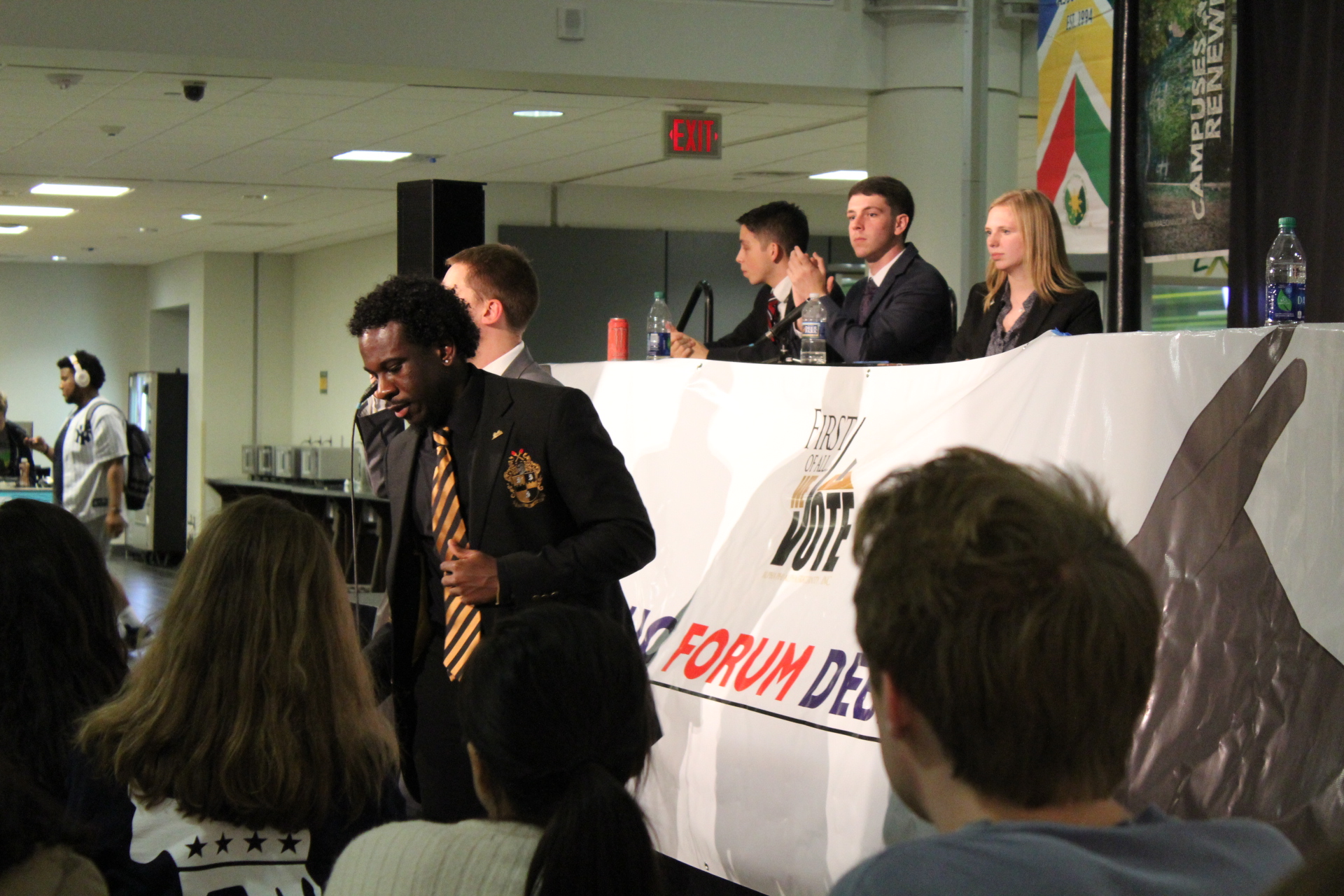 The event, “First of All We Vote,” was hosted by Student Government, Alpha Phi Alpha Fraternity, Inc. and Mason Votes as a way for students to hear about issues affecting the midterm in a bipartisan manner.

“In this election, all 435 seats in the House of Representatives are up for grabs and a third of the senate is on the ballot,” said Erica Kelly, an intern for GMU Dems, during opening statements.

“When you cast your vote on Nov. 6, you are deciding who will have control of your national legislature and who sits on the Supreme Court or who has access to affordable healthcare,” Kelly said.

Moderators for the debate included members of Alpha Phi Alpha and one representative from Student Government, all of whom encouraged a civil debate.

“Student Government represents the student body, and if everybody sees Student Government supporting bipartisan debates and encouraging people to vote, then maybe that will persuade them to vote,” said Cassidy Whitehurst, a freshman student senator.

GMU Dems argued that public higher education should be free and one of the best forms of education offered. They also cited the bill S.2737, which was introduced by Sen. Tim Kaine. The bill is intended to provide for the training of career and technical education teachers. 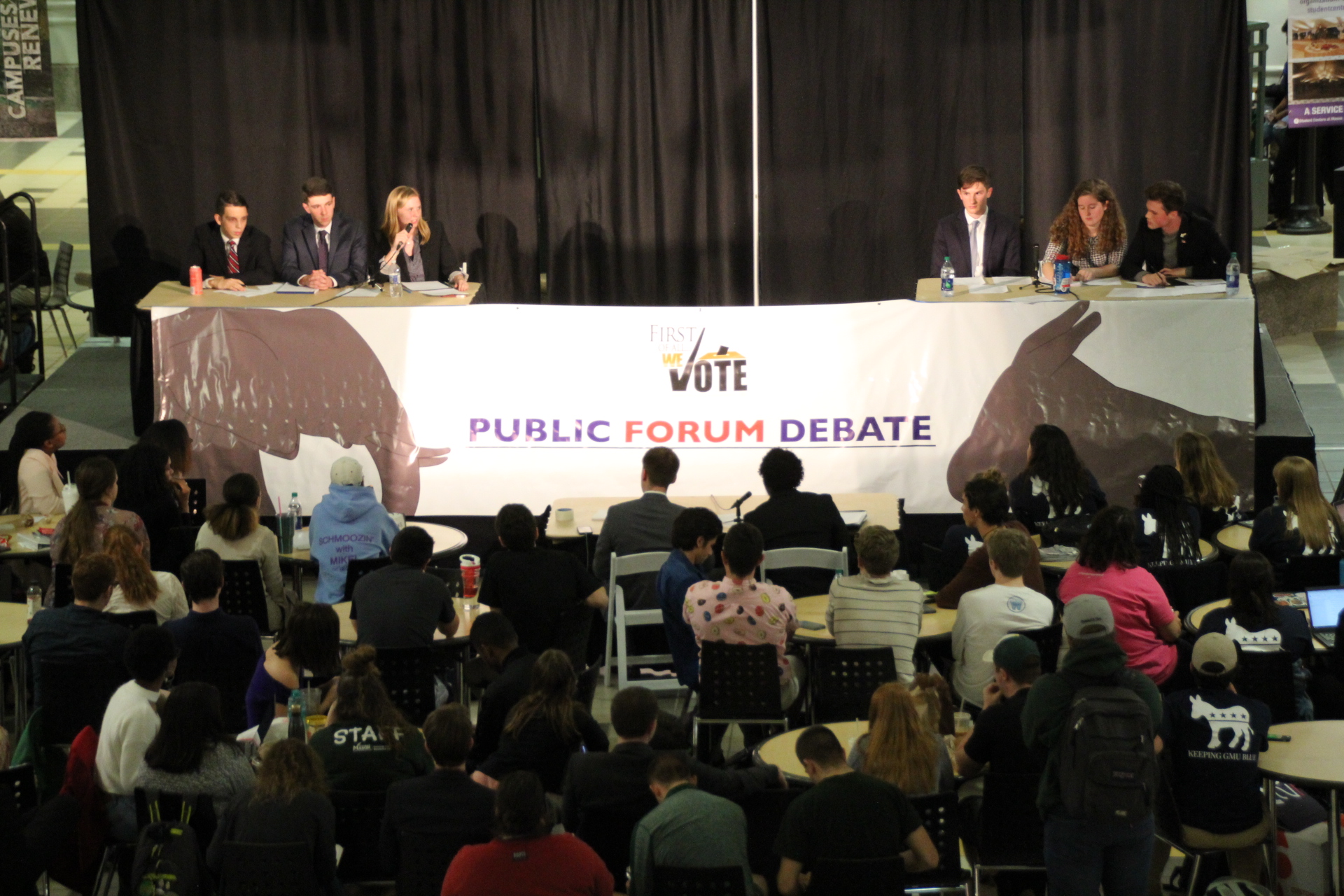 The CRs countered that education can be offered in many forms, such as homeschooling, private education or public education, and that different styles can be beneficial to different students. They agreed with the Dems that more funding should go towards technical education, and said that higher education is not meant for everyone.

The issue of white supremacy came up, primarily directed at the CRs.

“Republicans as a whole denounce white supremacy, and I think that it’s difficult to [put] those types of comments on us as Republicans, because that is not how we feel as a party,” said Leah Hoffman, a member of CRs.

Ian Waite, a member of CRs, explained that legal immigration provides a vetting process in which the government can conduct background checks and understand better who is attempting to enter the country.

CRs also mentioned a compromise bill related to immigration that Republicans drafted this summer, which included funding for the Deferred Action for Childhood Arrivals act that was shot down by senate Democrats. 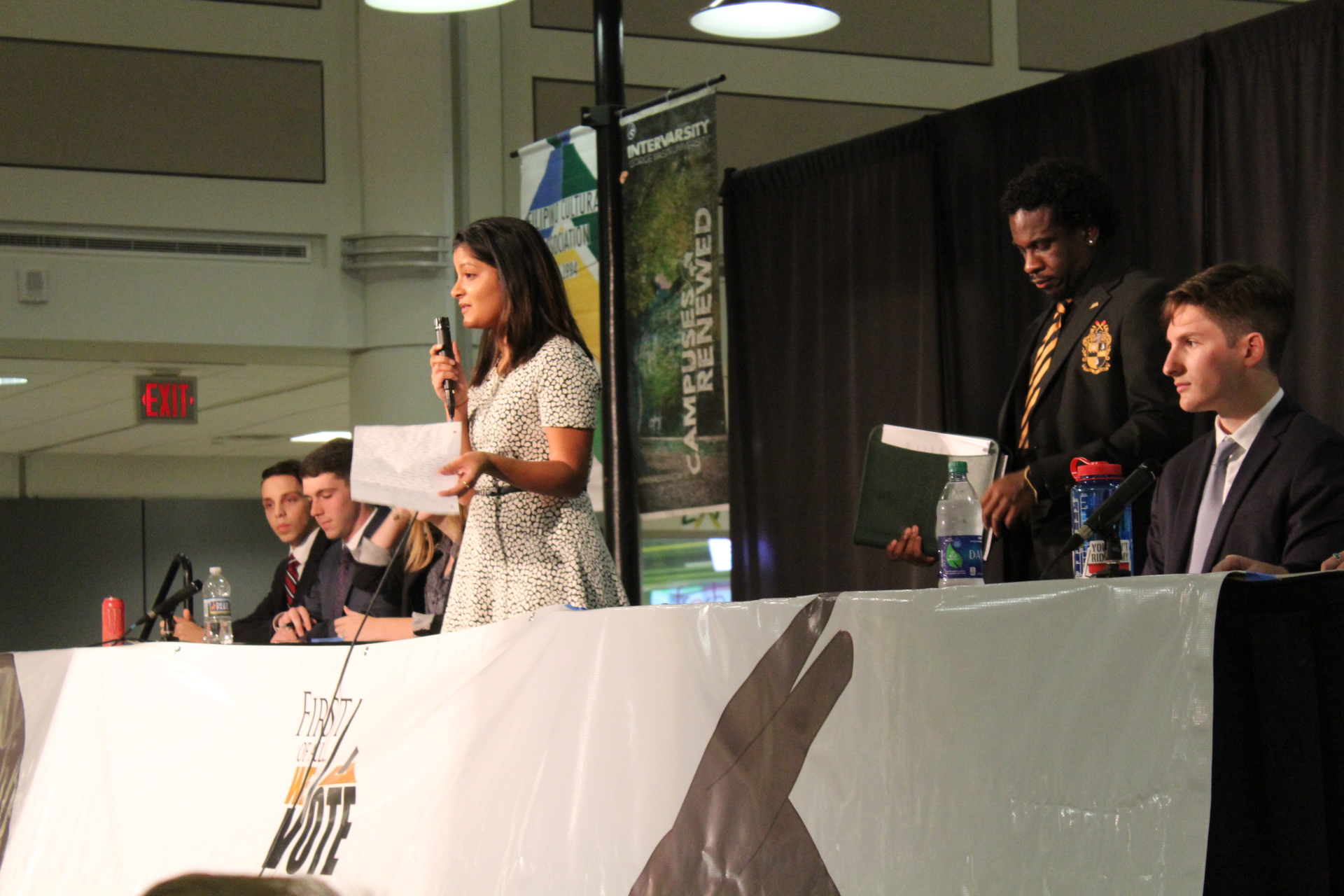 GMU Dems framed illegal immigration in a more open tone, focusing on how many of those coming in illegally are seeking asylum. Kelly mentioned the low crime rates in the city of El Paso to argue that illegal immigrants do not negatively affect amounts of illegal activity.

Near the end of the night, both sides were asked to name one issue that they thought deserved bipartisan agreement. CRs said immigration, while GMU Dems said gun rights.

In their closing remarks, both the CRs and GMU Dems urged all audience members to vote on Nov. 6 in the 2018 midterm elections, no matter whom they planned to support.

“It’s our civic duty,” said Eileen Anderson, a freshman at Mason. “If we want to make a change, then we have to do something about it. Many people think our vote doesn’t matter, but it does. There have been races that have come down to the final few votes.”

The Washington Post and Schar School Partner to Conduct Polls