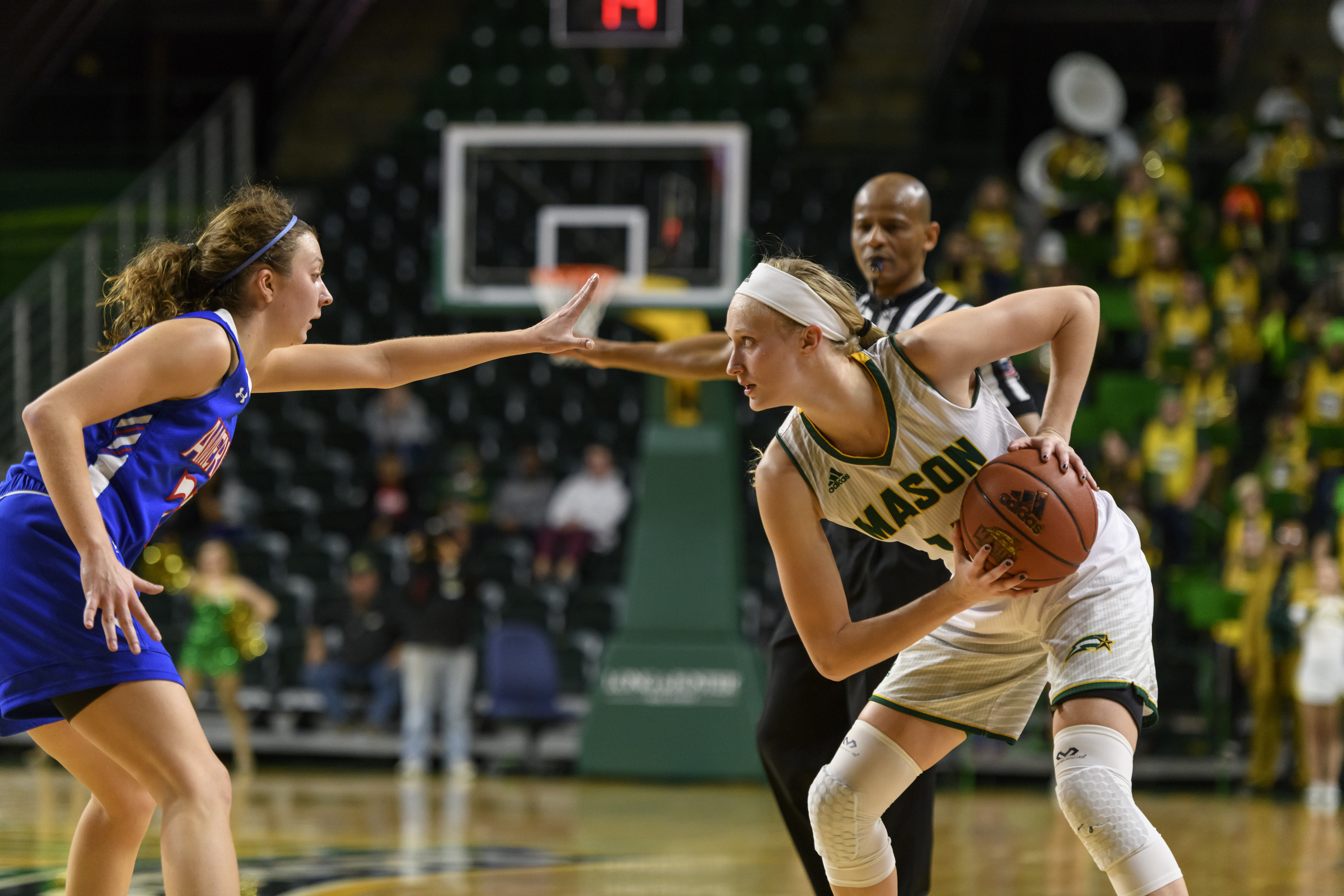 Women’s basketball kicks off its season Nov. 6 at 4 p.m. vs. Loyola University Maryland at EagleBank Arena. Coming off of their best season in program history, head coach Nyla Milleson created a challenging nonconference schedule for this year’s squad.

The Patriots finished with a record of 24-10 last year, going 11-3 in nonconference, giving them their most wins in 30 years.

Three of the team’s first 10 games are on the road, though they finish nonconference play with a three-game homestand. Two of the road games will be to Washington D.C. to take on American University and Howard University.

American finished last season 26-7, won the Patriot League Championship and advanced to the NCAA Division I Women’s Basketball Tournament, where they lost to the University of California, Los Angeles. The Eagles were undefeated at home last season.

The Patriots beat the Eagles 71-53 when they played last season at EagleBank Arena.

American is one of three Patriot League teams that Mason will play this season, the other schools being Colgate University and Loyola.

Kansas finished 12-18 last year, and finished ninth in the Big 12. Washington is coming off of a 7-23 season in which they won a single conference game and finished the season with an 11-game losing streak.

This comes only one year after both their 2017 Sweet 16 run and star point guard Kelsey Plum being selected as the number one pick in the WNBA draft.

According to the AAC preseason poll, the Cougars were picked to finish third in the conference, so winning this game could help Mason’s resume.

Mason will be returning to its Colonial Athletic Association (CAA) roots when it takes on the University of Delaware at home on Dec. 6. The last time the Patriots played the Fightin’ Blue Hens was in 2016 on the road, when they lost 67-51.

Delaware finished fourth in the CAA last season with a record of 20-12 and made it to the WNIT, where they lost in the first round to Georgetown.

The Patriots kick off conference play on Jan. 6 at Davidson College.