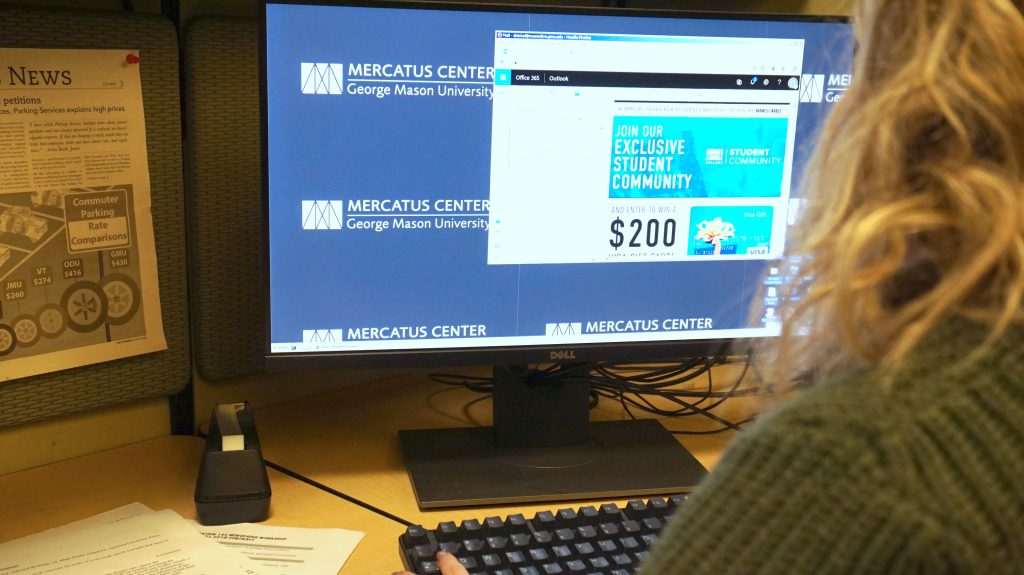 According to recent reports from The Intercept, the Mercatus Center, Mason’s policy think tank, uses a private email server inaccessible to Mason personnel. This creates a limitation for Virginia’s Freedom of Information Act (FOIA), which extends to all emails sent from public institutions.

The Mercatus Center focuses on free-market ideology and Austrian economics. It was established as part of Mason in 1980 and is located in Arlington, Virginia. The Center has received heavy funding from the Charles Koch Foundation.

Elizabeth Woodley, a compliance officer at Mason, spoke to The Intercept about the private server.

“Our IT department has informed me that they do not have access to the ‘@mercatus.gmu.edu’ addresses,” said Woodley.

This is in contrast to the network used at Mason. Email addresses associated with the university end with “gmu.edu” because Mason uses a public email server.

Woodley stated, “The Mercatus Center is an independent 501(c)3 not-for-profit organization,” which means that they are disconnected from the university.

However, Mason’s provost, David Wu, is in charge of approving any potential member of the Mercatus Center’s board. The Mercatus Center is also required to include Mason’s name within everything it publishes, and it presents itself as a university source for free-market-oriented ideas.

The Miller Center of Public Affairs, a policy think tank at the University of Virginia (UVA), uses the same email server as UVA.

Howard Witt, the director of communications at the Miller Center, said, “Our email is that exact same as any other faculty on campus.” He continued, “All of our activities and emails are subject to Freedom of Information Requests.”

The news of the private email servers broke because journalists with The Intercept filed a public records request for emails related to the Bernie Sanders Medicare study.

The study’s results went against Mercatus’ own mission statement. According to David Dayen, Mercatus officials initially scrambled to dispute the findings. Because Mercatus’ emails are on a private server, however, the journalist could not access the emails under FOIA.

$17 Million In “Hush Money”: The Kaine And Stewart Debate Begins