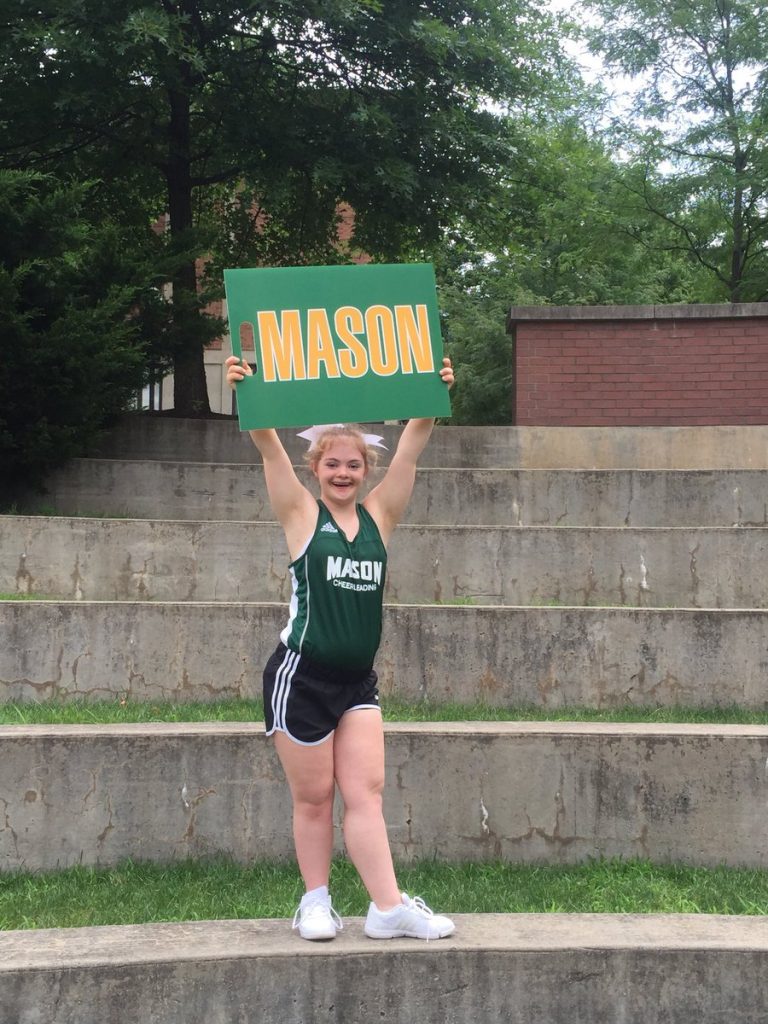 Editor’s Note: This story is part one of what will be a more in-depth examination in the coming week.

AnnCatherine Heigl was released from sorority recruitments on Sunday, Sept. 16.

Heigl is a sophomore, division one cheerleader at Mason, who also has Down Syndrome. According to NowThis, Anna Catherine rushed eight sororities at Mason, and was dropped from them all.

Her older sister, Lillie Heigl, believed that AnnCatherine was dropped from recruitment because of her disability. Lillie contacted the the Associate Director of Student Involvement, Phil McDaniel, through email.

“I was devastated that my sister wasn’t wanted as a sister by the Panhellenic women at GMU,” wrote Heigl to McDaniel. Heigl posted the extent of the email on Twitter.

Heigl spoke to the Mighty about her reaction when she found out her sister was dropped from recruitment at Mason, “‘I know it’s a consistent problem,’” Heigl said. “‘I would say it’s pretty safe to assume that there isn’t a lot of knowledge or education that Greek members or women doing the recruiting have about neurodiversity and about the people coming through.’”

On Wednesday, Mason’s Panhellenic organization released a statement on their social media pages. The organization stated that “Panhellenic’s Formal Recruitment is a mutual selection process, and as the overseeing council we manage the process and enforce policies that have been decided on and approved by our member organizations.”

According to the Mighty, MasonLIFE reached out to Lillie and AnnCatherine Heigl’s mother, Laura Heigl, to learn what they can do better to prepare other MasonLIFE students for greek life. Student Involvement and Mason’s Panhellenic organization have yet to reach out to Laura.

Mason’s Panhellenic concluded their statement, “As a council that promotes inclusivity, we recognize that people have been harmed by the decisions of our members, and we are committed to engaging all communities in dialogue on these issues to do better in the future.”