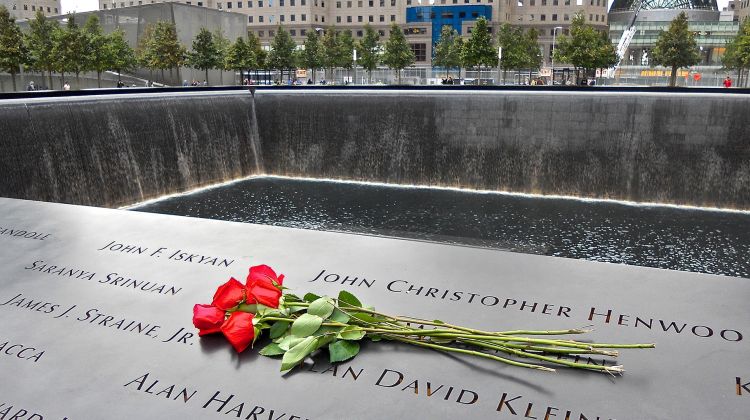 Mason students discussed their memories of the fateful day

“I was in seventh-grade history class. [The crash] was happening right in the middle of our class. Someone came in and whispered to our teacher, and then we were brought to the library. They wheeled in a big TV, and we sat down and watched the burning towers, and it’s something I’ll never forget. It didn’t make sense to me, because it was surreal. I was trying to make sense of it at the time, and why someone would do something like that. I think about it in the context of the American spirit when I look back on it. Even though it’s a huge tragedy, it’s something we can all look on how America reacted, how we all came together and supported each other and did everything we could. My hope is people would remember that [unity] when they look back on 9/11.”

“I grew up in North Carolina, and I was about two or three when it happened. My family’s actually from New York, and my grandma used to work in the Twin Towers. She came down to see me and help out my mom, so it was like a blessing in disguise. I remember I was watching cartoons, and she changed the channel immediately. I was upset because I was three, then my mom explained what happened. It was pretty emotional.”

“I was five or six. I don’t really remember it happening, just the way kids reacted afterwards in the art that they drew. [In art class], people were drawing planes crashing into buildings, and I had no idea why.”

“I grew up here in NOVA. I was around three when it happened. I lived sort of close to D.C., and I had family members that worked in the Pentagon. At the time, I didn’t know anything about it. But when I did start learning about it, I realized how crazy it was. At the time, I was at a daycare that was on-base. Afterwards, my parents told me how they had to rush and come get me.”

“I was four when it happened, and every year [in Germany], it comes on the news. Everyone knows it, and it’s a real mark of history. We also talk in school about it, and sometimes politically, like the reasons and the outcomes. For example, I had to analyze a song about it. We also, of course, feel sad about the people dying. I think it’s really important to have memorials [in Arlington] and also in New York. You’re reminded of it, and history should never repeat itself. It’s really important to think of the people who died, and since the names are engraved [on the memorials], it gives people a face. When you see it, you really feel sad.”

“I was in fourth grade. I was in a music class, and people started getting called to the office. Then my mom picked me up, and we also took home our Vietnamese neighbor, who was one of my best friends. We decided to have a picnic, and we ate mac ’n’ cheese on our driveway. We didn’t really talk about it. At the time, we were in a bubble. And then my mom told me and the [TV] screen was on, but it didn’t seem that big. And it was sad, and I knew it was supposed to be sad, but it was more interesting as a kid if you knew someone whose parent almost got on the plane. No one knew anyone specifically at the building, but in that weird sociopathic young child kind of way, everyone was gossiping and trying to one-up each other. Over time, we all got how sad it was, but it wasn’t until a couple of years later until I realized how horrible it was.”