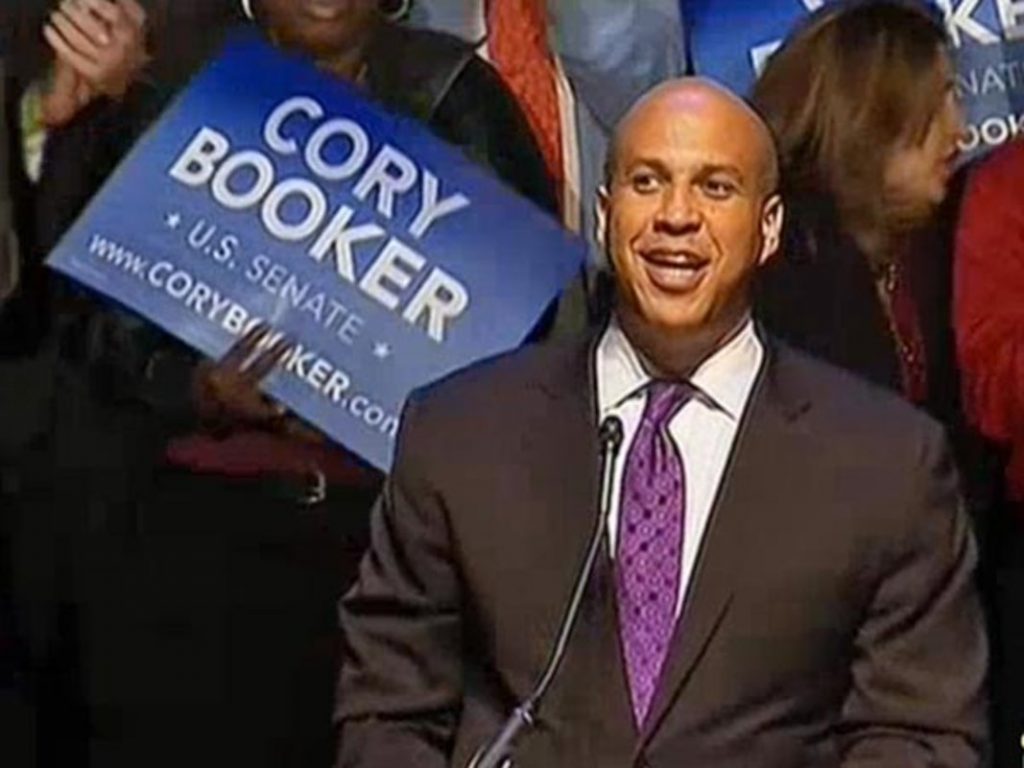 I wonder if Senator Cory Booker has recently been leaving food in the microwave too long. Or swinging his clubs too hard on the golf course. Or getting injured from working out too much. My curiosity is aroused because the New Jersey senator has been overdoing it.

On July 24, Booker was speaking to religious leaders with Senator Elizabeth Warren when he said this with the utmost gravity: “I’m here to call on folks to understand that in a moral moment, there is no neutral. In a moral moment, there is no bystanders [sic]. You are either complicit in the evil, you are either contributing to the wrong, or you are fighting against it.”

One might think, judging by his words alone, that he was speaking about a truly horrendous topic. A comment like this sounds like the sort of thing people say about racial segregation or the Holocaust (and rightly so).

Booker was actually referencing the nomination of DC Circuit Court Judge Brett Kavanaugh to the Supreme Court. According to Booker, the nomination of one man to control one of nine seats on the court at the head of one of three branches of government is akin to actual moral evil and it demands everyone to fight for the side of righteousness, which is the senator’s side, of course.

This wasn’t a one-time occurence; Booker has overdone it before. In January, Booker yelled at Secretary of Homeland Security Kirstjen Nielsen during a congressional oversight hearing because President Donald Trump allegedly used profanity to describe poor countries in a meeting at the White House. If the batteries in your TV remote have ever died while you were flicking through the channels, and you happened to be on C-SPAN when they did (this is the only way C-SPAN gets ratings), you know that congressional oversight hearings normally have exactly as much passion as you would expect from a bunch of senators asking bureaucrats about bureaucracy.

Booker felt the need to overdo it. He described his “tears of rage” and claimed to be “seething with anger” over the President’s alleged comments and lit into Secretary Nielsen, who just happened to be the next cabinet official scheduled to testify to Congress after the White House meeting. No one accused her of any wrongdoing, but Booker decided she would become a target, and a routine oversight hearing would be the time for a melodramatic monologue on the evil of bigotry.

Also in January, Booker made the unprecedented move of testifying against the confirmation of his Senate colleague, Jeff Sessions, to be Attorney General. While the delivery was more composed than his vituperation against Secretary Nielsen, his words were just as weighty.

He spoke of the “arc of the moral universe,” claimed Sessions, “demonstrated a hostility towards [civil rights],” and said “if there is no justice, there is no peace.”  All of this was for the nomination of a man eminently qualified to be Attorney General. Sessions was a U.S. Attorney for 12 years, served as the Attorney General of Alabama, and was elected to four terms in the Senate. It is true that Sessions is a very partisan politician, but Attorney General is a partisan position appointed by a partisan president. Former President John F. Kennedy even appointed his brother to be attorney general. Sessions, with his extensive legal experience, did not pose a threat to anyone and did not deserve the breaking of norms that Booker’s testimony represented.

It’s fine for Booker to disagree with the Attorney General, dislike President Trump’s comments, or oppose a conservative judge on the Supreme Court, but it’s not the apocalypse. It would be wise for Booker to calm down. Otherwise, people will treat his overdone words like they treat overdone leftovers in the microwave:  they will want no part of them.