The demand for eco-friendly tiny houses is on the rise due to the lifestyle’s affordability, as demonstrated by shows such as “Tiny House Hunters” on HGTV. 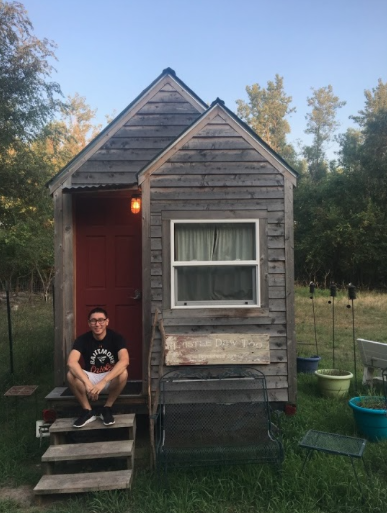 Tiny houses are typically 80 to 600 square-feet and are equipped with the amenities of the average 2,600 square-foot American home, according to Jenna Spesard of “Tiny House, Giant Journey”, a popular “tiny lifestyle” blog. The houses are often built with lofted beds, full kitchens and bathrooms, and tiny house investors feel they get what they want out of their homes without going into debt.

On average, homeowners build their dream “tiny” home within a budget of $35 thousand to $100 thousand, according to Spesard. The living option is considered to be more sustainable, eco-friendly and minimalist compared to the financial and energy costs of conventional American homes. While the financial aspect of “tiny living” may be enticing on its own, the “green” factor is another interest.

NASA’s reports on climate change show that due to the increase in man-made carbon emissions, the Earth’s surface temperature has risen by two degrees Fahrenheit since the end of the nineteenth century. This temperature rise indicates sea-level rises by eight inches in the last century, with the numbers steadily increasing. The Intergovernmental Panel on Climate Change, according to NASA, also concluded that there is a 95 percent probability that man-made gases such as carbon dioxide emissions and methane are responsible for the harmful changes.

As awareness of these climate changes increases, people are investing in the tiny house movement, in which it is possible to live comfortably and consciously of their carbon footprint. One of the important aspects in making a tiny house sustainable is using recycled materials, in addition to using composting toilets and well water.

Dillon Ginley, an owner of a tiny house in Fairfax, constructed his home with recycled materials. “I aggressively sought recycled materials, and I estimate about 15 percent of my materials were recycled,” said Ginley, “It cost me roughly $14,696 in materials to build my tiny house, and 606 hours of labor at a rate of $50 an hour.”

When asked about whether tiny houses save energy, Ginley said,  “My tiny house averaged 209 kilowatt hours of usage over six months. We now use an average of 533 kilowatt hours of electricity in the big house, but the average American household uses about 897 hours a month.”

Ginley feels this is a drastic difference that proves how living tiny cuts back on the “man-made” climate change problem. As efficient and “green” as living in a tiny house may seem however, and as much as Ginley would like for more people to adopt the lifestyle, he believes more people need to change their views on the comforts of their conventional homes.

“My experience as a builder and seller of this one tiny house has led me to believe that tiny houses will not be any more than a miniscule part of the climate change solution until there is a major cultural change about their acceptability in our communities,” said Ginley.

Enerel Orgil of Rockville, MD, believes in the sustainability of tiny living. The Mongolian native grew fond of the lifestyle because he believes the development of modern tiny-house styles have taken inspiration from the “gers”, or yurt-style homes, of nomadic Mongolians.

Mongolian gers are small structures that can easily be packed up, as the families who inhabit them are nomadic, following the weather patterns and livestock in rural Mongolia. The way of living was passed down from the days before Genghis Khan and the nomadic herders of the country continue the living tradition today. 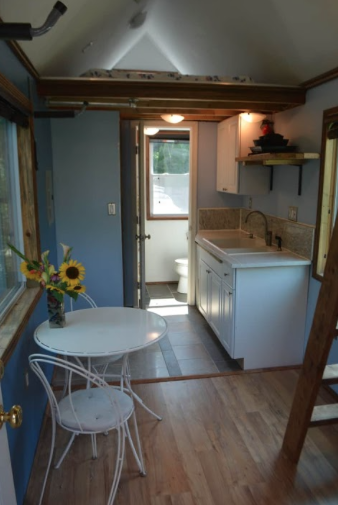 “Our tiny house has electricity since it was on a farm, otherwise, it used a composting toilet and well water or water collected from the rain,” Orgil said, “the house was also constructed out of repurposed wood from an old barn, which I thought was pretty smart. It was tiny enough to be hauled away, even by a small car.”

Marielle Walter, a resident of Washington, DC, was pleased to hear about the tiny house accessibility in her neighborhood.

“Even here in Washington, there are tiny house enthusiasts with tiny homes in their parking spots! Our neighborhood has even been zoned for ‘adjacent dwelling units’ (a term for tiny houses in this case), so our home lots can now have an additional unity on them,” said Walter, “I think it shows that even politically, the tides are turning to be more accepting of the tiny house concept, lifestyle, and demand.”

“In general, the tiny house lifestyle is one of minimalism…less consumption. Almost all products require resources in the processing so the less we are consuming, the more sustainable we are being with resources, and the less impact we are having on our Earth—particularly on our climate” she said.

Researchers at Mason’s Center for Climate Change Communication estimate that humans will reach their carbon budget by 2035, should humans continue producing the high rates of waste and emissions.

Going “tiny” in a 400 square-foot home constructed with recycled materials may be a step in the right direction to combatting the growing problems linked to climate change. The lifestyle may not be for all, but it certainly was the preferred decision for hundreds of tiny home-owners like Ginley and Walter.