Check out how Mason almuna, Chanel Grice, integrates her passion for foreign service with portraiture 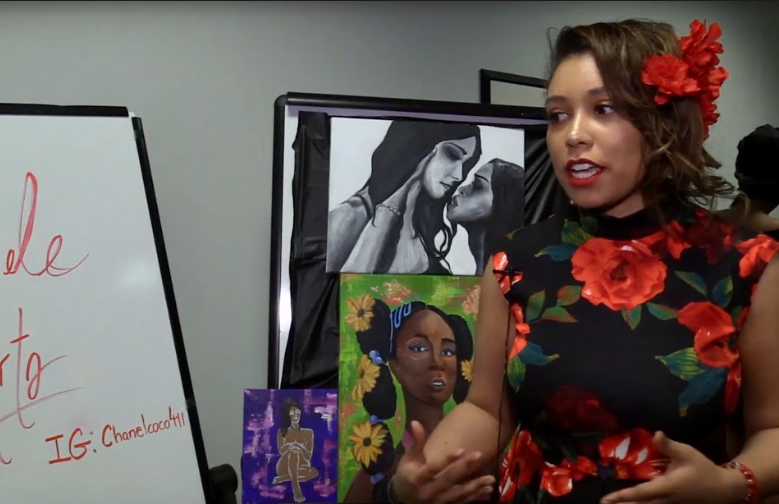 Chanel Grice graduated from Mason in May 2017 with a double major in global affairs and economics. Grice was a resident advisor for three years at Mason, as well as a dedicated sister of the Omicron Rho Chapter of Delta Sigma Theta Sorority, Inc. Grice now works at a small consulting firm assisting with projects for government agencies and further enriching her background in economics.

Since graduation, Grice embarked on a career in her desired field and utilized extra time to apply to graduate school and scholarships. Recently, Grice was awarded the Rangel Graduate Fellowship through Howard University. This high distinction recognizes Grice as an outstanding minority student who pursues an education within foreign affairs and services.

This fall, Grice will begin a new academic adventure as a graduate student in the School of Advanced International Studies at Johns Hopkins University. Hosted by the U.S. State Department, Grice’s program entails five years of commitment within foreign service.

Aside from her academic and career pursuits, Grice is also devoted to perfecting her art. For Grice, art is both a stress-relieving and eye-opening process. She considers painting portraits an escape from stress, as well as a medium to influence others by representing sets of diverse individuals domestically and internationally.

“I want to do justice to marginalized people,” Grice said.

As an artist and student, she looks forward to being able to accurately paint the lives and experiences of those she connects with during her academic endeavors in foreign, developing countries.

From Aug. 2017 until Jan. 2018, Grice poured more time into art by working at a paint bar. Although she enjoyed teaching the craft to others, Grice felt obligated to paint in the interest of money rather than genuine passion.

She halted her time at the paint bar, and now finds herself painting in times of natural inspiration. Her passion project, Gabriele Arts, diverts from the model of a business. As Grice posts her art pieces on Instagram (@chanelcoco411), followers and friends will direct message her out of interest in purchasing such pieces. By doing so, Grice is not driven by money but rather by her dedication to perfecting her own craft.

As an artist, she recognizes that she is at the beginning stages of the learning process.

“I definitely want to get to a place where I feel comfortable with my art…that is why my art is more freelance,” Grice said.

Ultimately, Grice wants to reach people internationally by administering foreign aid and helping developing countries using her economics background. But, as she continues working in foreign service, she also hopes to continue representing the lives of others with a refined skill set for portraiture.