THE CONSERVATIVE CONFERENCE TALKED POLITICS FOR 2018 AND BEYOND

With a Republican president in the White House and a GOP majority in Congress, attendees at the 45th annual Conservative Political Action Conference (CPAC) had much to celebrate this year.

Speakers were able to reflect on the past year and discuss steps moving forward in relation to conservative politics. CPAC 2018 focused on a variety of pressing political issues including gun control, free speech on college campuses and free markets.

The event was hosted by American Conservative Union and took place from Feb. 21 to 24, at the Gaylord National Resort & Convention Center in National Harbor, Md. 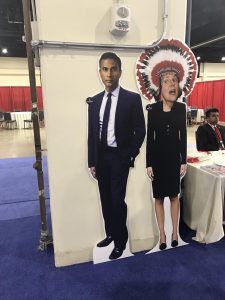 One of the first speakers at the conference, LaPierre kicked off Thursday morning with a memorable and fiery speech defending citizens’ gun rights and criticizing the hypocrisy of Democrats.

In light of the shooting in Parkland, Fla. President Trump added on to the topic of gun control in his remarks on Friday. He noted teachers should have the right to arm and protect themselves in schools.

“When we declare our schools to be gun-free zones it just puts our students in more danger – well-trained gun-adept teachers and coaches should be able to carry concealed firearms,” Trump said.

“We should do what works. This includes common sense measures that will protect the rights of law-abiding Americans while helping to keep guns out of the hands of those who pose a danger to themselves and to others.”

Attendees could also visit different panels, workshops and book signings throughout the duration of the conference. For example, the conference included an “activism boot camp” 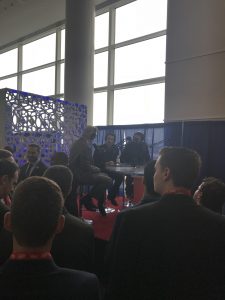 In an interview at CPAC, Sen. Ted Cruz (R-Tx), summarized the difference between the two parties with a reference to the television sitcom, “The Simpsons.”

“I think the Democrats are the party of Lisa Simpson,” Cruz said. “And Republicans are happily the party of Homer and Bart and Maggie and Marge.”

Cruz went on to note his favorite thing about the 2018 conference: young people.

“CPAC is about liberty,” Cruz said. “I call young people ‘generation freedom,’ because you want to know what resonates to everyone who is at some college that is run by ‘60s hippies who are imposing some draconian speech code? Let me say to all young people – speak the truth. Spread the fire of liberty.”

Products of prison labor on campus