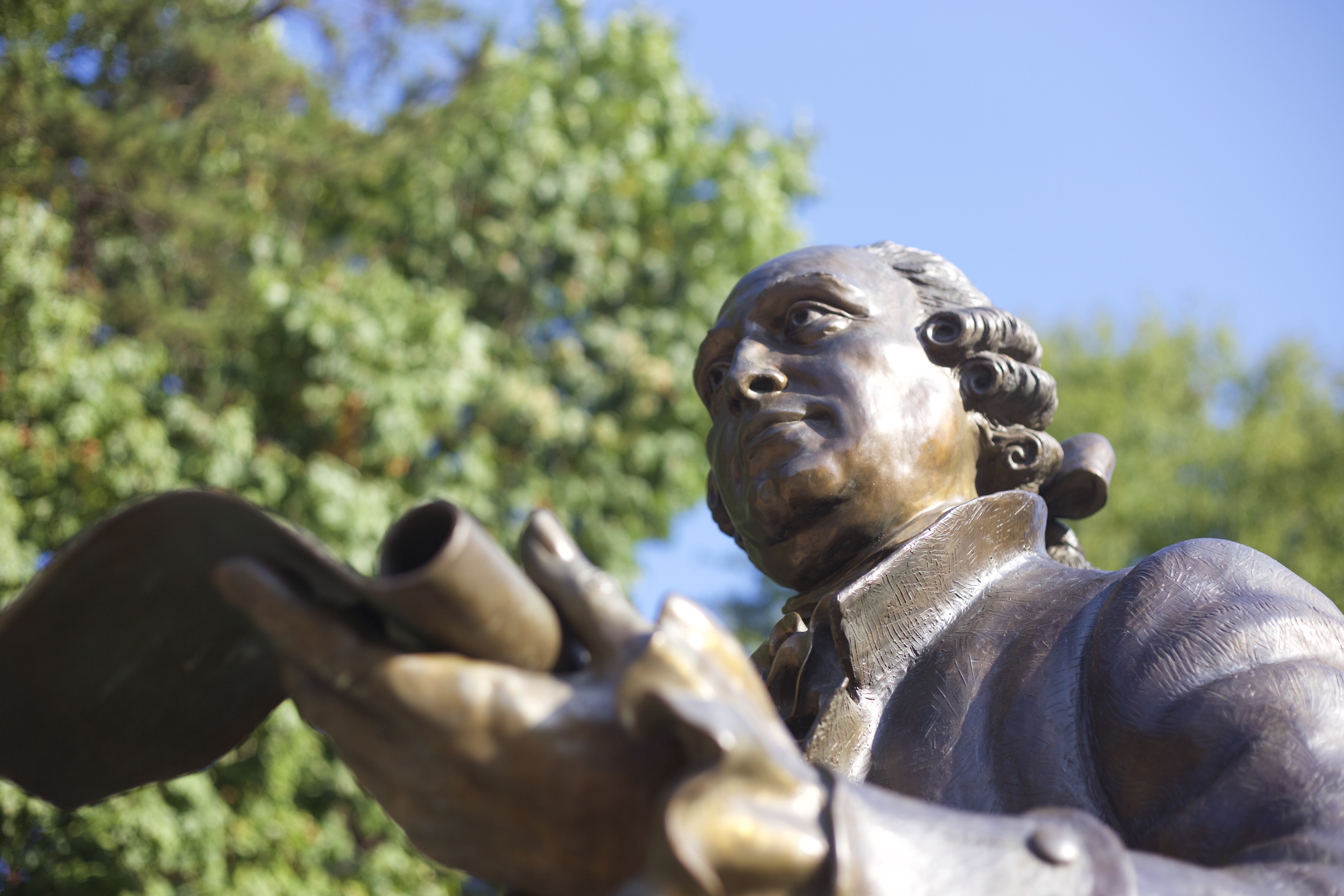 On Sept. 21, Honors College Black Ambition, a student-run organization that is “intent on creating a diverse presence within Mason’s Honors College,” according to their GetConnected page, held the event “Caja. Millie. Tom. Liberty: The Forgotten Narrative” to discuss historical figure George Mason and his ties to slavery.

Mason is considered by some as one of the most outspoken founding fathers in pronouncing slavery as evil, but he also owned the second largest number of slaves in Northern Virginia, according to Gunston Hall’s website. In addition, HCBA’s event is named after four of the slaves Mason owned.

HCBA Vice President and Founder Desmond L. Moffitt said the inspiration behind “The Forgotten Narrative” stems from the organization’s mission to provide more opportunities for African Americans and other minorities to have an influential voice in the Honors College and the Mason community at large. Director of Gunston Hall Scott Stroh believes that understanding what role slavery played during the birth of our nation and what can we take from the controversy surrounding Mason is integral to discerning the systemic effect these events have on our society and university today.

As Moffitt said, “Distancing oneself from history is a precursor to the ignorance that follows.”

Looking back at this history, Mason was integral in creating the Virginia Declaration of Rights in 1776, which became the inspiration behind the Bill of Rights, or the first 10 amendments to our Constitution, according to the Bill of Rights Institute’s website.

“An active learner all of his life,” Stroh said, “(Mason’s) main commitment was to genuine public service.”

Stroh added that while Mason represented Fairfax County in Virginia’s House of Delegates and served in the Federal Convention representing Virginia, he actively turned down opportunities in politics. He added that Mason believed the celebrity of political positions often overshadowed the service itself.

“He was not afraid to be the dissenting voice, especially in his commitment to the Bill of Rights,” Moffitt said.

Although Mason was an active participant in creating the Constitution, he was one of the members of the convention who did not sign the final draft, according to Gunston Hall’s list of Mason’s objections to the Constitution. One of his main criticisms was that, without a separate clause for a declaration of rights, citizens would not be equally protected under their various states’ declarations.

“He really cared about human rights,” Maya Hairston, President of HCBA, said after attending the event. “I also toured Gunston Hall and afterwards I kept thinking that, despite him owning slaves, this is the kind of politician I want to see today.”

Yet in order to have an influence over politics in Mason’s time, wealth was a necessity, Robinson Professor of U.S. History and panelist at the event Spencer Crew said. Crew clarified that Mason’s affluence came in part from owning slaves.

“[Your] social and political standing both revolved around your wealth. You didn’t get to participate in Congress if you weren’t wealthy,” Crew said.

Another reason why Mason refused to sign the constitution concerned his criticism of the Constitutional Convention for postponing the end of the slave trade by another 20 years, as written in his list of objections.

Mason’s position on slavery stemmed from his lack of need for slaves, according to Stroh.

“We have to still keep in mind,” Stroh said, that “the slave trade didn’t directly affect him because he had enough slaves.”

Crew also added Mason’s position was related to him being a Virginian.

Virginia as a whole wasn’t in need of any more slaves and “by selling slaves to states like Georgia and South Carolina, Virginia slaves could actually increase in value,” Crew said.

In that sense Crew said that from a Virginian perspective, ending the slave trade was a major economic incentive.

Despite a desire to stop the slave trade, there was an undoubtable economic push for Mason and the other founding fathers to keep their slaves, Crew said.

“It would be like giving up everything that makes you important,” Crew said, “because it involves the separation of your intellectual self and your [perceived need for] self-preservation.”

Stroh said that while Mason vehemently stated the evils of slavery in his writings, he does not bear a moral obligation to stop the practice on the slaves’ behalf.

“In actuality,” Stroh said, “he was more concerned with the negative consequences on white people of society.”

In the collection entitled “The Papers of George Mason,” Mason wrote, “[Slavery is a] slow Poison, which is daily contaminating the Minds & Morals of our People. Every Gentleman here is born a petty Tyrant… And in such an infernal School are to be educated our future Legislators & Rulers.”

Within this passage, Stroh commented that we can understand that Mason believed slavery was a toxic force in the nation because of the people in power’s reliance upon the practice.

Despite Mason’s belief, Stroh said that we cannot ignore that Mason’s concern was not with the slaves themselves because “he viewed blacks to be inferior to others.”

There is not much knowledge concerning Mason’s treatment of his slaves. What Stroh said he does know, however, is that whenever a slave tried to escape, Mason was “very diligent in getting them back.”

Mason also named 36 slaves in his will, yet did not free any upon his death, while other founding fathers, such as George Washington, did.

Participants of “The Forgotten Narrative” said students at Mason might want to consider these ideas when thinking of the nation’s history and today’s modern issues.

Stroh said it’s important to understand Mason and the historical context associated with his story as it helps when discussing race, power and government today.

“In my opinion, our purpose is not to justify or apologize for these realities, but to understand and facilitate discussions about the meaning of this history and its continuing relevance today,” Stroh said. “Equally important, we must understand Mason in the context of his time and place. While his enslavement of Africans is abhorrent, his opposition to slavery, his writing of the Virginia Declaration of Rights and his advocacy of the Bill of Rights was very important to all that has occurred since as our country has tried to live up to the promise that all are equal and free.”

Crew added that Mason was a man who still lived within many oppressive societal rules.

This has prompted Crew to ask the questions, “What benefits do people get from having things stay the way they are? Are there aspects of that you are willing to give up for more equality or do we allow the poison to continue to fester? None of us are perfect, but we can strive to do better.”

While Jalah Townsend, another member of HCBA, disliked Mason’s hypocrisy concerning slaves, she said, “He was very strong in who he was. [As a university] in the future we need to be stronger in who we are.”

Mason made it into the top 50 for the most ethnically diverse schools in the country by the U.S. News and World Report’s Campus Ethnic Diversity list for 2016. However, many like Townsend have come to comment that while diversity is strong at Mason, the university has not reached the ultimate goal of inclusion.

One of Moffitt’s main reasons for establishing HCBA alongside co-founder Nakia Ridgeway was to create a more inviting space for students of minority backgrounds who felt their voices were neglected. The university’s namesake’s battle with equal rights was not seen to the fullest during his lifetime. This has led Moffitt to to encourage his peers to ask the critical question, “Do equal rights actually apply to everyone at Mason?”