What’s the story you want to tell? For Robinson Professor Spencer Crew, it was the story of African-American communities that were able to thrive despite the challenges they faced after slavery. 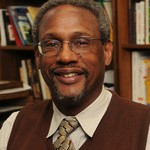 Crew was able to help tell this story by taking part in curating “Defending Freedom, Defining Freedom: Era of Segregation 1876-1968,” one of the history exhibitions in the new National Museum of African American History and Culture, which opened Sept. 24 of this year.

According to the museum’s website, the exhibition spans 92 years of intense pressure on African Americans to take away their rights as citizens and is split into four sections, all detailed on the website as followed.

The exhibit begins with “Creating a Segregated Society (1876-1900),” which features the development of black colleges and universities after the end of the Civil War and a campaign against lynching led by Ida B. Wells.

Finally, “‘Freedom Now!’ The Modern Civil Rights Movement (1945-1968),” features a dress sewn by Rosa Parks and the casket of Emmett Till, which Crew considers to be the most powerful piece of the exhibit.

The lynching of 14-year-old Emmett Till was the “stimulus for the modern Civil Rights Movement as people see what happened to him and become, I think, unhappy and determined to make things different,” Crew said.

Crew said these pieces are some among other artifacts collected from across the country. They come as donations from universities and other museums, as well as from individuals who want to share their treasured item.

“That’s what makes it exciting. You never know where something good might be located so you have to have an open mind and ask good questions and be constantly inquisitive in case people might have something unexpected,” Crew said.

Marcus Garvey’s hat was one of those unexpected treasures Crew said he was able to find.

Garvey, who advocated for his fellow African Americans between 1910 and 1940, was an “exuberant kind of individual and there’s a certain hat that he wore. The fact that we were able to get his hat was really unusual and special because you don’t see that around very much at all,” Crew said.

Crew added that his 20 years of work at the Smithsonian prior to teaching at Mason led to the Director of the National Museum of African American History and Culture, Lonnie Bunch, requesting him in 2010 to guest curate this exhibit.

The museum is not only a culmination of many years of hard work by the staff, “it’s been over a hundred years’ worth of people sort of pushing for some sort of representation of African American history of some stature in the nation’s capital,” Crew said.

For those who wish to visit the museum, a timed pass must first obtained, available daily online and at the museum’s physical location, according to the museum’s website; however, advanced passes are not available by phone or online through March 2017.