The team instead looks to Shannon Violetti, the team captain, who leads practices and runs the scheme from the field. 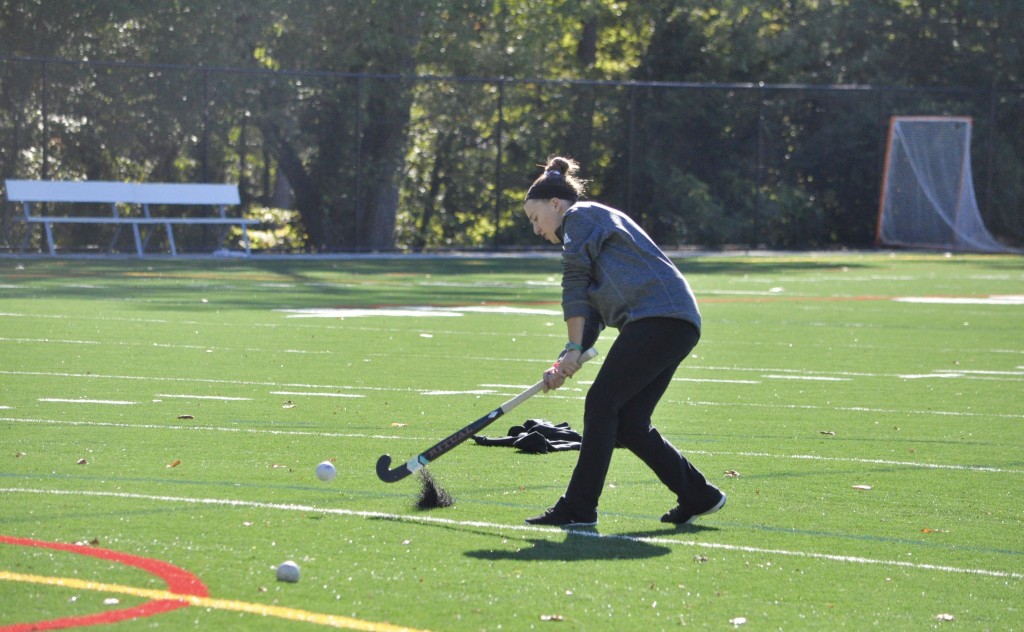 Violetti said, though, that “we prefer not to have a coach because then it becomes more of like a high school kind of thing.” Violetti played at one of the best field hockey schools in the nation (Eastern Regional High School in New Jersey).

“It’s really different going from a really tough school [where] the coach didn’t care if you were hurt, if you had a bad day or if you had a death in the family, you had to be at practice no matter what. So it’s kind of cool now being able to come to practice, and be more relaxed and do your own thing.”

Taylor Caufield, another member of the team, added that “some days I want a coach and some days I don’t. There is a good and bad to it.”

Caufield does enjoy the players’ ability to have “more control” over what happens, but wishes it were more organized.

The field hockey club has put in plenty of effort to secure funding not just to support the program, but to be able to play in tournaments at Mason and at other schools. This past week, for example, the team held a fundraiser with Krispy Kreme with the intent of raising $300.

Not only did they meet their fundraising goal, they also donated some of the proceeds to Play4TheCure, an organization that connects sports and breast cancer awareness. (All club sports at Mason have to match the money given to them in their budget by the department with dues and fundraisers to be able to keep the program afloat.) 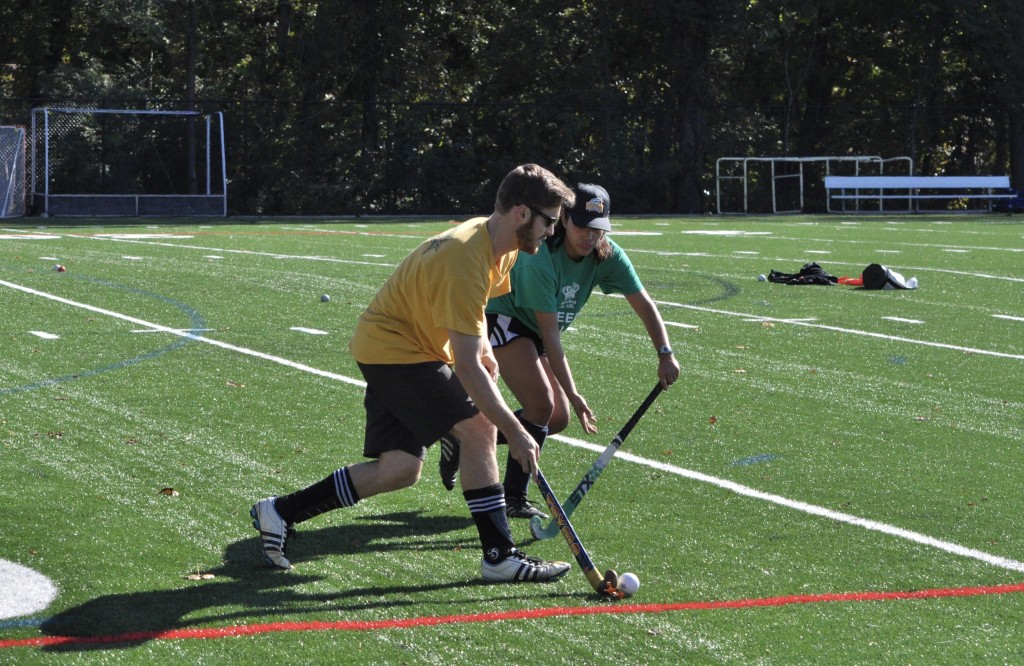 “Our budget was kind of low this year, but I do plan on fundraising more [so] we can go to more tournaments in the spring,” Violetti said.

The team will be doing a fundraiser at the Panda Express in Merten Hall Oct. 21 from 12–4 p.m.

Violetti said the team “would like to get new uniforms” from that fundraiser, since their current ones are starting to get old, and there is not enough funding for the team to buy an entire set of new ones.

When considering the season as a whole, the team is working especially on “rebuilding itself,” Violetti said. They did not play many games last season, and there was a “shift in leadership” due to both captains from the previous season graduating.They were also unable to attend the National Field Hockey League Spring Tournament in Virginia Beach.

“[The tournament] is the main thing we look forward to, so this year I’m really hoping we get our name back out there.” Shannon added that the rebuilding aspect brings the team closer together, and that they’ve put a huge focus on team building from day one of this season.

The club field hockey team has also done its part to attract students to Mason.

Rachel Gist is a student and club field hockey player who transferred from Randolph-Macon College after her freshman year. She had to transfer to a school that had her major, and if Mason didn’t have the club field hockey team, Gist said she “would have reconsidered where I went.”

In fact, Gist attended Randolph-Macon primarily to play on their Division-III NCAA field hockey team. When she made her decision regarding college at the end of high school, she was unsure of what she wanted to study. 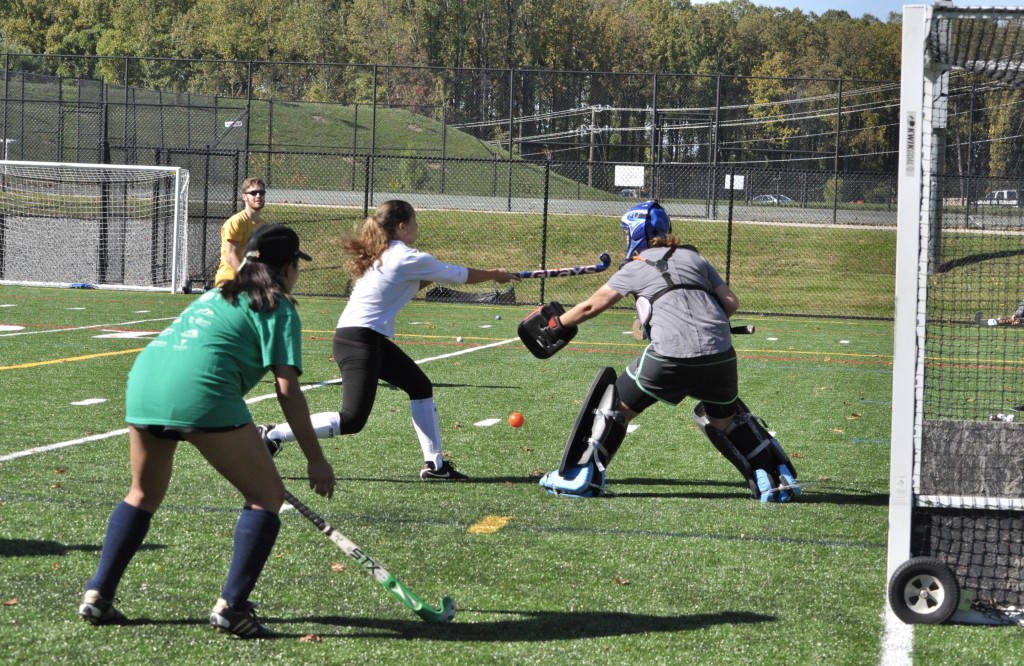 Gist said the biggest difference, besides having a coach, between playing at a Division-III school and for the club team is that “it’s a lot more widely known that the team exists [and] you get a lot more school support. You’re playing because you love the game. There’s not nearly as much pressure” when compared to playing Division-III.

So far this season, the team has a 2-0-2 record with both of their wins coming from their annual Play4TheCure tournament at Mason Oct. 8.