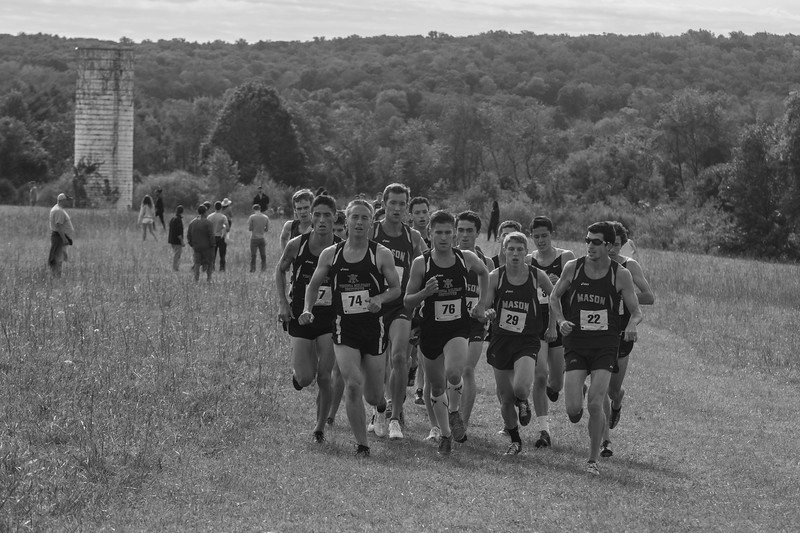 The men secured first place, winning their first title of the year, and the women narrowly came in third.

The men’s race, just barely shorter than the standard 8K (about 5 miles), had only four teams (including Mason) compete, with Mason being the only school that is in the Atlantic 10 Conference, or A-10. The other three were Virginia Military Institute, Longwood University and Christendom College. 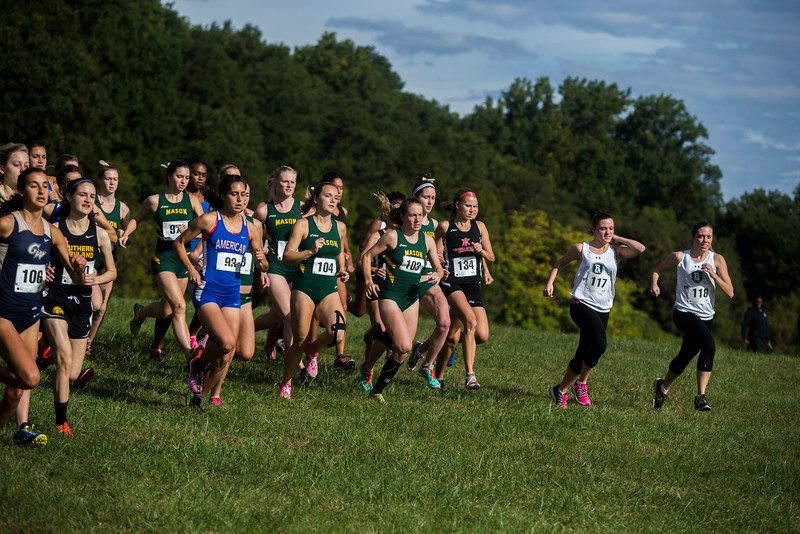 On the women’s side, which ran a 5.2K (about 3 miles), those same schools participated with the addition of VCU, another A-10 team, and JMU.

Despite temperatures moving well into the 90’s with high humidity that day, the men’s team managed to stick closely together in their 7.9K (about five miles). The top five runners from Mason ranked within the top 10 places.

LaFemina said that “our first three meets of the year,” referencing the fact that this is the second meet of the season, “are usually pretty low key, [we] work together as a team.”

“Towards the end of the season, we really test ourselves at the meet before conferences and the A-10’s.”

Meanwhile, the women finished third in their 5.2k race (about 3 miles).

Both the women’s and men’s team have a few weeks in between their next meet, yet both will be hard at work training and preparing for the A-10 Conference Championships, which will begin on October 29.

“The next two or three weeks we’re going to be training really hard to prepare for the A-10’s and regionals,” LaFemina said.

The training, which includes workouts at their future meet locations such as Oatlands Plantation, is rigorous but seen as necessary.

Oatlands Plantation, located in Leesburg, Virginia, will be the site of the Mason Invitational, a track meet that will be hosted by Mason on Oct. 1.

“Sometimes, it’s about 12,000 meters worth of work,” Brent Coulter said about hard workouts. “We do a workout [at Oatlands] at least a couple weeks before the actual race.”

The team is optimistic that the hard training will pay off come 28 days later, when the A-10 Conference Championships begin.

“Whether we [win] or not,” Coulter said, “you can’t really worry about it too much. But looking forward to it, the goal is always to win.”

The efforts of the men’s team have been a response to their finish at last year’s A-10’s, where they finished 12th.

Now, they look to repeat their success from the James Madison Invitational and carry their momentum into the playoffs.

LaFemina said that “individually, and as a team, we’re going to do well. We’re all in better shape, and based off our past workouts, we definitely will move forward as a team.”
The Mason Invitational is just one of two meets that remain on the schedule before the A-10 Conference Championships begins. The other is the Wake Forest Invitational held in North Carolina on Oct. 14.

View all posts by jstempl2 →