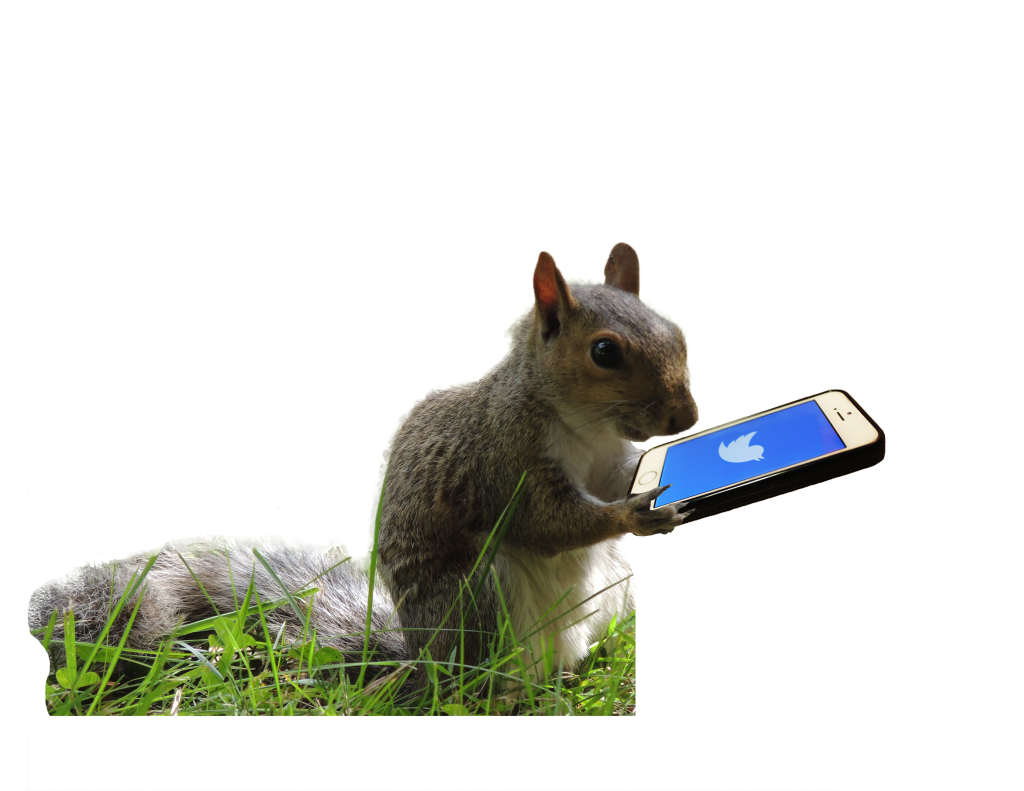 There are many things that are commonly associated with Mason: green and gold, the Patriot and, more recently, squirrels.

The GMU Squirrels Twitter account has gained considerable attention and popularity since its creation three years ago.

After facing boredom and noticing a Twitter account dedicated to the squirrels at another university, the GMU Squirrels were inspired to create one for Mason’s campus.

“Well there are two of us squirrels that run the account,” said the GMU Squirrel. “We created GMU Squirrels my freshman year while we were bored in biology class. We saw that there was no squirrel account for GMU so we decided to make one ourselves. We had the goal of wanting to make a squirrel account that was better than theirs.”

With the goal of bringing more attention to Mason’s squirrel population, the GMU Squirrel wants to unite campus squirrels over a common goal.

“The mission of the GMU Squirrel is to achieve respect and equality for squirrels across the nation,” said the GMU Squirrel. “Squirrels on other campuses need to realize they have a voice and can create change if they work together.”

The GMU Squirrels Twitter account turned three in October and has close to 2,000 followers. The account has been popular among students, was featured in USAToday College and has earned praise from President Cabrera.

“I have interacted with @GMUSquirrels a few times,” said Cabrera. “It may seem nuts to see squirrels be so popular on social media. But we are lucky to have the most fun, engaging and smart squirrels of any campus in America!”

The success of the account was not anticipated by its creators.

“At first we did not really expect the account to get as large as it is right now,” said the GMU Squirrel. “We were hoping to maybe have close to 1,000 followers by the time we graduated. Eventually, GMU Squirrels developed a following and continued to grow.”

“We originally applied to use the account as a joke, but a social media coordinator for GMU at the time thought it was a unique idea, and got the go-ahead from her boss for us to use the account,” said the GMU Squirrel.

With tweets relating to Mason’s Wi-Fi, weather, parking, sports and other aspects of campus culture, the GMU Squirrel relates to Mason students and sparks conversations around campus.

“We like to tweet a lot about relatable campus things, since people pay more attention to that kind of thing,” said the GMU Squirrel. “It’s entertaining to hear people around campus talk about the account or the things the Squirrel tweets. It’s also a more positive account so it’s cool to be able to make people laugh imagining a squirrel say these things.”

While the life of a campus squirrel may seem carefree and relaxed, the GMU Squirrel has struggles just like Mason students.

“Sometimes coming up with relevant or clever tweets is hard,” said the GMU Squirrel. “As far as life goes, we share many difficulties that other squirrels have. We try to cross the road without getting hit by a car, running away from large birds, trying to get away with free food, and other typical squirrel problems.”

The Squirrels hope that by utilizing the account and the connections it has created, they can help resolve issues they share with Mason students.

“Well, realistically people like to retweet things we say and we get attention from school officials, like Ángel Cabrera who follows us, and even county members, like the City of Fairfax who also follow us,” said the GMU Squirrel. “So if there’s an actual issue that needs addressed it’s easier to get attention through the account.”

The Squirrels, whose tweets cover various issues, want to emphasize that they are a part of Mason’s campus and their opinions matter as well.

“Squirrels also live here and have issues that need [to be] addressed,” said the GMU Squirrel. “We don’t want to go to the class in the snow either, and we like to have parking for our little squirrel cars.”

Squirrels play a major role in Mason’s campus culture. By adding humor and engaging with students, the GMU Squirrels Twitter account makes it easy for students to have a good laugh.

“@GMUSquirrels is hilarious and I can always look to them to brighten my day!” said Juliane Veloso, a junior marketing major.

The account also lets students interact with the Squirrels and even receive advice if needed.

“The real, not that we aren’t real, squirrels themselves run and hide, and I think people find it funny that these little scared scurried creatures could also be running a twitter account,” said the GMU Squirrel. “People will send us pictures of squirrels on campus or things around campus and ask us questions about what the squirrels are doing or what they would do about a situation.”

The Squirrels hope to continue their contributions and interactions with the Mason community.

“We want people to follow us, tweet at us, and make fun of dumb things with us,” said the GMU Squirrel. “We respond to a lot of the people that tweet at us, so we want people to talk to us. We also really want 2,000 followers, we’ve been so close for so long, so everyone tell your friends and fam to hit us with the follow.”

After sharing about the secrets behind GMU Squirrels’ clever tweets and recent success, the Squirrel had one more lingering question to answer: How does the GMU Squirrel tweet with such tiny fingers?

“With a tiny keyboard, of course,” said the GMU Squirrel.