This story was first published in the April 27 issue of Fourth Estate. 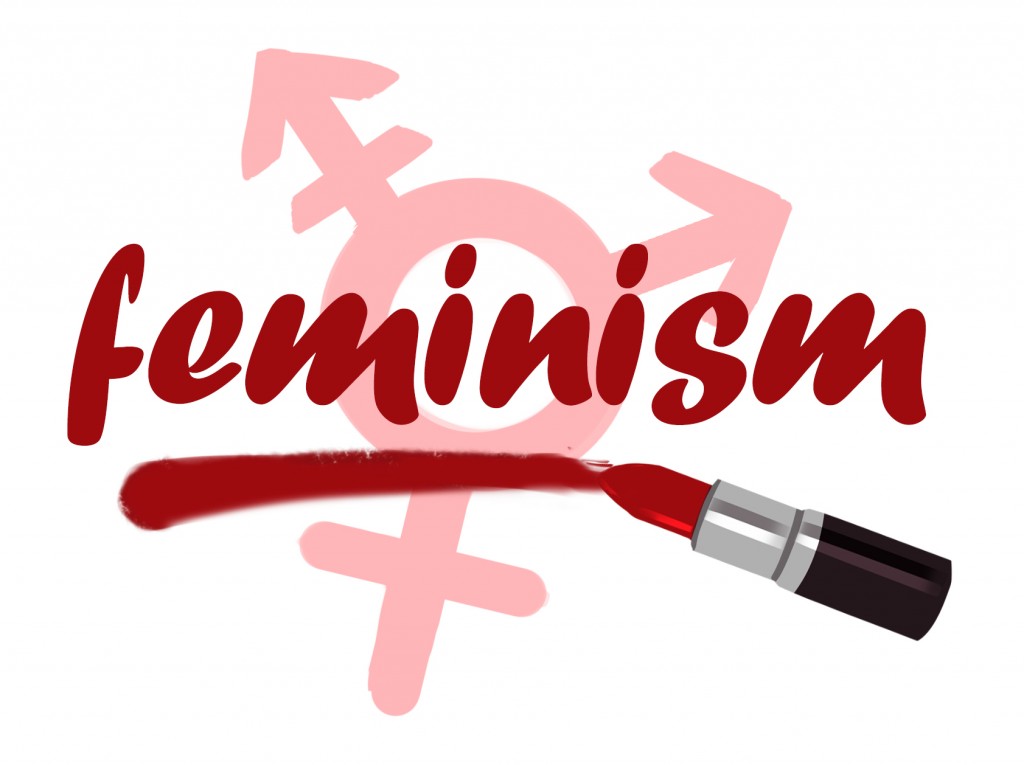 When asking Mason students about their thoughts on feminism anonymously over the popular app, Yik Yak, responses varied from “it needs to be eradicated,” to “equality,” to “female extremists,” and to “Tumblr.” One person posted, “I feel like the ideals behind feminism are noble and necessary, it’s just being handled so poorly.”

Ask a feminist the same question and there will be fairly different answers. In this current movement of feminism, the end goal is more than just equality of the sexes and it is not solely about pursuing women’s interests.

For senior Jane Garfinkel, sociology major, feminism is a certain perspective on the world.

“I think when people want to defend feminism they say it’s the equality of gender. I think that’s an important part of it. But I have always thought of it as something a lot bigger. You have to include class and racial inequality and then sexuality and gender identity,” she said. “So I think it’s sort of a lens to look at something more or less. If you look at something through the feminist lens you are just making sure you account for inequality and awareness and you want to change that.”

Feminism is also a state of skepticism of the world around you. White, who is also president of the Feminist Student Organization, describes a process of constant interrogation of aspects of her lifestyle, conversations, and popular media, in order to get a better idea of other’s suffering.

“To me being a feminist means working actively, each and every day, in all of the work that I do and in my personal life, to reduce and ultimately eliminate structural inequality of all kinds, gender, race, sexuality, class, ability, age, religion, region of the country, region of the world, etc.,” Angela Hattery, professor and Director of Women and Gender Studies, said in an email. “My freedom is intimately bound up in the oppression of others.  So, to work for my own freedom means to work for the freedom of all. No one is truly free until none of us is oppressed.”

Rebecca Walter, who is currently the associate director of the Office of Diversity, Inclusion, and Multicultural Education, emphasized feminism as a “systemic analysis.”

“It isn’t just about me getting my little right to enter a corporation, acting out in the same dominating ways against other people,” she said. “It’s about challenging those systems that really affect people in negative and harmful ways.”

The problem is, according to White and what so many have said before her, feminism has a “branding” problem. The public relations drama leads to a general misunderstanding of what is considered modern day feminism.

The view of feminists as careerist women goes back to the late 19 and early 20th centuries, when women needed a movement to simply have the right to vote and be included in the workforce. These are now considered norms in the United States. Feminists were also looking for wage equality, however, that has yet to be attained.

The reputation of feminism turned radical and bra-burning in the 1960s. In 1968, a group of women demonstrated outside of a Miss. America Pageant and threw away symbols of oppression like bras and high-heeled shoes. White also characterized second-wave feminism as problematic as it was fraught with racism and trans-phobia.

The negative impact is clear when looking at a 2013 HuffPost/YouGov poll. Even though only 20 percent of Americans label themselves as feminists, 83 percent believe in equality of the sexes.

“I think there is a misunderstanding of what it means to be a feminist on the Mason campus. The people in the Women and Gender Studies office are wonderful and awesome people, so I think a lot of faculty and students are surprised when you meet them, they’re so down to earth,” Mason grad student, Mike Moratto, said. “Because I think that concept of the radical feminist is so popularized in the media you don’t see it for what it really is. Upon meeting the people in the center it just changes people’s perspective immediately.”

As Abigail Rine writes for The Atlantic, most of her time in conversation with those who do not consider themselves feminists is spent “redeeming” the very word. Her time is spent in defense of feminism. Because of this “barrier” there is rarely the chance to have a deeper and more meaningful conversation.

Walter feels the feminist label is only useful to an extent and constantly explaining “what is a feminist” is slightly exhausting.

“So when I was in Women and Gender studies, every year folks would do a program ‘are you a feminist?’ It doesn’t matter because I could claim that label but still oppress women or people of different statuses all the time,” she said. “I’m not so concerned as the label as people’s actions. So you could be totally acting out of feminist principals, but maybe not claiming that label.”

White used the following to illustrate a similar point. On the one hand, she feels it is really great that students go to drag shows and support LGBTQ equality. It becomes problematic though, when an attendee turns to their friend and says “that’s so gay.”

Being a feminist for Walter and as White, Hattery, and Garfinkel also explained in their own way, is all inclusive. It is thought process that must be rooted into every action.

“I integrate this perspective into everything I do. So whether I’m volunteering at the animal shelter, I talk about this stuff whether I’m showing up in solidarity with people, in different actions, I do a lot of classroom trainings. We basically talk about the stuff we don’t want to talk about,” Walter said. “This isn’t ‘okay I’m going to do my thing at work then I’m going to go home and live my life.’ This perspective has to be integrated into every conversation I have.”

Feminism is not something that should just be thought about when it is “convenient” like during PRIDE Week or Women’s History Month, White explained.

Perhaps not, but the feminist movement online seems reminiscent of several slacktivism movements, like Kony 2012, when activism means sharing on Facebook. When celebrities come out as feminists, like Emma Watson’s popular “He for She” campaign, does it impact thought and perspectives? Feminism coming into mainstream media, like slacktivism, goes both ways.

“The critique of that is that these people are coming from such positions of power, that they have very strong influence over people, which is good on the one hand because people are interested. I especially think that young women growing up seeing Emma Watson talk about this probably has a huge effect on them,” Garfinkel said. “But if they say something that you don’t agree with, like her speech had some weird language in it that I wasn’t that in to, people who are educated about it, just might not have a full grasp of what it is. I think that could be a problem.”

Ultimately, even if Emma Watson’s speech is not as “game-changing” as Vanity Fair declared, it still opens discussion and perhaps starts to bring down the obstacles that Rine discusses.

“I was talking to one of my friends the other day who is using quotations, an anti-feminist, because [he] said it’s all about women being superior to men and we talked for like two hours. A lot of the time, I feel like when you are having conversation you disagree with, you don’t stop to take the time to listen. So some of the points he made were very legitimate, a lot of the time men do get attacked. But the feminist movement is more about including them and finding out that the people who are the problem are just assholes,” Moratto said. “There’s nothing wrong with men statistically and women statistically, or trans folks, it’s just a problem of assholes. I thought that was a very enlightened point of view to take. I think that’s a big part of it is being open-minded. Just being a better person and opening our conversation about feminism.”