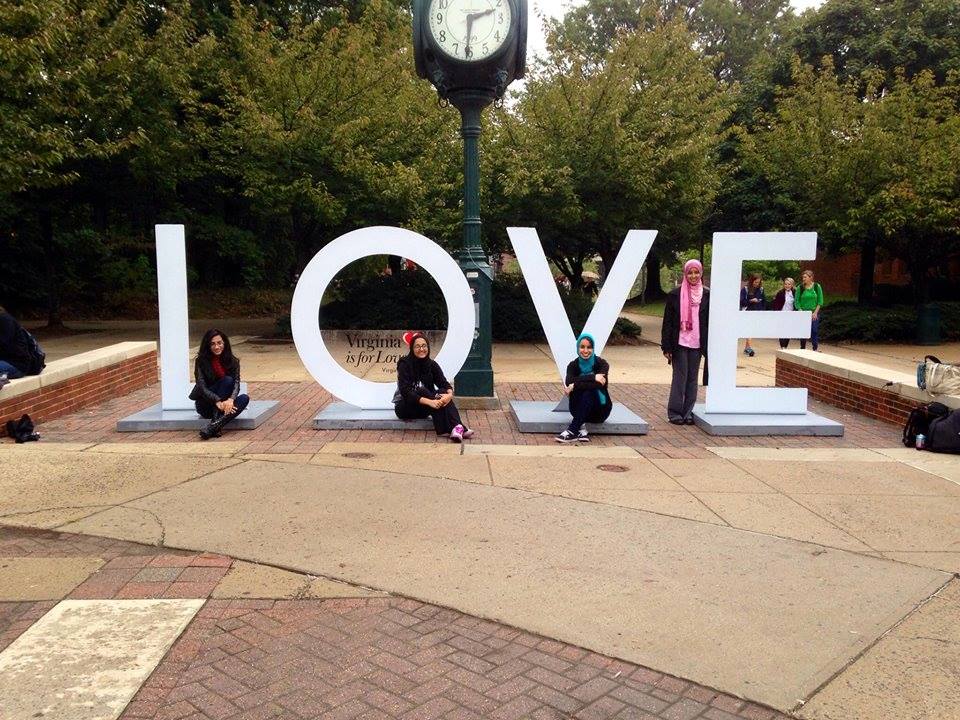 As sophomore and Community Health major Asra Ahmad of Project Nur puts it, “The goal of Project Nur is to engage students through civic engagement and civic advocacy, grass-roots campaigning.”

Currently up and active at the start of this spring semester, Project Nur has already had a general meeting, a movie night, and helped organize the vigil to commemorate the victims of the shooting near University of North Carolina, Chapel Hill.

“We didn’t know what we were going into, we just knew that we wanted this on campus and other students to share in it,” Asra said.
Project Nur is a new student organization at Mason.  Project Nur President Asra Ahmad talked about the difficulty of starting Project Nur even with the help of the Registered Student Organizations staff, including many steps and challenges in the founding of a new organization including, getting an advisor, funding, and getting enough members.

The advisor of Project Nur, Jumana Kamal is the officer and program manager at the Office of Diversity, Inclusion & Multicultural Education, also advises the Muslim Student Association, United Muslim Relief, Access Islam, and UNICEF, said “Project Nur hit the ground running in creating alliances with the other orgs that I also happen to advise and beginning to grow their membership base through their sister organizations given that each one of them has a unique mission and vision.”

Kamal was motivated to move forward on Project Nur both because of its roots in Islam and their message of social equality for all groups despite background.

According to the organization’s national website “Project Nur is a student-led initiative advocating for social justice by empowering responsible leaders to cultivate an environment of acceptance and mutual respect between Muslims and all communities.” 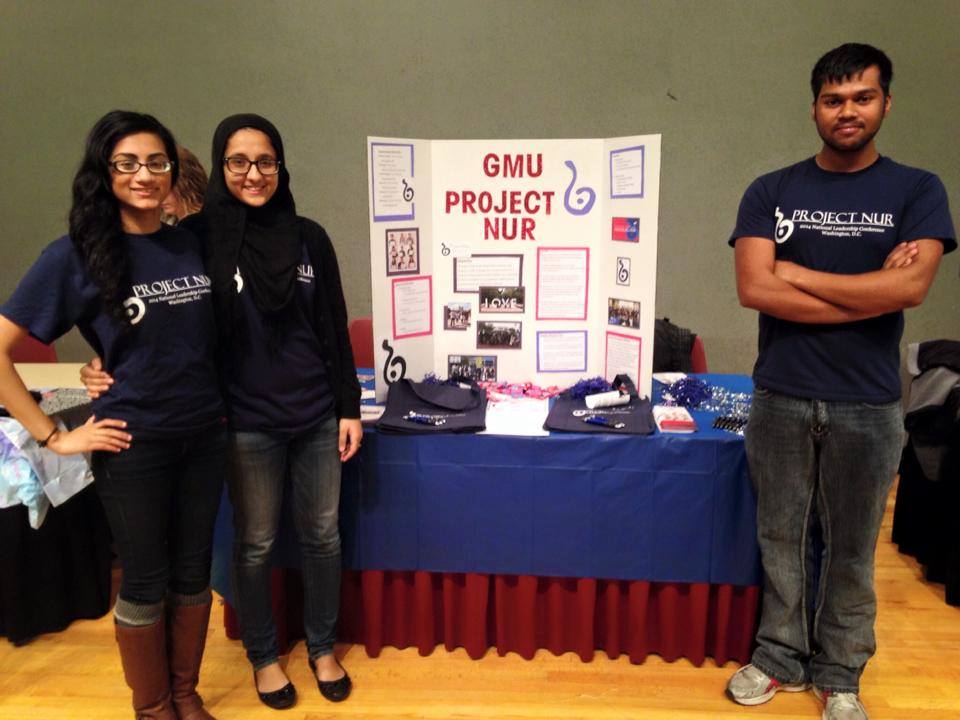 At Mason some of the social justice issues that Project Nur would like to work with are issues like the Peshawar shootings, Boko Haram, Charlie Hebdo and ISIS according to Ahmad. This year Project Nur focused on ISIS as one of their topics and launched a campaign called Voices Against Radicalism.

“I think it takes a really dedicated group of people to come together to carry out the goals of Project Nur because they are dealing with issues of human rights, civil rights, and pluralism both here in the U.S. and around the world, which are not topics just any student is willing to take on. They may ask some tough questions and engage the Mason community in ideas they haven’t been exposed to yet, which I hope will be rewarding for everyone,” Kamal said.

The word Nur in Project Nur means light, which helps to show what the organization is trying to do at Mason. The members hope to shed light on issues and problems not looked into deep enough. Ahmad said “it shines a new light on campus.”

Next year Project Nur wants to start the year off strong. They are looking to get more members, advertising more and getting more underclassmen to join.

“I hope we continue to recognize that social justice and human rights is everyone’s problem and not just one organization or one group. I hope they can continue to build alliances and make these connections with other students, as well as faculty and staff,” Kamal said.

Lock and load: Trap and skeet on the rise