This story was originally published in the April 6 print issue.

While the United States is witnessing an increase in popularity of trap and skeet teams, especially for women, Mason’s team has earned a higher profile through its many competitions and titles.

Mason’s team, which has been around since 1977, currently has six members, all of which just competed in the Association of College Unions International Collegiate Clay Target Championships in San Antonio, Texas from March 25-29.

“The team placed sixth overall this year, missing fifth place by only two targets,” said sophomore Kendra Lathrop. Mason competed in the third division for schools with fewer than 10 members and went up against 46 other teams.

“So sixth place is something that we as a team can be proud of,” Lathrop said.

Mason has acquired 11 national championship titles since the birth of the program, with its most recent one being in 2013.

Lathrop also said that the team is already looking to get back on top for next year’s tournament.

The Washington Post recently published an article with a video featuring Mason’s team. The story explains how gun industries including the National Shooting Sports Foundation and the National Rifle Association are awarding significant amounts of money and organizing competitions for universities and youth programs throughout the country, contributing to the growth of collegiate shooting.

The video, entitled “GMU shooting club is right on target,” also touches on a growth in female club members in the sport, noting that there has been a tremendous increase in women shooters at tournaments across the nation. 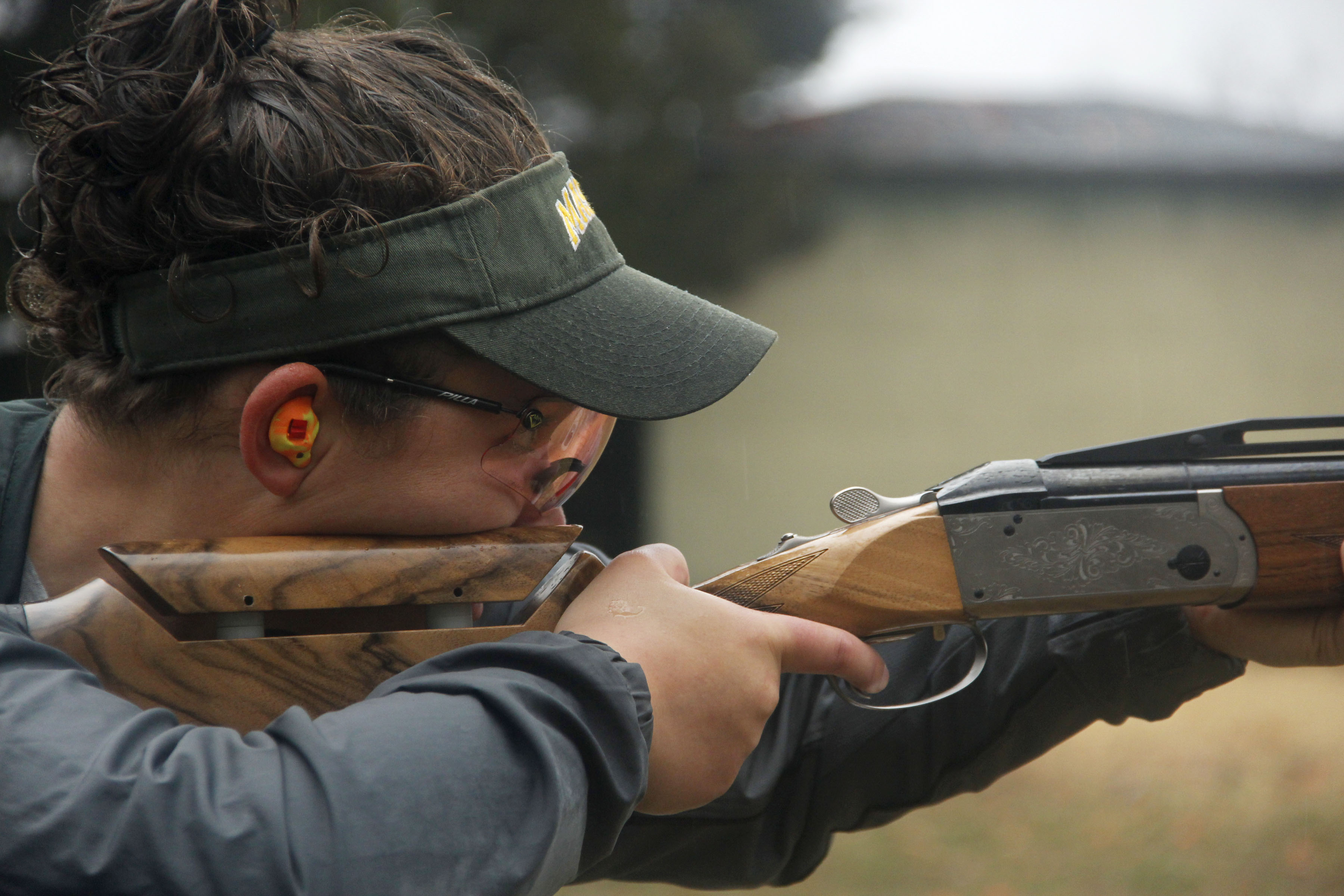 “Every year there are more women competing at the ACUI national tournament,” said senior Renee Murphy, who is the trap and skeet club’s president. Murphy was the lone female on the team her freshman year, and now the club is up to three.

“Shooting is no longer looked at as simply a male sport. Instead, more females are joining and even outshooting men each year,” Lathrop said. “It is an amazing sport and the more publicity it gets, the more people want to be a part of it.

“I have been shooting from the age of ten and over the years, I have seen a major increase in female shooters,” Lathrop said. “Each year there are more and more females coming out to this great sport. It is no longer seen as strictly a male–dominated sport.”

Trap and skeet club coach Gary Olin also sees the rising trend, while pointing out that Mason’s team has always been co-ed.

“You can look at the ACUI data going back to 2001 to see the trend in the number of women competitors,” Olin said.

The Post reported that overall, the clay target championships “has swelled from a few hundred shooters in 2010 to more than 700 this year.”

Murphy attributes the surge in interest to the team’s performance.

“I have not seen a rising trend, or a declining trend, but I think that the interest has increased a lot over the past years because of how well the team has been doing and the increase in publicity that it has received since winning the division three national championship in 2013,” Murphy said.

“We have had numerous articles posted about us through the school and through sources such as the Washington Post, that catches people’s attention,” Murphy said. “A lot more people are interested because you do not need any experience to join the Mason team. You only have to be willing to put in the time and effort to learn the games and become better over the years.”

The Patriots practice at least twice a week while participating in 10-15 tournaments throughout the school year. On top of practice, many team members take advantage of local shoots in the Fairfax area, according to Lathrop.

“Practicing in local competitions gets us ready for our larger collegiate shoots,” Lathrop said. “When we go to a tournament, we want to be the team to beat. We take each tournament very seriously and come ready to show what we are made of. The team has been very successful, winning numerous high overall and event trophies.”

While participating in so many tournaments, Murphy explained that Mason’s team has no true rival or biggest competitor.

“I think our biggest competition is within the team, because we all are competing to beat one another with some friendly competition,” Murphy said.

Lathrop, however, believes that the hardest competition is not an actual team or specific member.

“In addition to competing with our teammates, our biggest competition is ourselves,” Lathrop said. “We are constantly trying to beat our highest score and break the targets even harder. Competing with yourself is much harder than competing with another, but has a greater pay off in the end.”