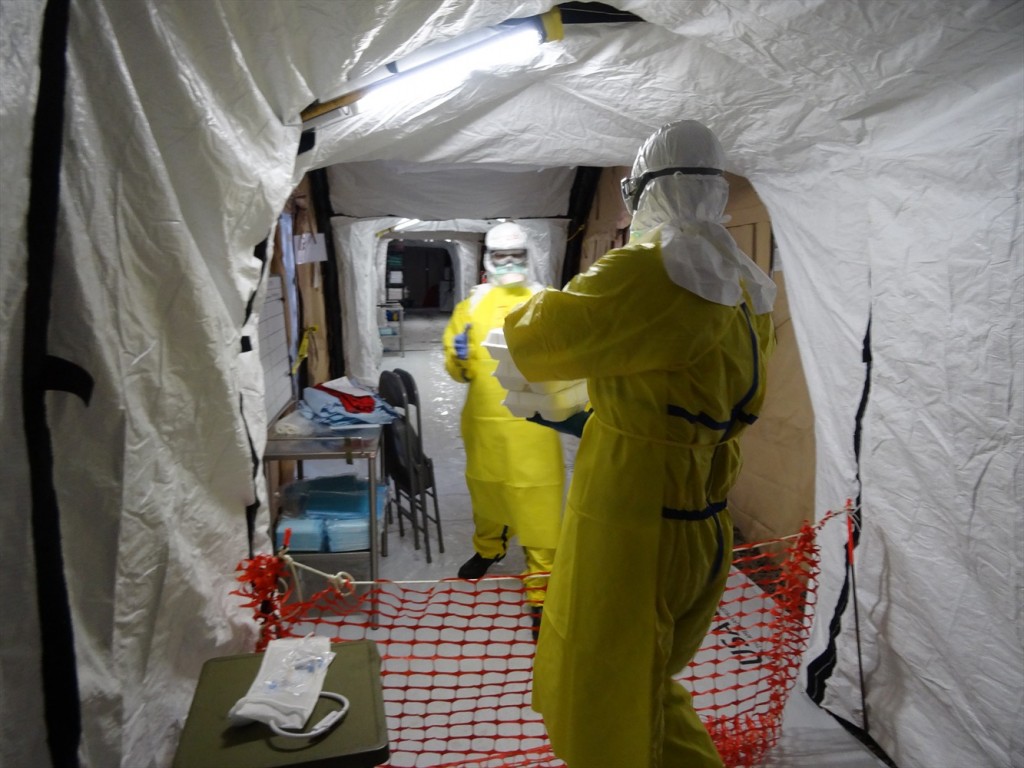 As many American health workers return home from West Africa after helping to fight the Ebola epidemic, the question arises as to if their assistance was actually helpful.

According to the Centers for Disease Control and Prevention, the number of new cases of Ebola has decreased. For example, between the weeks of Feb. 4-11, 2015 there were about 400 new cases reported. This is in contrast to a week during the peak of the epidemic where more than 3,500 new cases were confirmed from Oct. 25-29, 2014.

“In the United States, we have about one physician for every 400 residents.  In Sierra Leone [West Africa], there are about 45,000 residents for every one doctor.  Ebola patients need a lot of one-on-one medical attention, and the only way to provide that level of intensive care during the peak of the Ebola outbreak was for doctors and nurses from other countries to volunteer to travel to West Africa to help with the Ebola response,” Dr. Kathryn Jacobsen, an associate professor in Mason’s Department of Global and Community Health, summarized. “These international teams of clinicians and support staff working alongside local professionals have saved thousands of lives.  Similarly, teams of international and local public health workers have played a critical role in implementing prevention control strategies, providing health education, and preventing new infections.”

In an article on NPR, Jason Beaubien also explained some of the other accomplishments made by the United States. For one, the CDC successfully created a tracking system to take note of new cases of the disease. By having a mobile blood-sampling system, it was much more efficient to diagnose cases. Also, having U.S. military presence made it much easier to get supplies in and out of West Africa.

Mason alums, Alexis Mosquera and Audrey Ferguson, both worked in Liberia to help prevent the spread of Ebola and are good examples of the kind of work that was being done.

Mosquera who works for the U.S. Public Health Service, worked as the Medical Service Branch Director at Monrovian Medical Unit in Monrovia, Liberia for about eight weeks. He was in charge of the day-to-day operations at the clinic.

“So the goal of the operation was to take care of healthcare providers that had become infected while taking care of patients who had been confirmed as carriers of the Ebola virus. We saw nurses, pharmacists, physician assistants, etcetera that had in many instances put their very lives in danger in order to take care of their fellow countrymen and women,” Mosquera said. “Another goal of the MMU was to encourage other healthcare providers from other countries to come to West Africa and help end this epidemic and if they got sick, there would be a place for them to receive care.”

Ferguson, who graduated from Mason with a nursing degree, worked with the organization Partners in Health. PIH was able to send healthcare workers to West Africa with grant money provided by United States Agency for International Development. She was in Liberia for about five weeks.

“Most of what I did while I was there was health education of their healthcare workers. To kind of emphasize how to prevent the spread of infection, and the importance of wearing protective equipment with Ebola patients, so I taught a lot of how to put on and take off those big moon suits without accidentally contaminating yourself,” Ferguson said.

PIN also involved Ministry of Health, Liberia’s version of the American Department of Health, workers in the process. Ferguson commented that they taught them how to teach other health care workers in their country.

Ultimately, both Mosquera and Ferguson, have had a direct impact on the improvement of conditions in Liberia.

“We actually had more African health care workers coming into the country to take care of this population. Other non-governmental organizations and other countries also came in and help out. That was the main goal and we definitely succeeded in that goal,” Mosquera said.

In other words, the work of the United States and NGOs, encouraged more and more doctors to come in and treat patients. Mosquera explains one particular moment, in which he even saw a healthcare worker go back to work after having Ebola.

“Things that I know that I keep going back to, it was really, I don’t want to say life changing but something that stands out, one of the first patients that we discharged that was Ebola free, came back to MMU, to thank us. He was very grateful,” Mosquera said. “This is a young man who had taken the initiative to go out and help out his fellow man, got sick, we treated him, and he wanted to go back and take care of the same people. So that was pretty altruistic. Helping the healthcare workers was pretty amazing to see, to be part of that.”

One aspect Ferguson kept returning to was the importance of training and even emphasizing simple things like hand washing. Hand washing in West Africa was, for Ferguson the difference between coming to work the next day or becoming an Ebola patient.

Ferguson also gained these realizations, when discussing the issue with a village midwife.

“She thanked us and told us how important it was to her that we have somebody come and show them how to do it. I think a lot of times the outbreak was often blamed on healthcare workers not washing their hands well enough or you not wearing gloves, that’s how the other patient got it. That sort of thing,” Ferguson said. “She [the midwife] was like it’s one thing to give us a box of gloves, but it’s a completely different thing to show us how to use all of this stuff. I think understanding that it was making a difference to the people we were working with, I think made it that much more meaningful to me.”

What it means for Jews to go on birthright