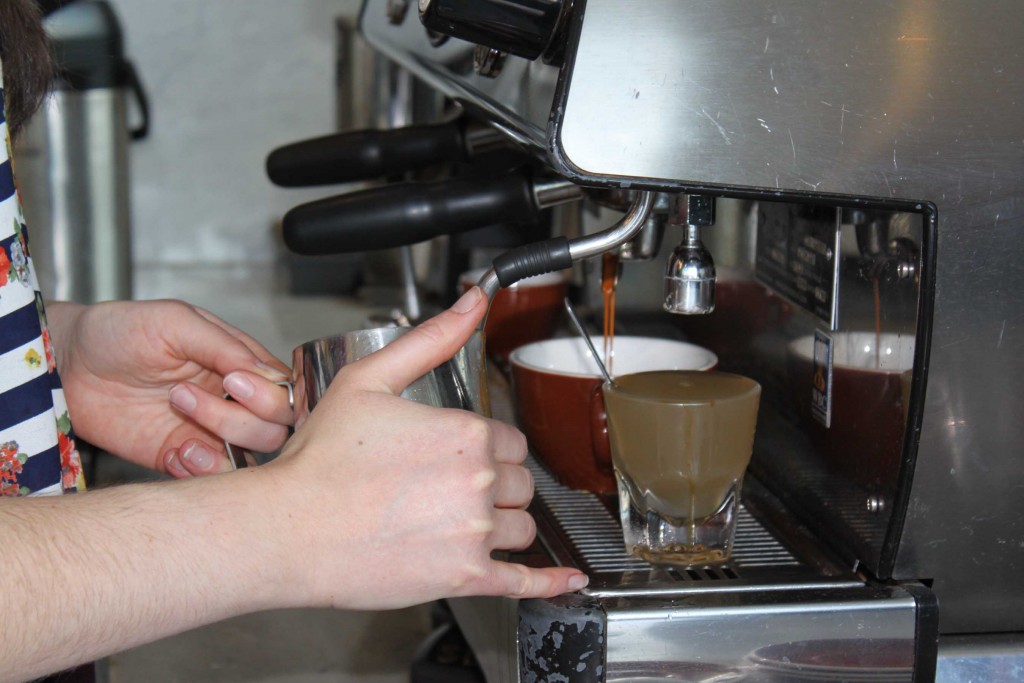 This week I had the opportunity to sit down with Renee, a mason student and part time barista at Peete’s coffee. With the help of Renee, Fourth Estate is bringing you the five most aggravating parts of being a barista.

R: It’s a broad category, but when someone is ordering a drinks from the register or cold bar, they can be really nitpicky.

C: How in particular, like a half caf soy vanilla latte with no foam?

R: More like when I go somewhere and order a drink I want it a certain way. But when I say I want a decaf soy mocha latte with three pumps of vanilla and two pumps of peppermint, and can you stir it a certain way, when they go over the line and makes the drink almost impossible to wait.

C: So do you draw the line? Or do you play it by ear? Have you ever thought about going postal on that person that adds just one more special instruction?

R: Well I think a good barista holds in their personal opinion… in front of customers.

C: I’m sure there is a lot of “S” talk in the back of the shoppe, now is there a written or unwritten code with baristas?

R: Um… I think between baristas there’s a code of when you’re in front of the customers, when someone comes in and orders seven drinks the other baristas have to help the one that took the order out.

R: So at Peete’s we change out our coffee every half hour, unlike Starbucks, which does theirs every hour or so. So we do have people come in while we’re changing coffee and yeah, we do have a batch available, but people won’t wait the three to five minutes for the new batch and they don’t like it. I haven’t had as many people that don’t like the old batch.

C: Now is that something that you’ve found makes a difference? If you’re changing them out every thirty minutes, or does it not make a big difference and that makes it all the more aggravating?

R: I think Peete’s really emphasizes freshness. In my personal opinion, the only thing that changes is that the old batch isn’t piping hot.

R: We don’t write peoples names on cups at Peete’s, but we do call them out and every once and a while someone will say, “you said my name wrong.” It’s just frustrating.

C: Do you ever have people give you ridiculous fake names before? I know I order at Starucks as Thor God of Thunder, and won’t accept it until they use that name.

R: Um no, but it did happen in training when we were goofing off. It hasn’t happened to me, but I’ve heard stories of people saying they were Harry Styles or Kim Kardashian. You know people trying to be funny and most baristas write it off.

4: We don’t leave trash in your house

R: At Peete’s we have separate glassware for “dine in” guests that are reusable, and the polite thing is that when you’re done with your coffees [is to] bring the cup or mug to the counter, so we can clean it. But people just leave them at the table. It may just be a personal thing and other baristas don’t feel this way but it takes time and you can’t just leave the register to pick up every cup.

5: Trying to be a decent human being

R: You try to be as nice as possible to everyone that comes in, but there are times when people can get really in your face — especially when you correct them. We have a Freddo instead of a Frappuccino, and we don’t have the crazy Starbucks sizes, so when people order a grande Frappuccino, and we try to correct them, they get really in your face. You just want to tell them, if they wanted a grande Frappuccino and not a medium Freddo, they could have gone to Starbucks.