According to Lauren Wagner, senior assistant director of admissions and advisor to the Mason Ambassadors, the new location will help Mason cater to a growing number of prospective students registering for tours year-round. 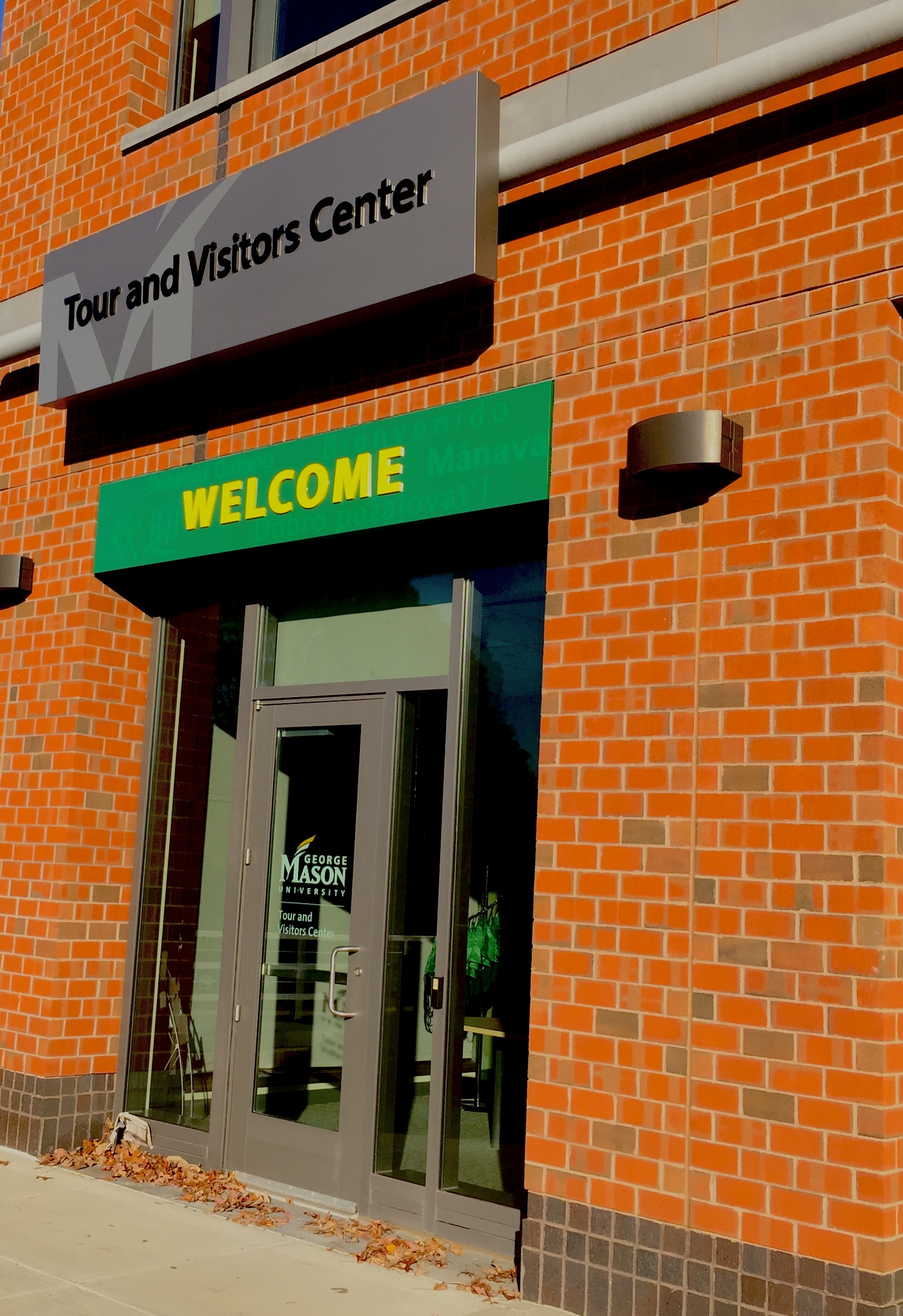 “We’ve continued to see amazing growth. [The number of] applications has increased, [and so has] the amount of admitted students that we see,” Wagner said. “And we’re seeing more and more students choose Mason – as you know, last year’s class was the largest we’ve ever brought in, and we have ambitious goals for this year as well.”

The new tour and visitors center features expanded seating as well as two 90 television monitors on either side of the Admissions counselor, which will add to the informational presentation, Wagner said. Wagner expressed excitement at this new visual aspect of the session. In the past, the information sessions had always been strictly verbal.

“With the aid of visuals like that, we can illustrate a little bit more,” Wagner said. “When we talk about internships, we can show them the companies that use Mason students. When we talk about study abroad, we can show them some of the countries students go to. It helps enrich what we’re saying. Our goal is for our [informational presentation] to be distinctive enough that it still stands out, and different enough that it’s still highlighting […] the individualized experience you’re getting at Mason.”

Student Ambassador Phil Shera, a junior criminology major, cited a positive reaction from visitors and said he thinks the new tour and visitors center gives tour guides a new and better way to showcase the campus. Shera remarked that prospective students have expressed a positive reaction to the center so far.

“It exemplifies all the great things about Mason and [the Ambassadors] are all so excited for,” Shera said.

Wagner agrees that response to the center has been positive from her perspective as well.

“So far it has been overwhelmingly positive. They find it beautiful, it’s new and fancy and striking,” Wagner said. “The space is large enough to accommodate everybody but there’s a lot to look at and a lot going on.”

Moving forward, Wagner would like to see the various arms of the Admissions Office consolidated in order to best connect the students who are interested in Mason with the personnel who can answer their questions.

“The transfer office is in Sub 1, while international, graduate, and freshmen are here [in the Johnson Center], and now the tour center is there,” Wagner said. “And while I agree that’s a great space for it, in my dream it would all be together.”