Mason ranked 17 out of 20 large companies in a study done by the Washington Post and an employee survey firm called Workplace Dynamics.

The ranking was calculated by running public advertisements asking employees to nominate companies that employed more than 50 people in the region, according to the Washington Post. If a firm was selected, its employees were surveyed, and rankings were calculated within the categories of small, medium and large companies.

According to Linda Harber, the associate vice president for Human Resources, Mason’s ranking was due to its distinctive status as compared to other universities.

“Some of our recognition falls into a couple categories,” Harber said. “One of them is work-life flexibility at Mason, which we do because it’s a hard area to live in, so we try to make it as easy for people to combine life and have a full life in the Northern Virginia area.” 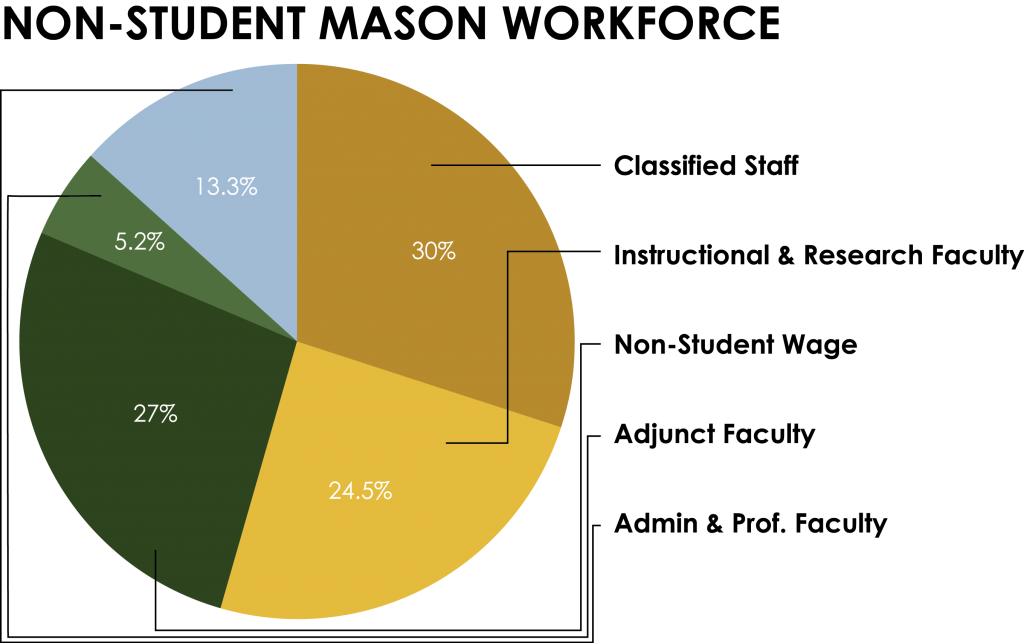 Harber downplayed the significance of salary in employee satisfaction, saying that a given workplace’s environment was more important. Mason has a well-being initiative for their students, faculty and staff, which Harber says is an important factor in how employees feel about their workplace.

“Next year for faculty and staff, we’ll be focused on peoples’ financial well being,” Harber said. “So if they have a lot of loans or if they have a lot of money borrowed, we can help people with their financial literacy, help them with retirement, helping to put somebody through school or buy a house, so we really focus on things that aren’t totally about the job but about the total person.”

The non-student workforce is divided into five subcategories, with “classified staff” being the largest of the five. According to Harber, Mason’s classified staff includes non-teaching employees who support the business of the university.

“Classified staff is what I consider to be the state employee group, that are covered by the commonwealth of Virginia,” Harber said. “So it’s a wide gamut of everybody from folks in facilities management, the police, auditors, a lot of my staff and a lot of University Life staff.”

Mason’s administration and professional faculty include the positions of president and vice president, as well as counselors and athletic coaches, according to Janet Walker, the life/work connections manager at Mason’s Human Resources.

“The value we have here because we’re in northern Virginia near D.C. is that we get really expert people in their fields who want to each as an adjunct,” Walker said. “Sometimes it’s not their primary job but they want to bring their experience to academia.”

Within the student workforce, employees are divided into student wage and resident assistants, graduate research and teaching assistants and work-study employees. Although students are considered students first and employees second, their training and hours can be extensive.

To prepare for their jobs in the fall, Patriot Leaders are required to complete spring training in the form of the course UNIV 300, a two-week summer training lasting from 8 a.m. to 8 p.m., and summer orientation where Leaders often worked 14-15 hour days. Leaders are provided with free housing for the summer, a $150 meal stipend and a waved early move-in fee.

“A lot of student workers almost feel censored, like they feel like we have to say fair and objective things whereas if you say anything negative it might reflect poorly or have repercussions on us as student leaders,” said a Mason Resident Advisor, who asked to remain anonymous.

“We do a lot for the university and I don’t always think we’re fairly compensated and I don’t think they necessarily always look out, especially for student leaders, with the issue of well-being,” they said. “With my residents I’m expected to help them with a crisis situation, to talk them out of suicide, but that’s such a taboo topic when I’m having suicidal ideations, so they’re not always looking out for my best interest as an employee.”

Other students say they have had a more positive experience working for Mason.

” I have had a very good experience working for Mason as a student employee,” said Nathan Ammons, an employee at admissions. “My supervisor has given me an incredible amount of support as I continue to grow both personally and professionally. In addition, I have forged some really good relationships in the office.” 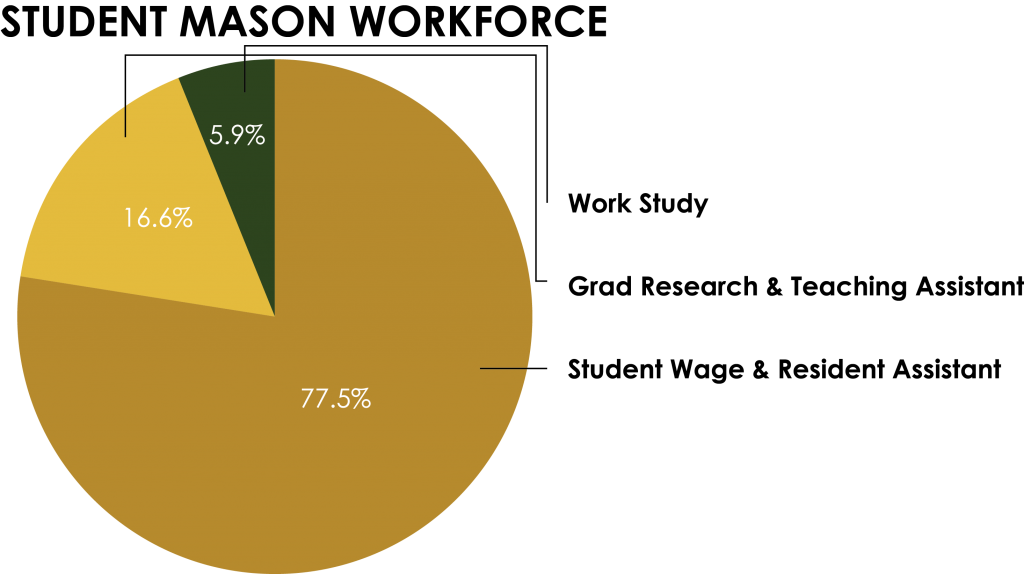 Senior Farheen Syed, who has worked at the JC Star Lab and at the Prince William campus, echoes these thoughts, saying she has had a positive working at both.

“People in general are very welcoming, receptive to students and give them every opportunity to shine, excel, and network,” she said.

Another student employee, who wished to remain anonymous, said his experience working at the Mason Card Office was enjoyable.

“The directors really want to see me grow in the position, and they are all really interested in getting to know about my career goals and how they could help me develop skills working through college,” he said.

This story was originally published in the Sep. 15 issue of Fourth Estate.

X-Men: Days of Future Past Review