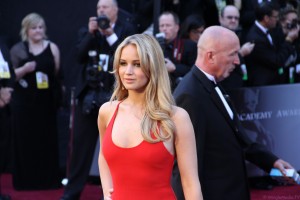 Women received yet another reminder of society’s disdain for their gender this past Labor Day weekend when an anonymous hacker flooded the Internet with nude photos of various female celebrities, including Jennifer Lawrence, Kate Upton, Hope Solo and Rihanna. Although some, like singer Ariana Grande and actress Victoria Justice, said the pictures supposedly of them were fake, many of the other victims confirmed their authenticity. The discussions that followed covered wide-ranging topics, including headline semantics, the nature of modern, digital communications and public figures’ right to privacy. Even the British tabloid The Daily Mirror published a surprisingly thoughtful yet scathing think piece.

To me, the most enlightening and important conversations were those that focused less on the specifics of this particular incident and more on how it fit into a broader social and cultural context, reflecting deeply ingrained societal attitudes toward women. Issues of privacy and digital security are certainly worth considering, but more than anything else, this controversy highlighted the way women are still both relentlessly reduced to their body parts and prohibited from expressing their own sexuality except as objects for others’ consumption, filtered, as always, through the lens of the male gaze.

Not all of the responses to this mass photo theft were supportive, intelligent or empathetic. A likely well-meaning but misguided hashtag trended on Twitter. Victim-blaming and slut-shaming abounded, as some argued that the celebrities involved should have been more careful, questioning why they took the pictures in the first place and declaring that, because they are famous figures, they should not be surprised when aspects of their personal life seep out into the public sphere. While not everyone who voiced these opinions was necessarily a raging misogynist, these attitudes reveal seemingly contradictory desires to both police women’s sexuality and assert ownership of their bodies, as if these women exist only to be looked at and possessed. Just look at actress and victim Mary Elizabeth Winstead’s Twitter mentions and replies for evidence of the ugliest strains of this behavior.

What most depressed me about this whole situation, however, was how ultimately mundane it seemed. This is far from the first time private nude photos of female celebrities have surfaced online. Scarlett Johansson threatened legal action against websites that posted nude pictures of her that appeared in 2011, and back in 2007, Disney pushed a then-18-year-old Vanessa Hudgens to apologize for a nude photo of herself – just to name two of the more recent, high-profile examples.

This was merely one chapter in a long saga of misogyny and entitlement in pop culture. It’s in the vitriolic abuse regularly directed at video game critic Anita Sarkeesian whenever she releases another part of her “Tropes vs. Women in Video Games” series, harassment that reached a new level last week when a particularly threatening commenter forced her to flee her home in fear of her own and her family’s safety. It was in this year’s Emmy Awards ceremony when the president of the Academy of Television Arts and Sciences, the organization that hands out the awards, told actress Sofia VeRgara to stand on a literal spinning pedestal to “distract” viewers from his boring speech on diversity. It’s in the fact that Johnny Depp, Ridley Scott and any number of men still have thriving careers despite not producing any genuinely good work in a decade, while women like Holly Hunter, Monster director Patty Jenkins and Halle Berry struggle to find work, if they even still have a career at all. That’s not even counting the innumerable women who never got the chance at a career in the first place, thanks to Hollywood’s utter lack of opportunities for female actors, writers and directors. It’s present every time women are critiqued for not having the right body type, not aging well, not wearing a flattering dress on the red carpet. To be a woman in the public eye is to be constantly striving for perfection and to inevitably always fall short.

It’s easy to wonder why we should care. Especially with celebrities as successful as Jennifer Lawrence, the temptation to just say they can get over it with their piles of money is perhaps understandable, if callous. However, incidents like this matter because, although factors like race, economic class and sexual orientation can affect the form or degree of marginalization they experience, all women are forced to deal with issues of sexism, within a culture that’s bent on controlling, objectifying and degrading them and that threatens abuse and violence if they don’t – or even if they do – comply. The phenomenon of revenge porn has become so common that some states, including Virginia, have adopted laws specifically banning it.

College campuses and other institutions of education are key to changing and improving this culture. University police and administrations need to take problems of sexual assault on campuses seriously and to hold perpetrators, not victims, responsible. Students should speak up when they see or hear misogynistic behavior, whether it’s as seemingly trivial as a derogatory slur or as overt as sexual abuse.

After all, if the fame, wealth and privilege afforded to celebrities aren’t enough to make them immune from misogyny and harassment, what hope do women without those protections have?