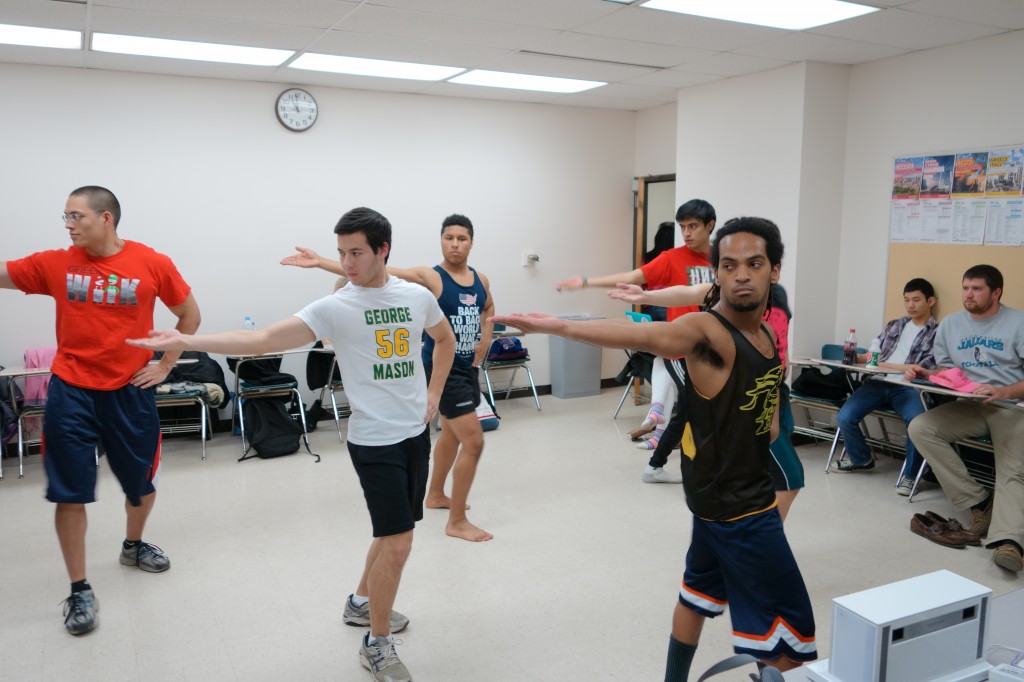 The clock struck midnight on March 27 as some Mason students were winding down for the night, and others were settling into their night festivities. For some groups of students from Mason’s Greek life community, the turning of the day signaled just the halfway mark in their daily preparation for the Greek Sing competition.

Greek Sing is the culmination of Mason’s Greek Week, an annual competition among fraternity and sorority life at Mason. It is an event that allots Greek organizations 15 minutes to put on a singing, dancing and theatrical-intensive variety show.

Greek Sing is worth the most points in Greek Week competition, and as a result, Greek organizations devote the most time and energy into perfecting their routines. Practices have been known to go from 10 p.m. to varying times of early morning on business days for weeks on end depending on the will and dedication of a given Greek chapter.

Even with the inclusion of the multicultural and national-panhellenic organizations, most of the creative direction of Greek Sing lies with the traditional frats and sororities. The working process of each team varies from organization to organization.

This year was the inaugural year of existence for Pi Phi at Mason, and the collaborative creative process was partially focused on acclimating the chapter into the typical workflow for Greek Sing.

“They have been surprisingly helpful, and they are very eager to come in and contribute and they’ve all had a lot of great ideas,” said Drew Henderson, social chair of Delta Chi.

Delta Chi itself is a recently chartered chapter at Mason, starting in 2009. Mark Vannoorbeeck, Greek Week chair for Skulls saw the difference working with Team Honolulu from last year’s Greek Week which paired Skulls with Alpha Phi, who he said had a much more time and effort-intensive practice schedule for Greek Sing.

Henderson said the process for putting together the team’s performance went on over a couple of weeks, starting in earnest the week after spring break. While some organizations began well before that, Team Honolulu believed they had enough time to craft their performance within their own parameters.

“Our practices were never more than four hours, because after four hours, nothing gets done,” Henderson said.

Will Morrissey, Greek Week chair of SAE, said the practices for Team New Orleans began the week of Feb. 18 and was largely directed by Chi Omega.

“It goes through the initial get together of who can actually dance, sing, who’s got talent,” Morrissey said. “Then we kind of let the sorority take charge on this since it seems to be more up their alley.”

Deepika Sharma, a sister of Chi Omega, senior and cast member said working with other organizations has resulted in Chi Omega scaling back Greek Sing practices.

The chair of Greek Week for Kappa Sigma, Andrew D’Amato, has been involved with Greek Sing for all four years he has been at Mason, so he was aware of the time and effort required to pull off a competent routine. Deanna Britt-Edwards, Greek Sing chair for Alpha Xi Delta, was less prepared for the logistical challenges of organizing Greek Sing.

“The time commitment has been a lot more than I expected than when I signed up for this position. It’s not just the practices we have [at the Kappa Sigma fraternity house], it’s planning beforehand for the dances,” Britt-Edwards said. “It’s also taking time to think of the props that we’re going to need. Where am I going to find those? How are going to make them? Today, I got up and left to go to Maryland to go to find rhinestones at like 10 o’clock this morning and I got back to Virginia at 3:30.”

The Greek Sing competition showcased the effort and time devoted to the competition by all the teams involved. The event came to a standstill for nearly half an hour in a scary moment during the closing minutes of Team Miami’s performance when Alpha Phi sister Laura Osgood collapsed onstage and medical personnel came to her aid. Osgood was transported out of Dewberry Hall and taken to the hospital for treatment. Team Miami chose to finish the remainder of their performance.