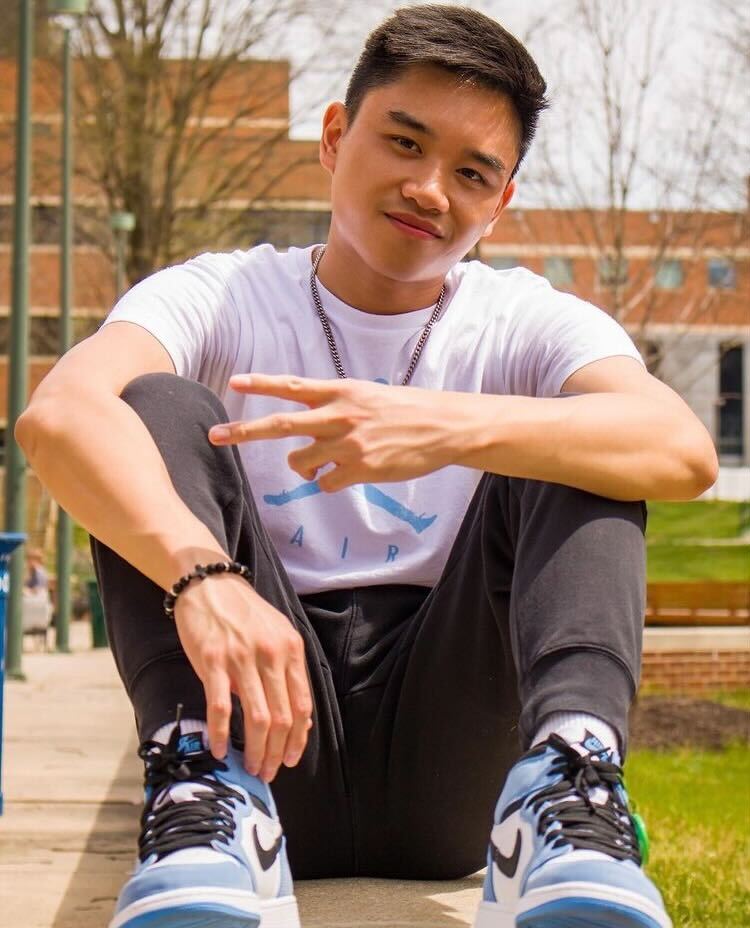 Coming to Mason in 2021, sophomore Cody-Kyle Salenga has been making a name for himself on campus for his music. While some people may know him personally as just Cody, those who listen to his music, know him as Steph Cody.

“It all started by a friend of mine. His name is Zayne and goes by ZZZBow; he dropped a song in April of 2018. [His song] got me thinking of some lines to do and I found a cool beat on YouTube, and two weeks after his release, I put out the song “That’s just life” and it all took off there” said Salenga.

Performing with ZZZBow at Mason In Color back in January of 2022, Salenga admitted “That was the first time when we went on stage together [at Mason] and it was a full circle moment for me and him. It was special to perform a bunch of our songs that came together as a mashup.”

While there was a small break he took after performing in Mason In Color, it did not stop him from writing songs or working in the STAR LABS studio. After taking time off from performing, Salenga then went on to audition and perform for Mason Day in April of 2022.

“That was insane because, first off Dominic Fike, that itself brought a lot of attention to the event. Then to perform right before him, because his act was big; it got a huge crowd going for our performance as well” Salenga said. Salenga also was appreciative of the opportunity to open up to Fike for the event and found the experience to be crazy as he hopes to one day become the main event.

Along with performing, Salenga has found that coming to Mason has increased the exposure to his music as well as influenced the content he is creating, especially when comparing when he first started in high school. “Coming to college definitely has increased the things I write about and really has opened up so many opportunities to connect with people. My newest release, “NEW SZN,” would have been something I would never put out if I hadn’t come to Mason,” said Salenga.

While he just released “NEW SZN,” Salenga shares that there are more songs in the works, including with a few new artists who arrived at Mason with the freshman class of 2022. “Maybe you’ll hear GMU Artists Avengers somewhere; that’s a little group chat we got going on for us artists here at Mason,” Salenga said.

While he is working with new artists attending Mason, Salenga offers advice to students who want to dabble in music. “Make sure you stay true to what you like to do. Sure, it is great to change it up over time, but still, have your heart and soul into it” he shares. As well, Salenga mentions making sure that a person should not change who they are based on who listens to them or who they hang around with.

On Oct. 6th, Salenga performed on stage again for Mason in Color with a new artist, A MACO.  Although “he is not new to [music], he’s been around, but me and him did a collaboration” said Salenga. In addition to performing with A MACO, Salenga shared his culture through singing a Filipino cover of the song “Hamig Natin.”

“God has blessed me with all these opportunities. Without him, none of this would be possible; I never take any of this for granted. And up to this day, I still get nervous and excited [when performing].” said Salenga.