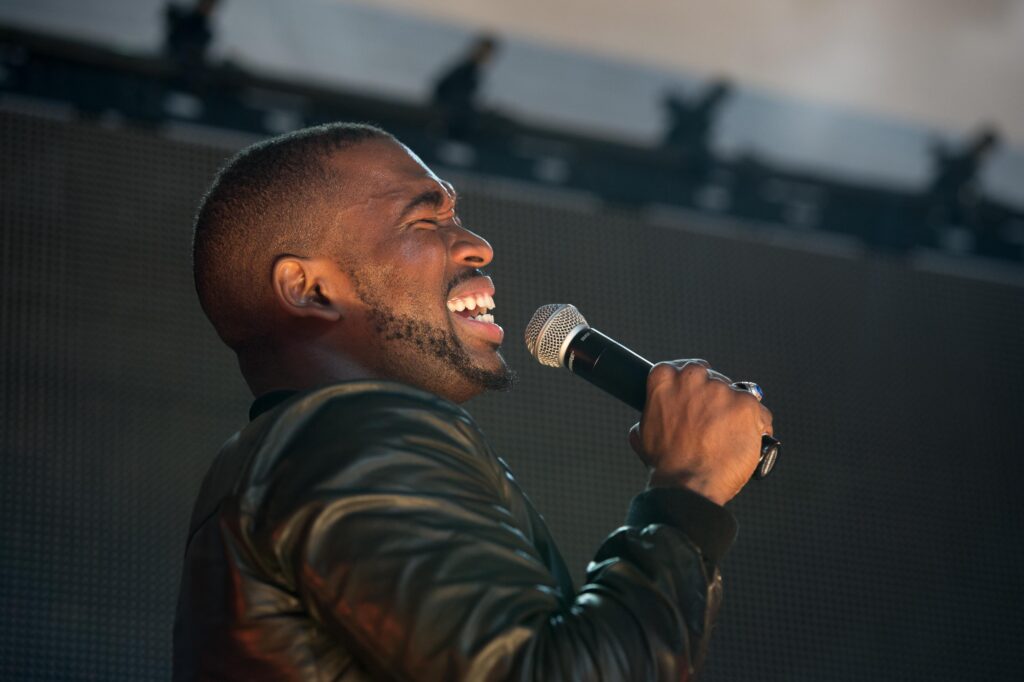 You may have seen posters around campus about a stand-up comedy show headlined by none other than Virginia-born Jay Pharoah. Known for roles on “Saturday Night Live”, “Family Guy”, and the upcoming biographical film “Spinning Gold”, Pharoah has made a name for himself on the comedy scene. When I saw that such a big name in comedy was going to come to Mason to headline a comedy show, I bought a ticket and went to see the show for myself. I came out of the show laughing and in a jovial mood.

As soon as Jay Pharoah shuffled his way on stage, all bets were off. He dove right into his routine, drawing applause and laughter in the process. Even though none of his jokes can be appropriately described in detail here, I can best describe them as off the rails and just the right amount of edgy. Not all of his jokes landed with the crowd of eager college students, but when he did go a bit too far, he always managed to ring in the crowd once more. I think my favorite parts of the show were the impressions, which were spot on. In fact, at the end of the show, he took requests for impressions from the audience, which was a nice touch to conclude the show.

Even though this was a comedy show, Pharoah was not afraid to make powerful statements on issues like abortion rights and police brutality, as well as on the inaction of politicians on such issues. It was a bit weird to see Pharoah make such political statements during a raunchy comedy show, but he at least made such remarks at appropriate times.

Pharoah’s best joke in my opinion was about his experience being drugged at a party. While this is a sensitive topic for many people, Pharoah made it work well with funny sound effects and clever quips. It is unfortunate that such a thing happened to him, but I admire that he took an event in his life that was pretty traumatic and turned it into a humorous comedy routine.

Another routine I respected was his description of an encounter with the LAPD he had in 2020. While on a jog, he was racially profiled and handcuffed by police officers, who eventually let him go when they figured out who he was. Pharoah expressed his rage at this traumatic run-in with the police, especially during the George Floyd protests against police brutality against African Americans. Overall, it was brave of him to detail such an event that would have left so many people traumatized at best or dead at worst.

Overall, the performance was excellent, and Jay Pharoah deserves all the praise he gets. His jokes were funny, his impressions were uncanny, and his story was empowering. His performance left a lot of Mason students crying with laughter and leaving the venue feeling happier. A funny comedy show from a professional comedian was just what Mason needed to become at least a little bit happier.