The festival was packed full of excited students, many of whom waited patiently to see the famous artist and actor Dominic Fike perform. 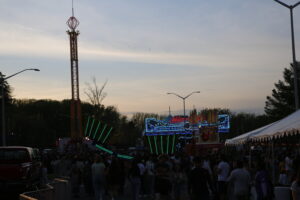 “I was really surprised when I heard Dominic Fike was going to perform at Mason. I had heard most of his music before, so it was a really cool opportunity to see him live. It was nice to see the Mason band together. Overall, Mason Day was a lot of fun! It was a great way to spend the last few weeks of my last semester,” senior Kylie Robinson said. 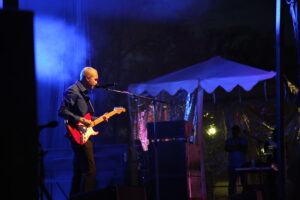 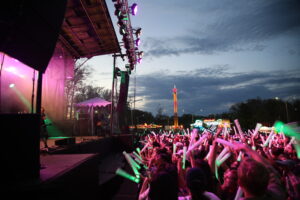 The concert and festival were a real hit–some students even believe it served to revive Mason’s school spirit.

“I feel like the festival impacted school spirit in a positive way. I just transferred to Mason this semester so far, it’s been one of the many times I’ve seen so many students together. A majority of the students were wearing Mason shirts and showing off their school spirit. It was a good way to get everyone involved with student life and revive the liveliness that might have gotten lost throughout the semester as we wind down towards the end of it,” said junior Michael Castro.

Mason Day brought students together and even offered new opportunities for some of them, such as performing at the festival. In addition to the headliner, eight student performances were featured on the stage throughout the event.

Benjamin Freedman, a student at Mason said, “I had been so nervous the whole day, but as soon as I got on stage, I was like… ‘Oh, this is actually gonna be fun.’ And the crowd was GREAT. Cheering, clapping, moving, the whole nine yards. Literally couldn’t have asked for a more energetic group. Such a fun group. This was the first show of original material I’d ever done that wasn’t just me and an acoustic guitar.” 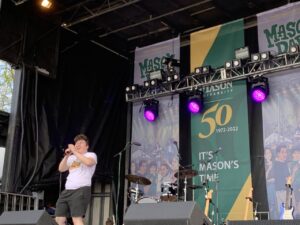 “It was a different experience. I was able to go to a free concert and enjoyed free rides with my friends,” said Katherine Hernandez. 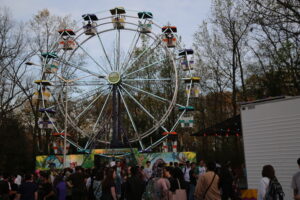 Although a lot of students enjoyed the free experience, some felt that certain aspects of Mason day could use a bit of improvement for next year.

“The crowd was 90% lines when I got there. I think efficiency could have been improved, maybe by requiring people to sign up for time slots? I know that isn’t super fun, though. There was a lot of trash left behind, which was really unfortunate to see, especially on Earth Day. More waste stations, including recycling (and, in an ideal world, compost), were definitely needed,” said Freedman.

Although Mason Day could have used a few improvements for next year, most students were satisfied with their time at the festival.

“I thought it was a good escape from a busy schedule and homework. My favorite part was probably being in an environment where you can meet new people and make new friendships. I spent the day with a lot of people that I didn’t know before getting there and honestly, it was a great time,” said Castro. 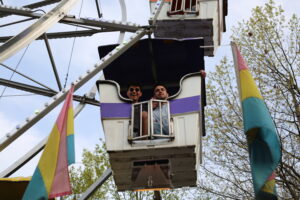 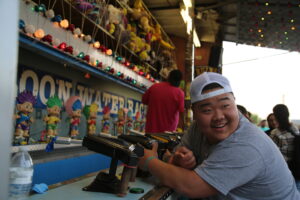