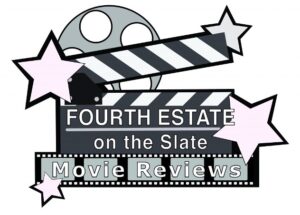 The 2013 film “About Time” with lead actors Rachel McAdams as Mary and Domhall Gleeson as Tim, will warm your heart. This movie was written by Richard Curtis, who also wrote the romantic comedies “Love Actually”  and “Notting Hill.” The way it was written shows a very unique point of view on the importance of relationships, and on family and the roles they play in one’s romantic relationships.

The film is shot in both London and the south Cornwall coast. The family’s house, where the first half of the movie is shot, is absolutely stunning. Capturing the house in such a beautiful way shows the importance of togetherness, showing how the family is the core that holds individuals like Tim and his sister, Kit-Kat, together.

The movie opens at a New Year’s party, leading into the next morning where Tim discovers he now has time-traveling powers, making him question what to do with the power. Ultimately, Tim decides since he can’t change the world, he will find himself a girlfriend. He’s a bit of a hopeless romantic.

Tim’s first love was a girl named Charlotte. He tried to get her to fall in love with him, but unfortunately this taught him his very first lesson of time travel.

“Big lesson number one, all the time travel in the world can’t make someone love you,” said Tim.

Heartbroken, Tim sets out to the city of London in search of a different life and a lovely lady to go along with it. A night out with his friend Jay, played by Will Merrick, leads to a (quite literal) blind date with a woman named Mary, which evolves into the possibility for a blossoming romance. With the simple request for a telephone number, Tim’s phone had now become his most valuable possession.

As Tim’s growing love for Mary evolves from this night, a sudden lapse in time travel judgment manipulates the timeline so that Tim has never really met Mary at all. The day they met no longer exists.

Tim is now in a desperate race for clues in order to track down Mary and meet her for the “first time” again. Eventually, through some trial and error, he is able to regain her heart.

This journey evolves into a beautiful love story, but also one that contains a secret — Tim never once shares with Mary his ability to travel back in time. We can only assume he doesn’t share this knowledge because either he thinks Mary won’t believe him or it would jeopardize this perfect relationship that Tim took so long to build.

My favorite thing about this story is how real it feels. It doesn’t depict fairytale love, but rather a real one. It shows struggles and teaches the audience some very important lessons.

The first lesson is that life can be tough, and can have some ups and downs. The second one is that we can not fix everything. Lastly, we must be thankful for the moments we have in the present time with those we love.

Tim realizes that regardless of his gifted ability to time travel, he can not stop things from happening in his life. Tim must let time “run out” and just sit back and enjoy moments he has in the present moment. This alludes to a bigger theme, one that many of us struggle with in our lives, about not worrying so much and just allowing ourselves to be present in the moment.

“We’re all traveling through time together every day of our lives,” Tim said. “All we can do is do our best to relish this remarkable ride.”