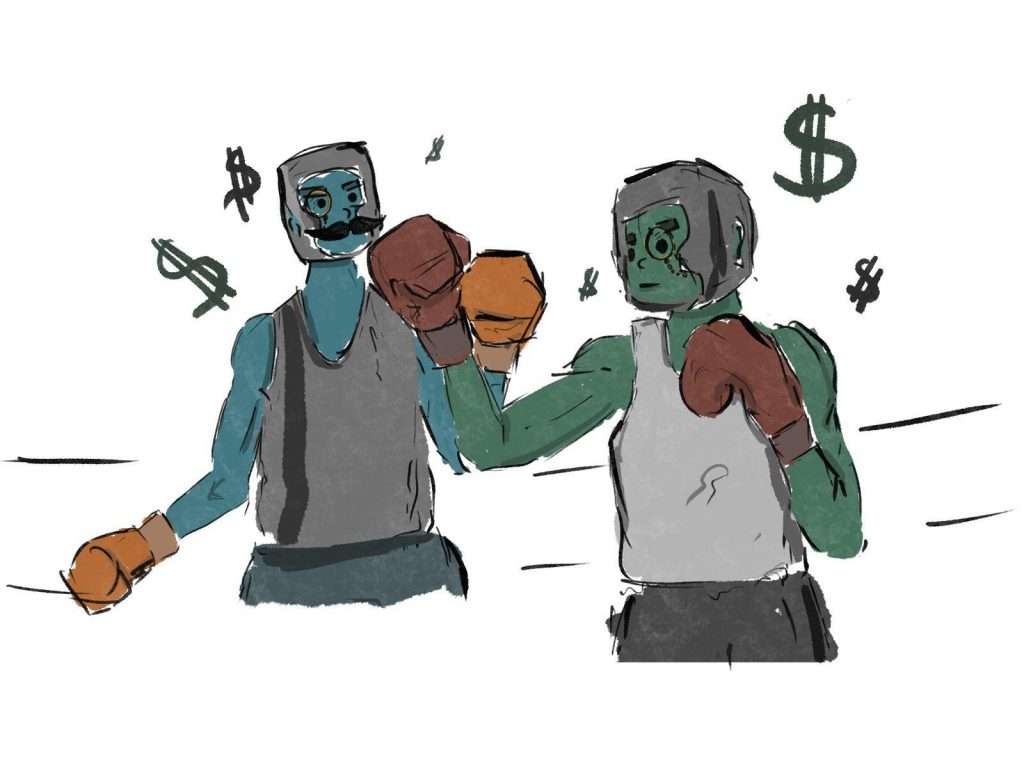 I often see great animosity towards the wealthy from my peers. Although I don’t share their resentment, I am frequently confused that their solution for fighting against the wealthy elites is to expand the government’s power. To me, this solution is as preposterous as fighting a fire with a flamethrower.

In the book “The Other America” by Michael Harrington — a founder of the Democratic Socialists of America — he makes the claim that we have capitalism for the poor and socialism for the rich. In a way, he’s right. The rich can afford lobbyists who push for corporate welfare and tax breaks, whereas the poor are left to play in a game where the rules are written by the people already ahead.

Dr. Ronald Bird from the Chamber of Commerce wrote, “As Congress delegated increasing regulatory authority to executive agencies, federal regulations grew from 9,745 pages in 1950 to over 174,496 pages through 2014. Ten percent of this total has been added just since 2009.” According to our very own Mercatus Center, finance is one of the most heavily federally regulated sectors in our economy.

Clearly, more regulations do not guarantee justice. In the savings and loan scandal of the 1980s, the Justice Department cracked down on bankers and about 1,000 people were prosecuted. Yet, after the later and more severe 2008 crisis, only one Wall Street executive was convicted of a crime. How is it that with more ways to nail the rich through regulations, they seem to get away with more?

One reason is regulatory capture. This happens when people who work in some regulatory agency in the government leave and become employed by the industry they previously regulated. Because they essentially helped write the regulations, they are the perfect advisors to businesses on how to overcome them. Smaller competitors who don’t understand the many regulations of their industry are at a significant disadvantage.

But what about raising tax rates? As it turns out, that doesn’t really work either. In 2018, Amazon had an income of over $11 billion and not only paid $0 in federal income taxes, but actually gained a tax refund of $129 million, even though the corporate tax rate at the time was 21 percent.

Our complex system of how much one pays — or doesn’t pay — in taxes is monstrous. If one includes all of the statutes, regulations and case law associated with the tax code, it measures to around 70,000 pages in 2014 according to the Tax Foundation. One would need an army of lawyers and accountants to understand it, let alone exploit loopholes. That’s an advantage multi-billion dollar corporations have that people like you and I could not even dream of.

To reduce these unfair advantages the rich have over those on the rise, why not reduce and simplify the rules of the game so that everyone can play? Why should our government pick who to make rich through corporate subsidies and bailouts and who to stifle through complex rules? Why does Nike receive more than $2 billion in taxpayer dollars to sell overpriced shoes? Am I to understand Nike is some struggling company in desperate need of taxpayers’ help in order to protect its Uighur forced laborers? Or is it more prudent to assume it is more connected with the government and can lobby more effectively than its competitors? Probably the latter, being that Nike made a net income of $2.54 billion in 2020. This is nothing new. Our system — like all intentionally designed systems — is built to help the established insiders and restrict new challengers.

History has shown that government involvement in what could be handled by private enterprise only creates opportunities for corruption. In 1847, the U.S. government gave millions of dollars to entrepreneur Edward Collins to start a steamship enterprise, but Collins was outmatched by shipping and railroad magnate Cornelius Vanderbilt, who didn’t receive a dime from the government.

Why? Collins wasn’t motivated to improve because it wasn’t his money on the line, whereas Vanderbilt had the financial incentive to do better — because if he didn’t, he would go out of business. After two of Collins’ ships crashed and killed nearly 500 passengers, he spent one million more taxpayer dollars to build new ships before Congress finally gave up on him.

The more powerful our government becomes, the greater incentive the rich will have to foster a corrupt relationship between themselves and the government. Even if we expand the government to punish the corrupt rich, they will only use their clout to create a climate which prohibits growth of their competitors. So why not subject the rich to more competition? If you really want to “eat the rich,” force them to compete against each other. If society really is just class warfare, and the struggle is between the rich and the rest, the rich will win everytime. So let the rich eat themselves.

WE HAVE TWO BRANCHES OF GOVERNMENT NOW